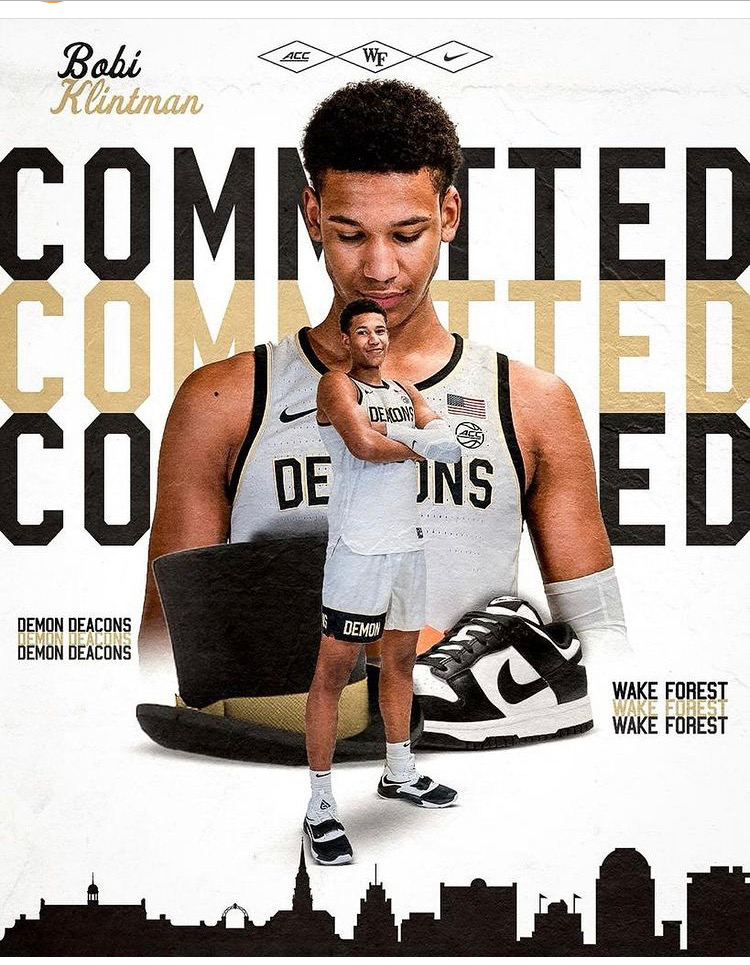 By ADAM ZAGORIA Four-star forward Bobi Klintman is headed to Wake Forest, he announced Friday. He visited the ACC school Friday and chose them over Seton Hall. The 6-foot-9, 200-pound small forward from Sunrise (KS) Christian Academy initially chose Maryland over Rutgers, Kansas, Texas A&M, Loyola-Chicago and Virginia in October, but re-opened his recruitment after the coaching change that saw Mark Turgeon step down and eventually get replaced by Kevin Willard. He then committed to Colorado last month but recently announced he would no longer be going to Colorado due to “some problems with the admission.” “Bobi has an outstanding skill set at 6-foot-9 with the ability to shoot from deep and make plays for others,” Sunrise Christian head coach Luke Barnwell said when he committed to Maryland. Originally from Kinna, Sweden, Klintman moved to the United States in April to join a Sunrise Christian team that features class of 2022 five-star Duke-bound forward Mark Mitchell, four-star Kansas commit Gradey Dick and four-star Florida State commit Cameron Corhen, as well as class of 2023 four-star guard Layden Blocker and three-star forward Scotty Middleton. This post was updated at 8 p.m. on May 13. Follow Adam Zagoria on Twitter Follow ZAGSBLOGHoops on Instagram And Like ZAGS on Facebook