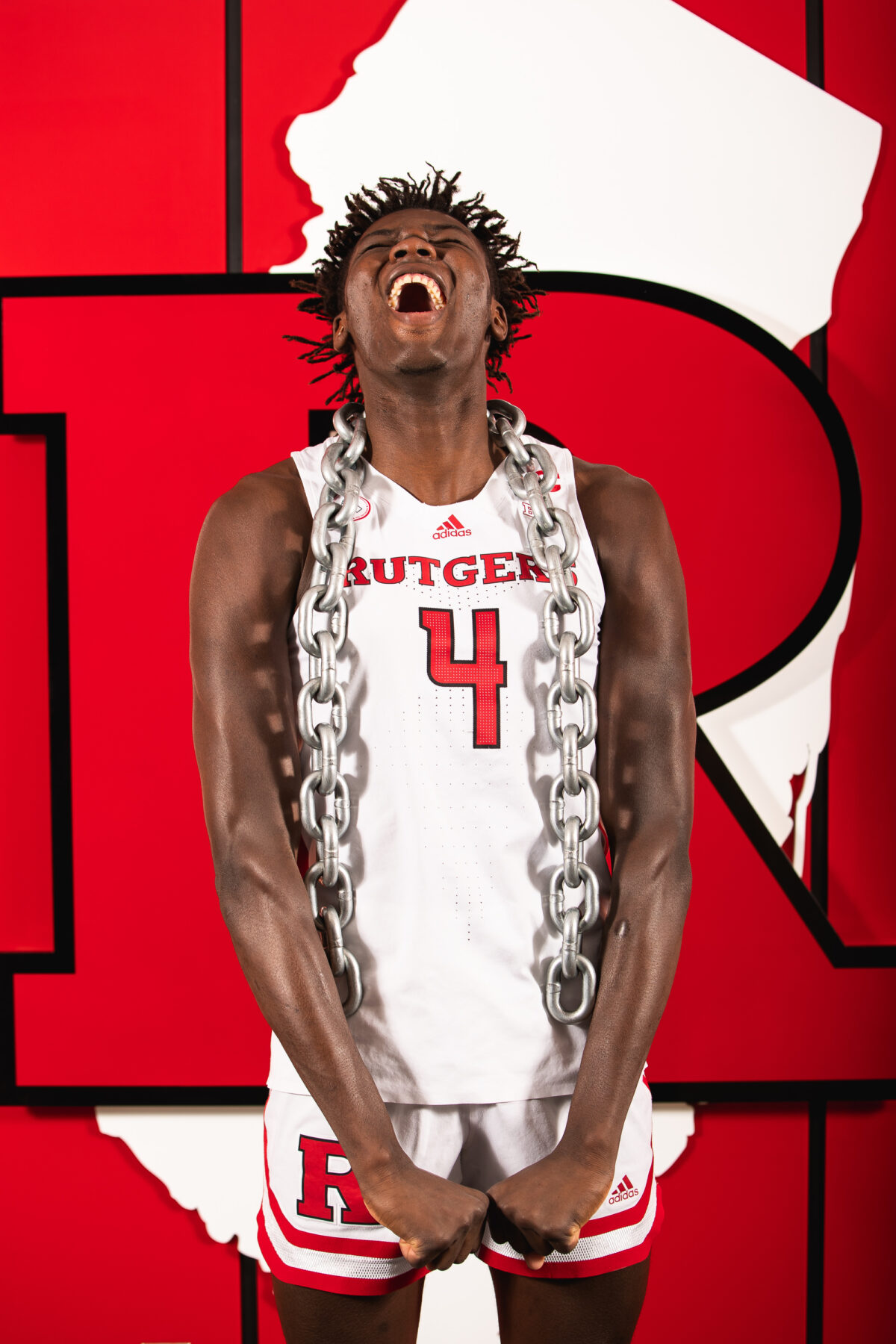 By ADAM ZAGORIA Papa Kante, the 6-foot-10 four-star Class of 2023 big man from South Kent (CT) and the NY Rens, took an official visit to Rutgers over the weekend and has several other visits planned. “The visit went pretty good,” he said. “I like the school. The staff, they’re all really good people. “Their message is “We want to coach you, and want to help you to be the best person you can be on and off the court at the next level and help you to reach your goals.'” Kante will next visit two other Big Ten schools: Michigan (June 14-16) and Maryland (June 20-22). He also plans to visit Pitt this summer and possibly Missouri. Michigan coach Juwan Howard was among those watching Kante last month at the Nike EYBL stop outside Orlando. Illinois, Miami, Seton Hall, UConn, Georgetown, Kansas, and a barrage of others are in heavy pursuit. “He’s a real student of the game and a sponge,” South Kent coach Raphael Chillious told ZAGSBLOG last month. “He’s only been playing for three and a half years, but has picked the game up quickly because he’s a film junkie and an absolute gym rat.” While he’s still developing a refined back-to-the-bucket game, Kante’s game is translatable to the highest level of play because of his advanced footwork.  Kante’s versatility and physicality enable him to be a veritable defensive backbone.  “Defensively his motor is so high and he moves his feet so well, he can switch 1-5 defensively,” Chillious said.  Rutgers also hosted Class of 2023 Expressions Elite wing Gavin Griffiths and is hosting St. Bonaventure transfer Kyle Lofton, a New Jersey native who played with The Firm AAU squad alongside current Rutgers big man Cliff Omoruyi. Asked their message, Lofton said, “Starting” and “being the guy.” (This post was updated June 2.) Follow Zach Smart on Twitter Follow Adam Zagoria on Twitter Follow ZAGSBLOGHoops on Instagram And Like ZAGS on Facebook