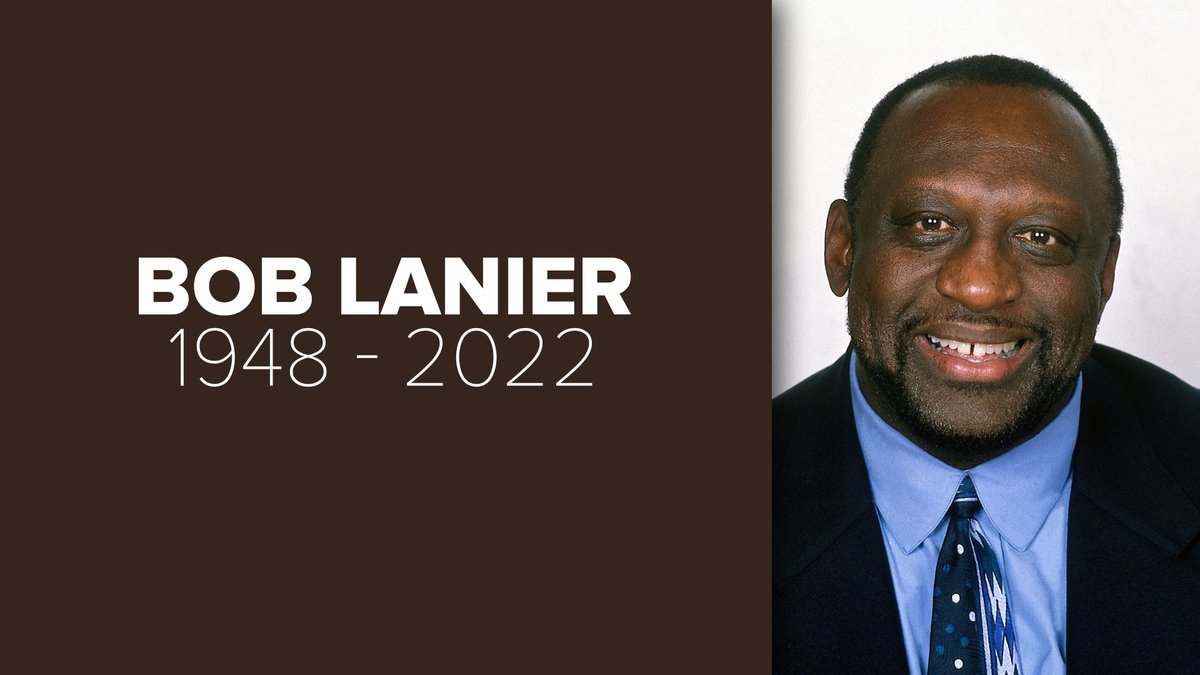 Bob Lanier, the greatest basketball player in St. Bonaventure history, died Tuesday evening surrounded by family in Arizona, the school announced. He was 73. The Reilly Center Arena court where the Bonnies have played since 1966 was named after Lanier in 2007. “The spirit of St. Bonaventure is bigger than any one man, but no singular soul in 164 years has ever brought more honor, dignity, glory and love to bear at Bona’s than Bob Lanier,” said Mike Vaccaro, ’89, New York Post columnist and the foremost historian on Bonnies basketball. “Bob transcended race, united a campus and, by the way, was one of the best basketball players who ever lived. He will be synonymous with St. Bonaventure eternally.” The No. 1 overall NBA Draft pick by the Detroit Pistons in 1970, Lanier led the Bonnies to an undefeated regular season in 1968 (23-0) and the NCAA Final Four in 1970. But the All-American center suffered a serious knee injury in the 1970 East Regional title win over Villanova but the short-handed Bonnies couldn’t overcome his absence in a 91-83 loss to Jacksonville in the national semifinal. NBA Commissioner Adam Silver issued the following statement this morning: “Bob Lanier was a Hall of Fame player and among the most talented centers in the history of the NBA, but his impact on the league went far beyond what he accomplished on the court. For more than 30 years, Bob served as our global ambassador and as a special assistant to David Stern and then me, traveling the world to teach the game’s values and make a positive impact on young people everywhere. “It was a labor of love for Bob, who was one of the kindest and most genuine people I have ever been around. His enormous influence on the NBA was also seen during his time as President of the National Basketball Players Association, where he played a key role in the negotiation of a game-changing collective bargaining agreement.” “I learned so much from Bob by simply watching how he connected with people. He was a close friend who I will miss dearly, as will so many of his colleagues across the NBA who were inspired by his generosity. We send our deepest condolences to Bob’s family and friends.” Lanier was awarded an honorary doctorate by his alma mater in 1985 and the Gaudete Medal, the university’s highest service award, in 2004. In an interview on the day of the Reilly Center Arena floor dedication in 2007, Lanier wept recalling how devastated he was not being able to play in the Final Four. “We were kind of warriors … in this trench together, and we had one focus: to win an NCAA title. I don’t mean this to be trite: We honestly loved each other and would go through the wall for each other,” Lanier said, recalling the preseason goal the team had set for itself over beers and burgers at The Burton. “We get to the tournament and we were just rolling through people. And then the worst thing in the world that could happen (vs. Villanova) – Billy’s (Kalbaugh) going down on a break, I turn around, and boom, a guy falls into my knee. I didn’t even know at the time I tore my knee up. But when I ran back down the court and tried to pivot, my leg collapsed. I didn’t know at the time I had torn my MCL. “It hurt me to my heart that my guys were going (to the tourney) without me,” Lanier said, wiping tears from his cheek. “It’s just that you’re not there to help them. I was in a hospital bed and I watched them bust their butts against Artis (Gilmore) and Pembrook (Burrows) and I know that I could have helped them overcome that. They made me so proud. “I think about the lasting memories and the lasting friendships I have to this day because of those guys I was in a trench with for so long.” (Release via St. Bonaventure) Follow Adam Zagoria on Twitter Follow ZAGSBLOGHoops on Instagram And Like ZAGS on Facebook