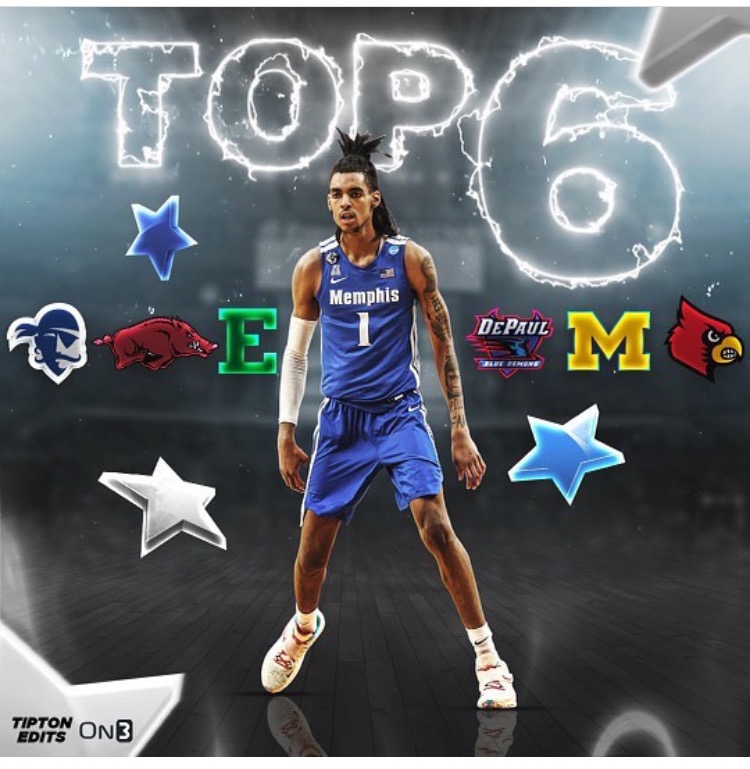 By ADAM ZAGORIA Emoni Bates has cut his list of potential transfer destinations to six. The heralded 6-foot-9 freshman forward from Ypsilanti, Michigan is down to Arkansas, DePaul, Eastern Michigan, Louisville, Michigan and Seton Hall, per Tipton Edits. Louisville is the favorite, as I wrote over on Forbes Sports. A source close to Bates said not to expect any further news on his plans until mid-June. Bates announced his transfer from Memphis on April 16. He averaged 9.7 points and 3.3 rebounds in 18 games for Memphis, but did not play from Jan. 27-March 17 due to a reported back injury. He played a total of 15 minutes in two NCAA Tournament games, including 12 when Memphis lost to Gonzaga March 19 in the second round. Bates initially committed to Michigan State before decommitting in April 2021. He then reclassified ahead a year in order to enroll at Memphis under coach Penny Hardaway, the former NBA star. This post was updated on May 11 at 4:13 p.m. Follow Adam Zagoria on Twitter Follow ZAGSBLOGHoops on Instagram And Like ZAGS on Facebook