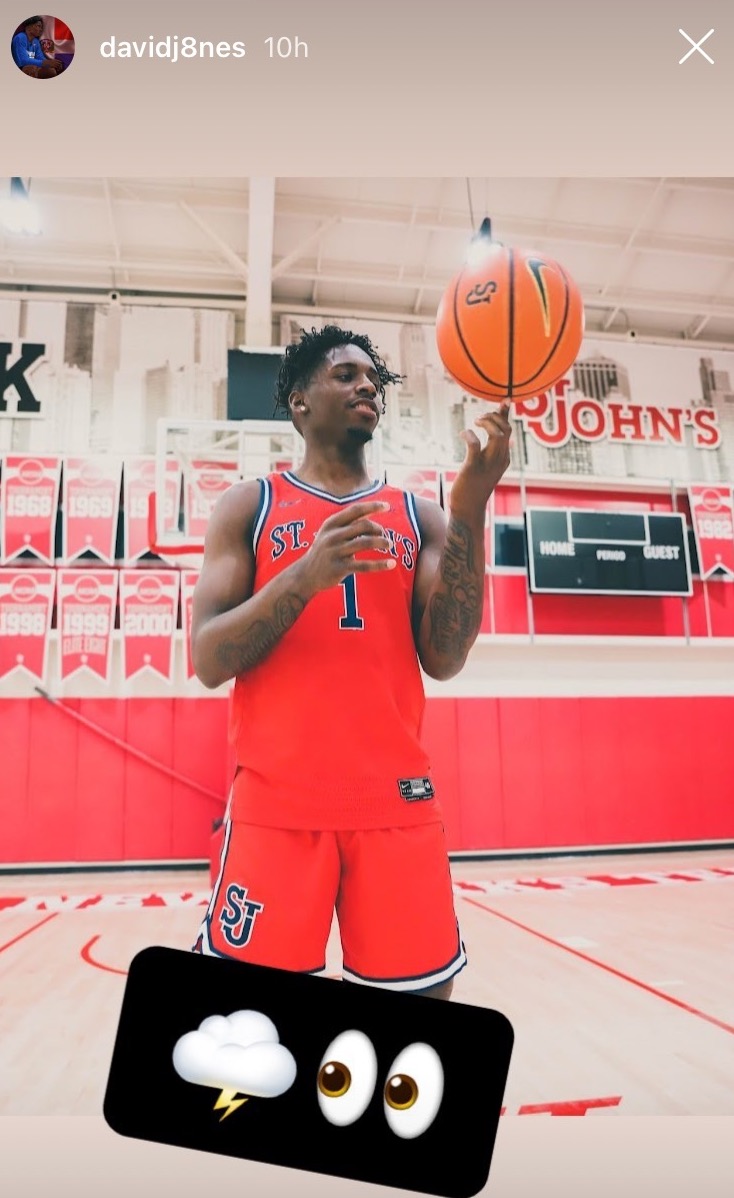 By ADAM ZAGORIA St. John’s coach Mike Anderson has already landed one key transfer in ex-Illinois point guard Andre Curbelo. Now he’s added another. After the Johnnies hosted 6-foot-6 DePaul transfer David Jones on a visit the weekend of May 1, he committed. The school made it official on May 9. “David is a dynamic player who has plenty of experience competing in the BIG EAST and on the international level,” said St. John’s coach Mike Anderson. “We are thrilled to have this young man who has great charisma join the St. John’s Basketball program. David will bring toughness and a relentless work ethic on both ends of the floor. He plays with an edge. He’s terrific scorer and rebounder with tremendous athleticism and will be a perfect fit for our style of play.” In 28 appearances last season, 27 of which were starts, Jones finished in double figures 21 times with seven 20-point outings and one 30-point performance.  Jones also led the Blue Demons and placed 10th in the conference in rebounding, pulling down 7.4 boards per game.   He also paced the Blue Demons in steals with 47 and ranked 12th in the league with 1.0 blocks shots per game.  This past season, St. John’s ranked in the top 15 nationally in both steals and blocks per outing.  Jones, a three-time Big East Weekly Honor Roll pick, captured national headlines in early December following a 33-point, 14-rebound effort in the Blue Demons’ road win at Louisville during which he shot 15-of-22 from the field.  A month later, Jones tallied 24 points and eight boards in a home win against Seton Hall before posting 26 points in the following game against Xavier.  The 6-foot-6, 195-pound small forward from Teays Valley (WV) Christian School initially chose DePaul over Illinois, Louisville, Oregon, Maryland, Pittsburgh, Houston and Clemson in August 2020 and enrolled the following January. According to 247Sports.com, Jones was ranked as the No. 17 small forward and No. 82 overall prospect in the Class of 2021. This post was updated on May 9. Follow Adam Zagoria on Twitter Follow ZAGSBLOGHoops on Instagram And Like ZAGS on Facebook