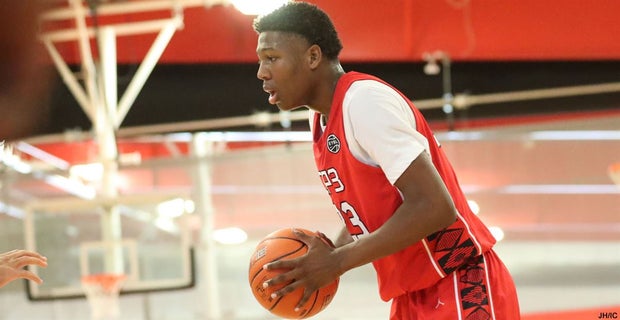 By CHARLIE PARENT G.G Jackson, a top-10 player in the Class of 2023, will announce his college decision Wednesday, April 27th. The 6-foot-9 forward is down to Duke, North Carolina, Georgetown, South Carolina, UMass, and the G-League, with UNC viewed as the current favorite. Among these suitors was new head coach of UMass Frank Martin, who is trying to make a splash on the recruiting trail early. South Carolina was viewed as the favorite for Jackson before Martin was fired and then took the UMass job. Jackson currently plays at Ridge View High School (SC), where he averaged 22.1 points, 10.9 rebounds, and 2 blocks per game last season. He also plays for the CP3 Basketball Academy. Follow Adam Zagoria on Twitter Follow Charlie on Twitter Follow ZAGSBLOGHoops on Instagram And Like ZAGS on Facebook