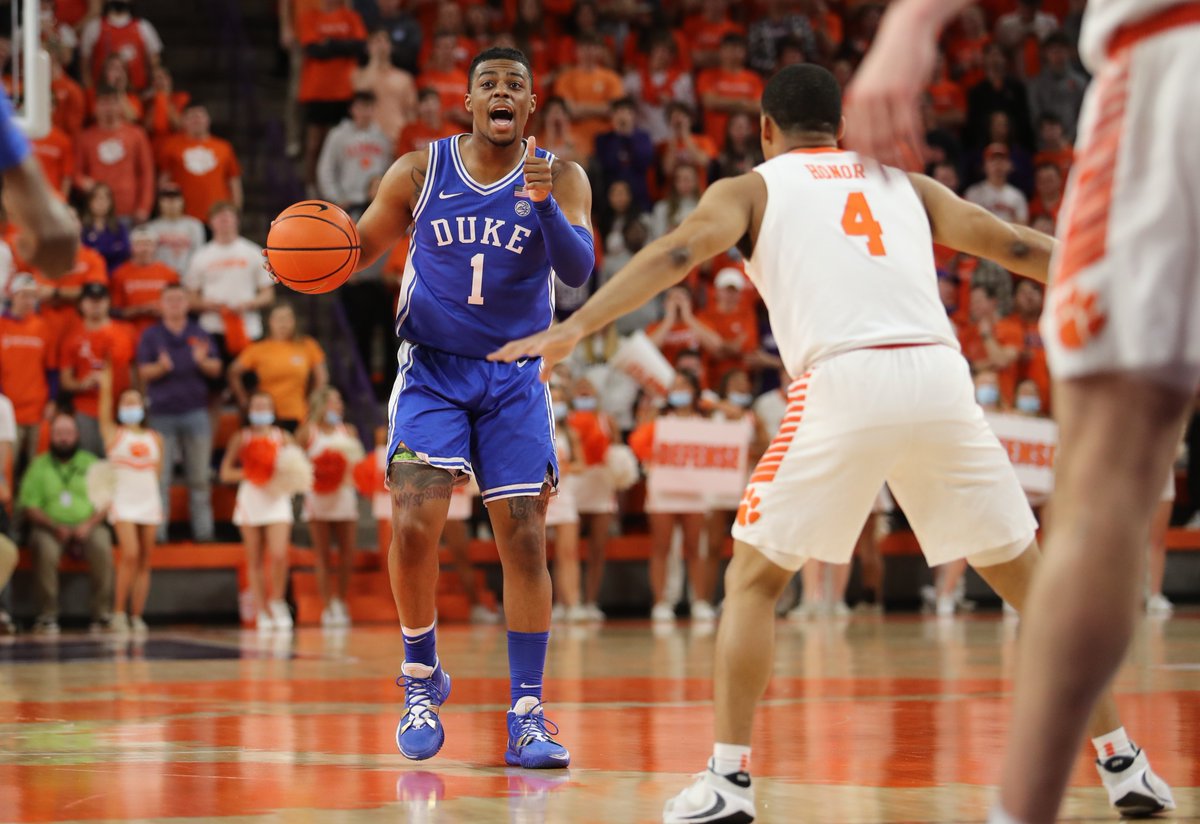 Duke freshman Trevor Keels has become the fourth Blue Devil this season to enter his name in the 2022 NBA Draft and he intends to hire an agent. Keels follows Paolo Banchero, Mark Williams and Wendell Moore Jr. into the Draft. The 6-foot-5, 221-pound Keels is ranked the No. 25 Best Prospect available, per ESPN.com. “I am appreciative of the support from my parents, family and also Coach Scheyer, Coach Amile and Coach C-Well,” said Keels. “We’ve had some great conversations and I have been able to get some helpful feedback. Lastly, I have to thank Coach K for believing in me as a high school kid and allowing me to play a key role on his final team. The whole season was a movie and I am grateful to have been part of Coach K’s last ride.” An ACC All-Freshman selection, Keels was the Blue Devils’ third leading scorer this season at 11.5 points per game while shooting .419 from the field. The versatile guard also finished with 98 assists against just 45 turnovers for a 2.17 assist-to-turnover ratio. His 44 steals were the team’s second most. “We wish Trevor nothing but the very best as he enters the NBA Draft process,” said head coach Mike Krzyzewski, who retired following the season. “Trevor made tremendous improvement throughout the year and stepped up for us in critical moments. His play late in the season was so important for us in winning the West Regional and reaching the Final Four. It’s been a joy having Trevor and his family in our program and we’ll continue to be here for him as he explores this next step of his career.” He burst onto the scene this season with a 25-point effort as Duke beat No. 10 Kentucky in the Champions Classic. The freshman from Clinton, Md., matched that scoring effort in a February win at Clemson, hitting 9-of-13 from the field and grabbing 11 rebounds for his first double-double. His career-high 27 points came in a late-season win at Pittsburgh. Coming up clutch in the postseason, Keels scored 10 of Duke’s 45 points in the final five minutes of comeback wins over Miami and Syracuse in the ACC Tournament and Michigan State in the NCAA Tournament as the Blue Devils closed those these games on combined runs of 45-17. Duke has had at least one player selected in 34 of 41 NBA Drafts under Krzyzewski. Coach K has tutored 68 draft picks since taking over the Blue Devils program, including a Draft-record 42 first-round selections. (Release via Duke) Follow Adam Zagoria on Twitter Follow ZAGSBLOGHoops on Instagram And Like ZAGS on Facebook

Caleb Love, R.J. Davis decide to run it back at North Carolina