Caleb Love, R.J. Davis decide to run it back at North Carolina 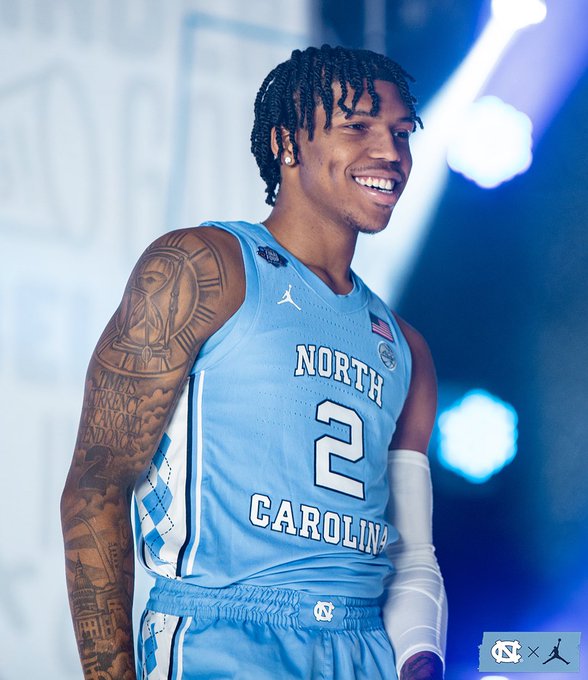 By ADAM ZAGORIA Caleb Love is the latest North Carolina star to say he’ll run it back for the 2022-23 season. The 6-foot-4 sophomore’s announcement Sunday came one day after sophomore R.J. Davis said he would return, too. With Love, Davis, Armando Bacot and Leaky Black all returning, North Carolina should be in the mix as the preseason No. 1 team and a contender to reach another Final Four in 2023. Brady Manek is out of eligibility and the Tar Heels will need to find someone to play his role as a shooter, floor spacer and leader. The 6-foot-4 Saint Louis native averaged 15.9 points, 3.6 assists and 3.4 rebounds this season as UNC made a run to the NCAA championship game against Kansas. He averaged 18.8 points in six NCAA Tournament games and scored 30 against UCLA in the Sweet 16 and 28 against Duke in the national semifinals.

Davis, the 6-foot White Plains, N.Y. native, averaged 13.5 points, 4.3 rebounds and 3.6 assists and came up huge during the NCAA Tournament, posting a 30-point, 6-assist, 5-rebound game in the upset of reigning national champion Baylor in the Sweet 16, 18 points, 7 rebounds and 4 assists in the national semifinals against Duke and 15 points and 12 boards in the title game against Kansas. North Carolina coach Hubert Davis came within one game — one half really — of becoming the first coach to win the NCAA title in his first full year as a head coach.Now he’ll have another legitimate shot going into his second season. The Tar Heels have the No. 14-ranked recruiting class in 2022 with point guard Seth Trimble, small forward Tyler Nickel and big man Jalen Washington. A.J. Griffin, Davis’ former Archbishop Stepinac teammate who is a freshman at Duke, declared for the NBA Draft Sunday as a projected Top 10 pick. Follow Adam Zagoria on Twitter Follow ZAGSBLOGHoops on Instagram And Like ZAGS on Facebook