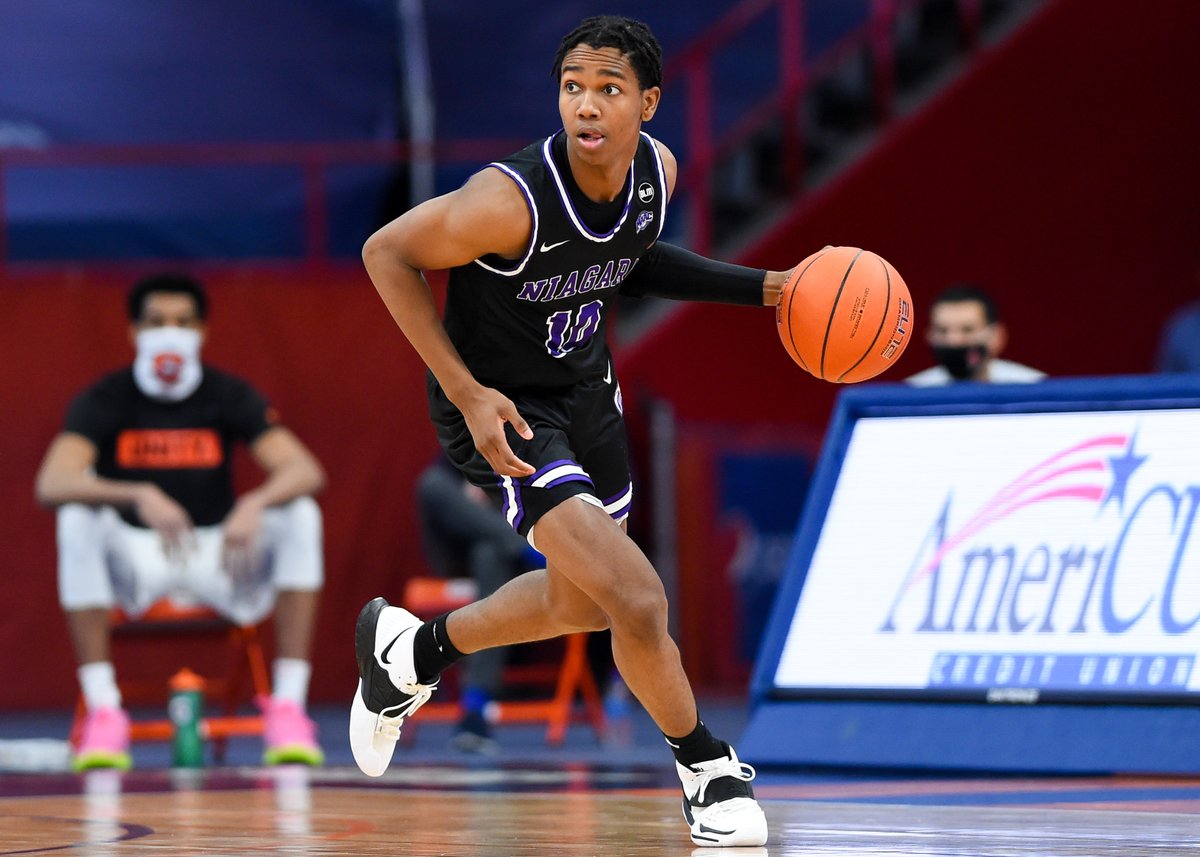 By ADAM ZAGORIA Marcus Hammond, the 6-foot-3 Niagara transfer originally from Queens, had an “awesome” visit to Georgetown over the weekend and will next trip to Rutgers early this week, with visits to Notre Dame and Kansas State also planned. “The trip went totally awesome,” said Cardozo coach Ron Naclerio, Hammond’s high school coach who spoke with Georgetown assistants by phone. “He and his family loved it.” Georgetown has already added LSU transfer Brandon Murray, a shooting guard, and believes Hammond, a point guard who averaged 18.1 points, 4.7 rebounds and 2.9 assists as a senior, would complement Murray in the backcourt. “They would form one of the best backcourts in the country,” Naclerio said of Georgetown’s message. Georgetown has lost four players to the Transfer Portal and is also losing freshman Aminu Mohammed to the NBA Draft. In addition to Murray, the Hoyas remain in the mix for Oklahoma State transfer forward Matthew-Alexander Moncrieffe and UConn transfer forward Akok Akok, who visits Wednesday-Thursday. Follow Adam Zagoria on Twitter Follow ZAGSBLOGHoops on Instagram And Like ZAGS on Facebook