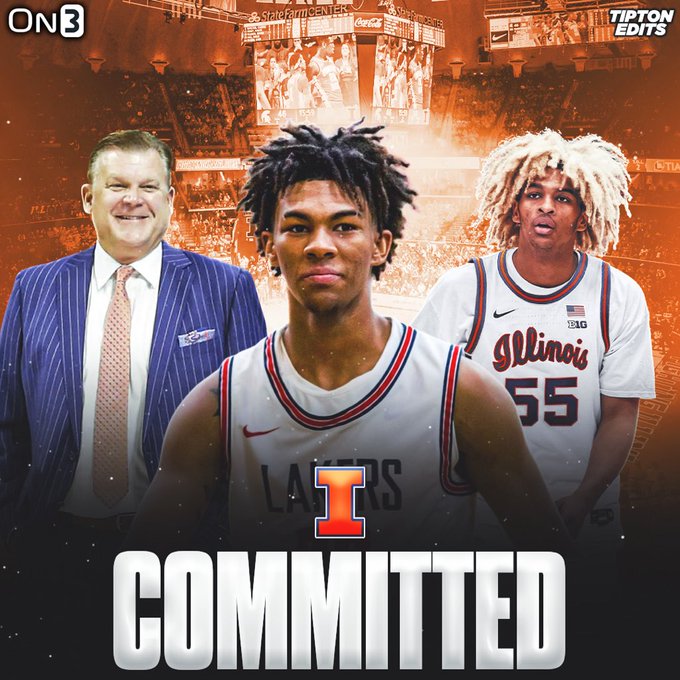 By CHARLIE PARENT Class of 2024 point guard ZZ Clark has commited to Illinois, he announced Monday. Clark is the younger brother of Class of ’22 five-star guard Skyy Clark, who committed to the Illini on April 7th, after decomiting from Kentucky earlier this year. While ZZ Clark is not yet ranked on 247 Sports, he held offers from Kansas, Arizona State, Creighton, and DePaul, before ultimately joining Illinois. “Getting to know Coach (Brad) Underwood and the rest of the staff made it feel more like home,” Clark told On3.com. “I’ve been fortunate enough to meet a lot of coaches through this process and watch a lot of college basketball but, the feeling I have for this program makes this the right time to commit.” Clark will play at Windermere Prep (FL) next season and joins four-star forward Morez Johnson in Illinois’ 2024 class. Follow Charlie on Twitter Follow Adam Zagoria on Twitter Follow ZAGSBLOGHoops on Instagram And Like ZAGS on Facebook

An Audacious Dream Meets Itself in Reality: A Look Inside Overtime Elite’s Inaugural Season