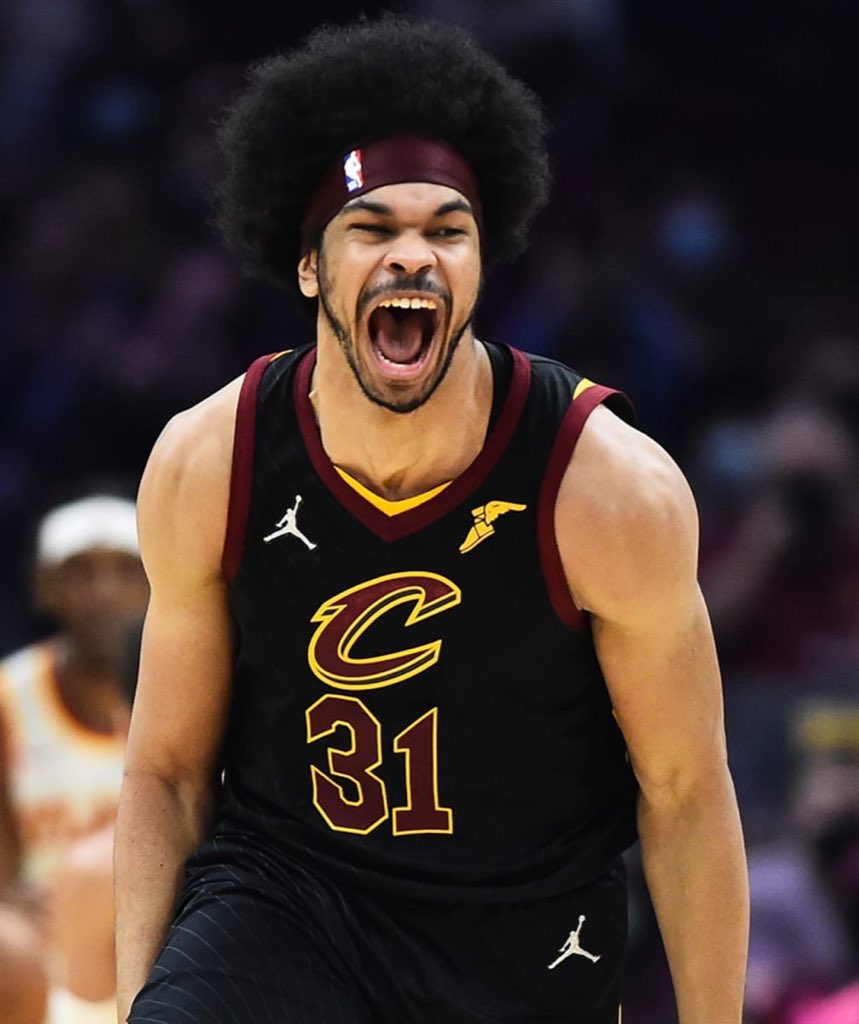 One ex-Net will replace another in the NBA All-Star Game. Cleveland Cavaliers center Jarrett Allen was named by NBA Commissioner Adam Silver to replace injured Philadelphia 76ers guard James Harden on Team LeBron in the 2022 NBA All-Star Game. Harden will not play because of a left hamstring injury. He was selected by NBA head coaches as a reserve. The matchup between Team LeBron and Team Durant in the 71st NBA All-Star Game will be played on Sunday at Rocket Mortgage FieldHouse in Cleveland, airing live at 8 p.m. ET on TNT and ESPN Radio in the United States and reaching fans in 215 countries and territories in 59 languages. Allen has earned his first NBA All-Star selection.  He is averaging a career-high 16.2 points, a career-high 11.1 rebounds and 1.35 blocked shots in 49 games this season.  A five-year NBA veteran, Allen ranks ninth in the league in rebounds per game and 13th in blocks per game.  He also ranks second in the NBA in field goal percentage at a career-high 66.5 percent and tied for sixth in double-doubles with 30. The 23-year-old Allen is the second Cleveland player to be named a first-time NBA All-Star this season, joining guard Darius Garland, who was drafted by Team Durant.  Behind Allen and Garland, the Cavaliers (35-22) have the third-best record in the Eastern Conference. Below are the rosters for the 2022 NBA All-Star Game.