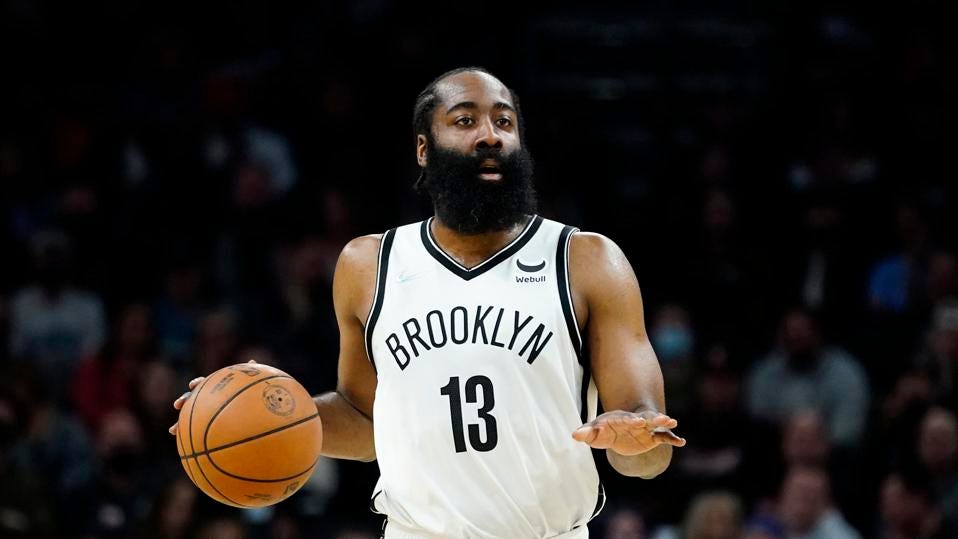 By ADAM ZAGORIA The blockbuster trade involving James Harden and Ben Simmons has come to pass. The Brooklyn Nets are trading Harden and Paul Millsap to the Philadelphia 76ers for Simmons, Seth Curry, Andre Drummond and two first-round picks, sources told ESPN’s Adrian Wojnarowski. The draft picks are an unprotected first-round pick in 2022 and a 2027 protected pick that might flip to 2028. The Nets’ Big 3 of Harden, Kevin Durant and Kyrie Irving had hopes of winning an NBA championship but ended up playing just 16 games together — going 13-3 — before a disgruntled Harden forced his way out. It’s the second time in two years Harden has forced his way out of a situation he was unhappy with after he left the Houston Rockets in January 2021. He will be reunited with Sixers GM Daryl Morey, who was with him in Houston. The Sixers made the deal without giving up young stars Tyrese Maxey and Matisse Thybulle. Click here for the full story on ForbesSports. Photo: AP