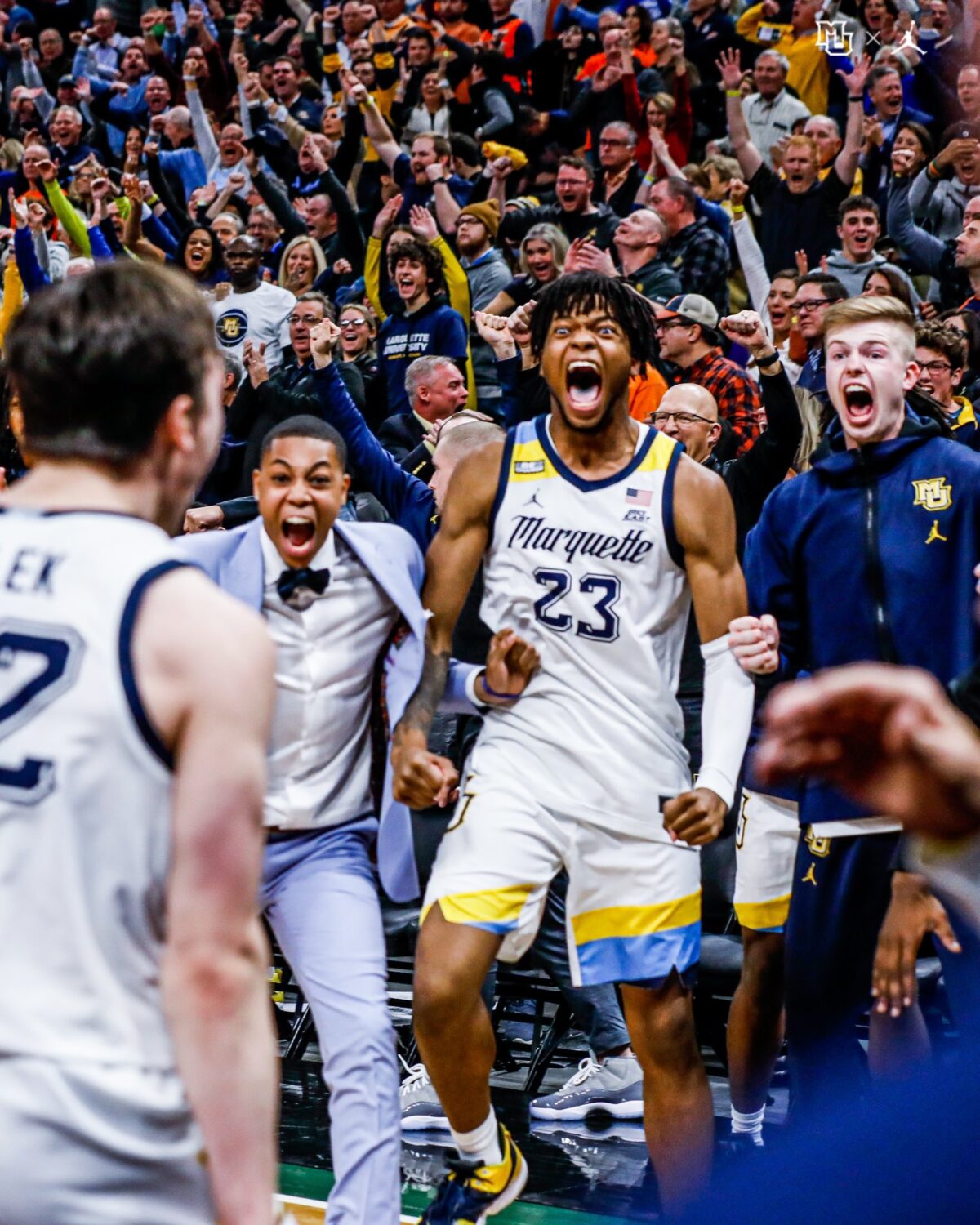 The Big East is off to a flying start in the Gavitt Tipoff Games, with Marquette and Providence both earning wins Monday night. Marquette rallied from a 12-point deficit with 10 minutes to play to knock off No. 10 Illinois 67-66 at Fiserv Forum. Tyler Kolek’s layup with 18 seconds left gave the Golden Eagles (3-0) the win. Darryl Morsell led MU in scoring for the third straight game, finishing with 21 points. The Marquette defense helped force 26 Illini turnovers. Providence was impressive on the road, capturing a 63-58 victory at Wisconsin.  Nate Watson continued his strong play with 24 points on 11-of-15 shooting from the floor and six rebounds. PC held the Badgers to 32.8 percent from the field. The Friars are 3-0 for the first time since 2015-16. The Gavitt Tipoff Games continue Tuesday on FS1 with Creighton at Nebraska at 7 p.m. ET and Seton Hall at Michigan at 9 p.m. Creighton and Nebraska, annual in-state rivals, have met 54 times. The Bluejays (2-0) have won eight of the last nine matchups, all by double digits. Alex O’Connell leads the team with a 16.5 scoring average. Seton Hall and Michigan met in the 1989 National Championship Game. The Wolverines won 80-79 in overtime at the Kingdome in Seattle. This year, Seton Hall is 2-0 after an 80-44 win against Yale. Michigan is ranked No. 4 in this week’s AP poll. Photo: Marquette Follow Adam Zagoria on Twitter Follow ZAGSBLOGHoops on Instagram And Like ZAGS on Facebook

Paolo Banchero starts for No. 7 Duke in rout after facing DWI-related charges