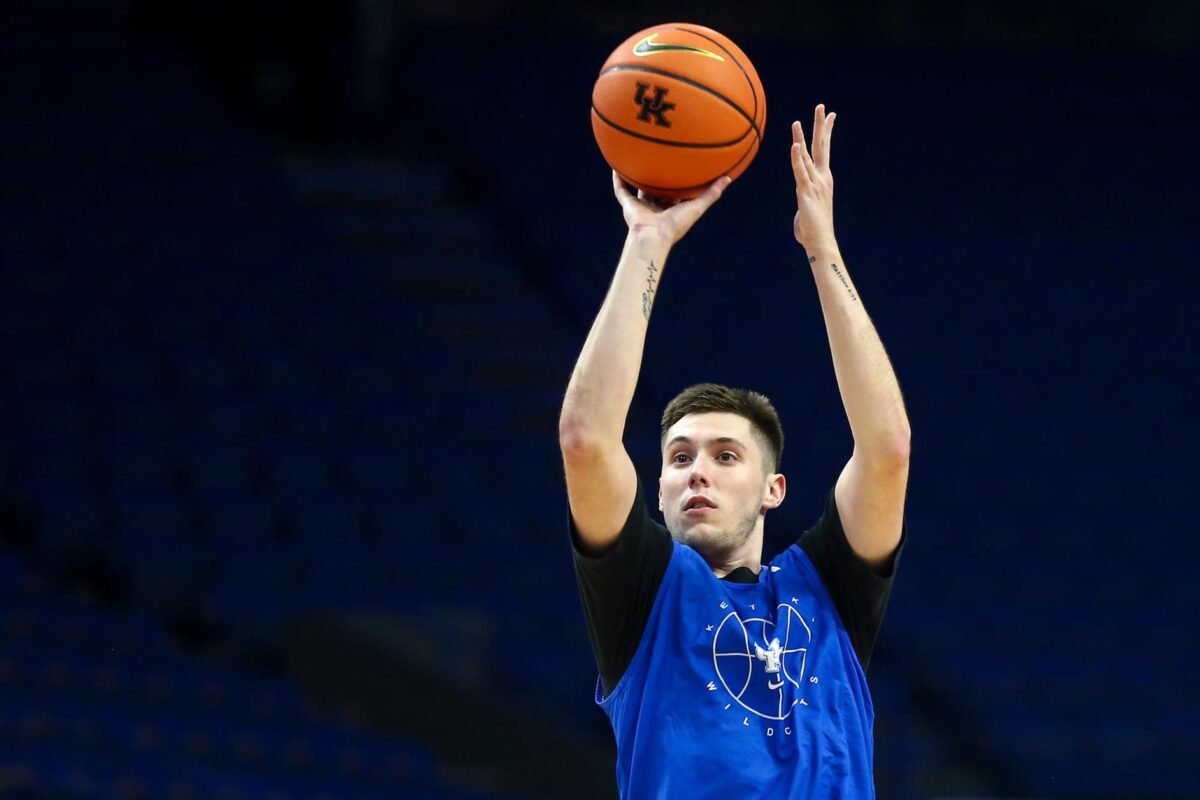 Kentucky guard CJ Fredrick will undergo surgery this week to repair a left hamstring injury and is likely to miss the remainder of the 2021-22 season, the school announced Saturday. “This news hurts so much because I love this team and we have a great group of guys,” Fredrick said. “I have the best teammates, coaches, medical staff, friends and family that will get me back where I need to be. We have a very special team this season and I will do whatever I can to support the team. I am looking forward to working hard and being the player I want to be for next season. I appreciate all the support of Big Blue Nation during this difficult time. My journey looks a little different, but I will be back.” Fredrick, who transferred from Iowa following the 2020-21 year, entered this season as the nation’s leading returner in career 3-point field-goal percentage (46.6%) with a minimum of 150 attempts. “I really hate this for CJ,” UK head coach John Calipari said. “He worked so hard for us this summer and made such a positive impact on our team and our culture. He has been an unbelievable teammate. CJ has a bright future ahead of him, and after being evaluated by our medial staff and specialists, it was clear the best thing for CJ was to get this surgery done now and get him back on a path to getting back on the court at 100%. He’s been great throughout this whole thing and is already itching to get this process going so he can get back to doing what he loves to do.” The Cincinnati native made 83 3-pointers in two seasons at Iowa. Fredrick started all 27 games he appeared in for Iowa as redshirt sophomore in 2020-21 and averaged 7.5 points and 1.9 assists per game. He made three or more 3-pointers in six games, shot 47.4% from 3 – the second-best mark by a sophomore in program history – and posted a 5.2 assist-to-turnover ratio. Fredrick made the All-Big Ten Freshman Team as a redshirt freshman in 2019-20 after averaging 10.2 points and 2.8 assists per game. He made 47 of 102 from long range and was one of only three players nationally and the only player from a major conference dating back to 1993 with 65 or more assists, 32 or fewer turnovers, and 46% shooting or better from 3-point range. Fredrick, the 2028 Kentucky Gatorade Player of the Year out of Covington Catholic High School in Northern Kentucky, is one of a program-record six transfers on the 2021-22 Kentucky roster. Kentucky returns to action Tuesday at 7 p.m. in Rupp Arena vs. Mount St. Mary’s, the second game in the three-game Kentucky Classic, a multi-team event, and the second of a seven-game home stand. The game will tip air on SEC Network. (Release via Kentucky) Follow Adam Zagoria on Twitter Follow ZAGSBLOGHoops on Instagram And Like ZAGS on Facebook