Paolo Banchero starts for No. 7 Duke in rout after facing DWI-related charges 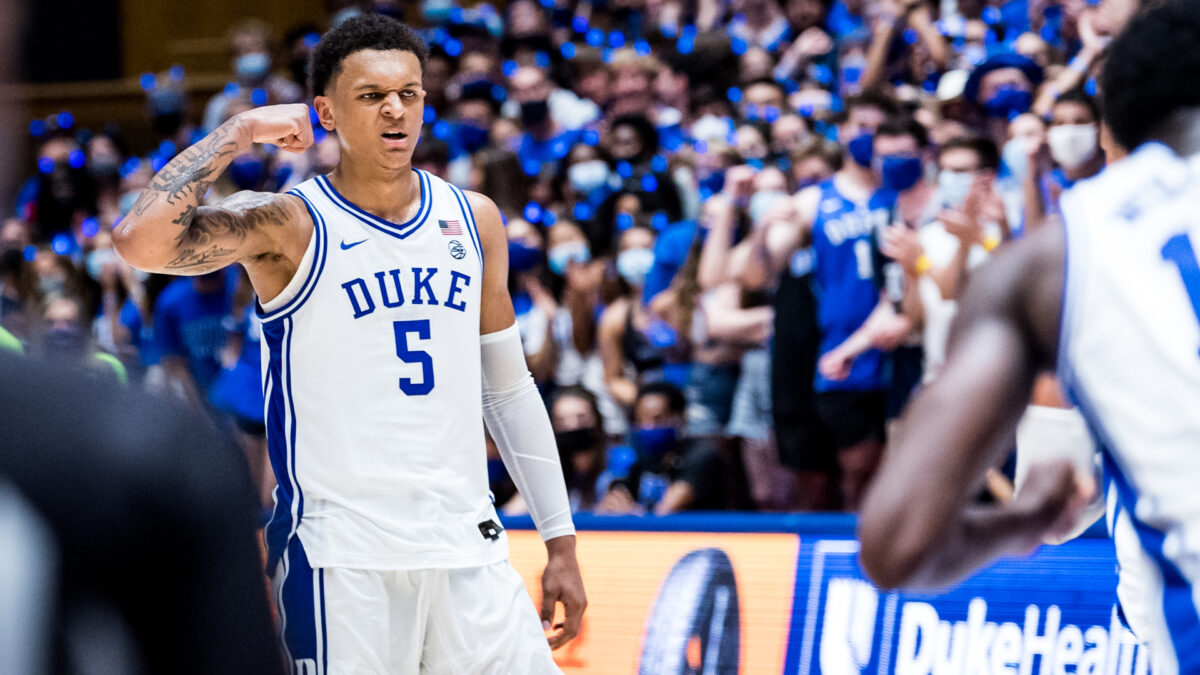 By ADAM ZAGORIA Duke freshman star Paolo Banchero started for the No. 7 Blue Devils in their game Tuesday night against Gardner-Webb after facing DWI-related charges connected to an incident early Sunday morning in North Carolina. The 6-foot-10 freshman finished with 10 points, eight rebounds and two assists in Duke’s 92-52 victory that moved the Blue Devils to 4-0. “We had a violation of our standards and we’ll handle that internally,” Duke coach Mike Krzyzewski said after the win. “We’re already handling it, but it’s a violation of our standards.” In terms of starting Banchero, Coach K said, “It’s two entirely different situations. Headlines make it look like it’s the same, but it’s not. The decisions we made are in conjunction with our authorities and my superiors. We’re taking action and we’ll continue to take action.”

Coach K addresses the arrest and DWI charge against his grandson, Michael Savarino, and the involvement of freshman Paolo Banchero, who was charged with aiding and abetting DWI. pic.twitter.com/KKTAmwCPtP

According to court records obtained by the News & Observer, Michael Savarino, Krzyzewski’s grandson, was arrested for DWI while Banchero was charged with aiding and abetting DWI and released at the scene. The N.C. Highway Patrol made the arrest in Orange County at 1:10 a.m. Sunday. The vehicle was registered to Banchero, but Savarino was the driver and Banchero was in the back seat, according to the News & Observer. Savarino was pulled over after a stop sign violation, and a breathalyzer test revealed a blood alcohol content of 0.08 — the legal limit in North Carolina. Savarino was charged with DWI, driving after consuming alcohol under the age of 21 and the stop sign violation. His driver’s license was suspended for 30 days. Banchero was chared with “aiding and abetting a DWI,” which in North Carolina means a person has knowingly turned over their vehicle to someone who is impaired or fails to prevent an impaired person from driving. “We are reviewing a legal matter involving two members of the men’s basketball team,” Krzyzewski, in his final season as Duke’s coach, said in a statement released by Duke athletics to the News & Observer. “Any further actions as a result of this situation will ultimately be determined by the Vice President/Director of Athletics and University officials.” Savarino, 20, has a Dec. 9 court date, while Banchero, who turned 19 last Friday, has a Dec. 8 court date. Banchero has impressed in the early going and figures to be in contention for the No. 1 overall pick in next summer’s NBA Draft. On opening night against Kentucky, he went for 22 points and seven rebounds in a win in the Champions Classic at Madison Square Garden. He’s averaging 19.3 points and 8.7 rebounds on the season. Several NBA executives said the incident would have no impact on Banchero’s draft status. “It won’t affect anything NBA-wise,” one executive said. Follow Adam Zagoria on Twitter Follow ZAGSBLOGHoops on Instagram And Like ZAGS on Facebook

Dickie V returning to ESPN for showdown between No. 1 Gonzaga and No. 2 UCLA Nov. 23