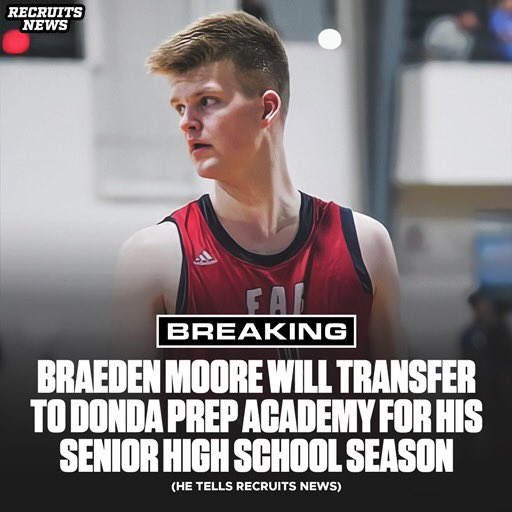 By ADAM ZAGORIA In a blow to Steve Pikiell’s recruiting class at Rutgers, Braeden Moore announced Friday he is decommitting two weeks before the NCAA Early Signing Period and transferring to Kanye West’s Donda Academy near Los Angeles. The 6-foot-8, 210-pound power forward from Christ Presbyterian (TN) Academy and the Next Page Force AAU Program committed to Rutgers back in July. “The coaching staff (was a deciding factor),” Moore told ZAGSBLOG then. “And God opening doors for me and making it clear for me and my family.” Moore was Rutgers’ first 2022 commit. Since then they added point guard Derek Simpson, a two-star prospect from Lenape (NJ) High and Antwone Woolfolk, a two-star forward from Cleveland (OH) Brush. Follow Jacob Polacheck on Twitter Follow Adam Zagoria on Twitter Follow ZAGSBLOGHoops on Instagram And Like ZAGS on Facebook