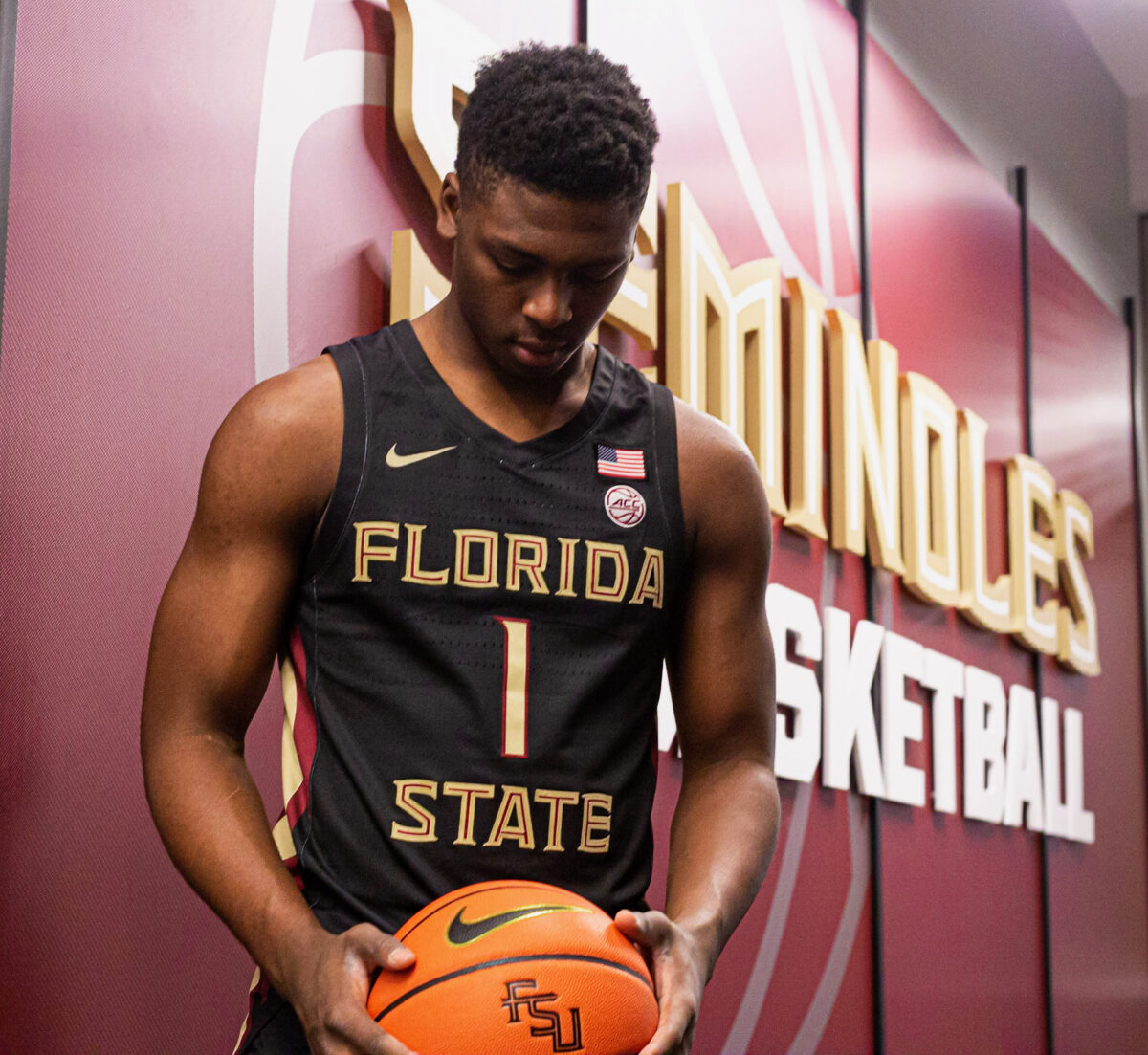 By JACOB POLACHECK Class of 2022 four-star guard Chandler Jackson has committed to Florida State, he tells ZAGSBLOG. “I was looking for the right fit with on-court, off-court things, with school, education, what I wanted to major in, how fun it would be and how my classes would be,” Jackson said. “Also, I was looking at what school would have the best chance of making my dreams come true.” The 6-foot-4, 205-pound combo guard from Christian Brothers (TN) and the Team Thad AAU Program, chose FSU over Tennessee. “I’m not going to lie, it was hard choosing between both of the schools,” Jackson said. “They’re both really good schools with really good coaches, but I think the situation at Florida State is probably the best for me.” Jackson says his decision came down to both on the court and off the court factors, including his relationship with head coach Leonard Hamilton and his staff . “They’re going to coach you well,” he said. “If you buy into their system and what they do, you can make your dreams come true. You see players coming off the bench for his team and making it to the league. You’ll see people that you might not have expected to go to the league be drafted in the first round. It’s really just a school that can make my dreams come true.  “Off the court, coach Ham, he makes sure that we’re taken care of, that we’re responsible, that we’re doing what we need to do, that we’re handling business and staying out of trouble. He’s also a Christian man, so he’s going to make sure I’m right. He’s going to make sure I’m taken care of and the best person I can be on and off the court.” After taking his official visit to Florida State from Oct. 22-24, Jackson said he plans to come in as a point guard, while drawing comparisons to former Seminole and current Los Angeles Clippers guard Terrance Mann. “Going into my freshman season, whatever they want me to do, whatever they need me to do, that’s what I’m looking forward to,” he said. “If they want me to start and lead the group as a point guard, that’s what I’ll do. If they want me to come off the bench and be the point guard off the bench, I will. I’m just ready to come in and do what I need to do to help the team win.” Ranked by 247Sports.com as the No. 10 combo guard and No. 56 overall prospect in the nation, Jackson joins four-star center Cameron Corhen, three-star forward De’Ante Green, unranked forward Tom House and unranked point guard Jeremiah Bembry in the Seminoles’ 2022 recruiting class. Bembry was on his official visit to Florida State at the same time as Jackson. “I don’t think Jeremiah or Tom are ranked, but they’re good players that know what they need to do – play defense, shoot and score the ball,” Jackson said. Then you’ve got De’Ante and Cam, who are good players. Cam can shoot and space the floor out. De’Ante can get rebounds and play big. I feel like this class is going to help us be the best in the ACC.” Follow Jacob Polacheck on Twitter Follow Adam Zagoria on Twitter Follow ZAGSBLOGHoops on Instagram And Like ZAGS on Facebook