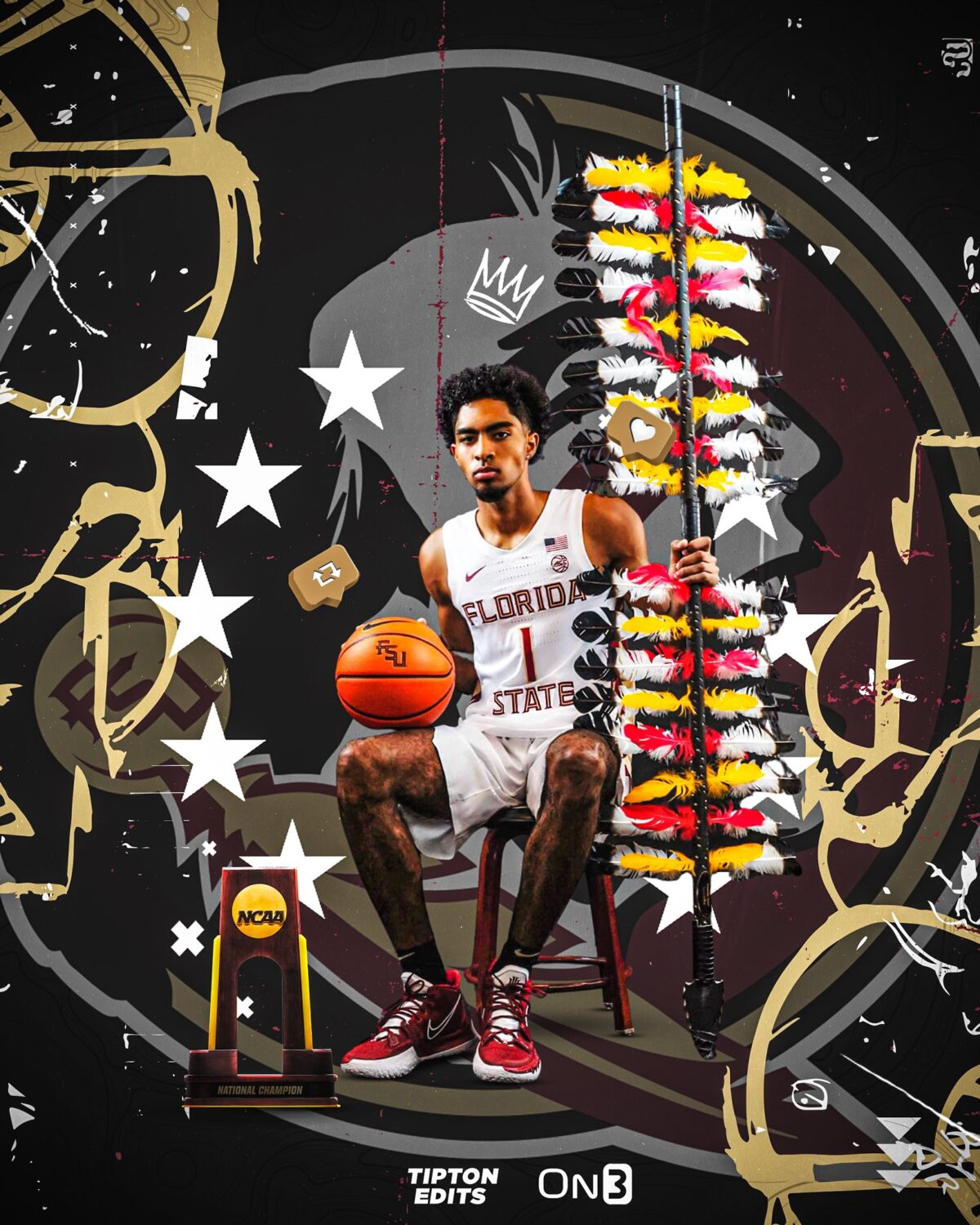 By ZACH SMART A recent visit to Florida State’s sprawling campus in Tallahassee and a tight rapport with head coach Leonard Hamilton helped 6-foot-6 Class of 2022 guard Jeremiah Bembry pull the trigger this week. Bembry committed to FSU over UC Santa Barbara, Penn, Rutgers, and several other programs.  “Coach Hamilton, he’s really an inspiration to myself and my family,” explained Bembry, who inherits a senior leadership role at Executive Education (PA) after averaging 14 points, seven rebounds, and six assists as a junior.  “With him being an African-American head coach and having the success he’s had for so long, he’s an inspiration. You know, Coach Ham loves big guards. (FSU) fits my style of play. He’s already explained to me that he wants me to be more ball-dominant, to guard the 1-5. The visit was a great experience for me, especially being able to be around the players and coach Ham.”  The Brooklyn-born Bembry played at Xavierian and Hudson Catholic. He’s found his niche as a defensively versatile and play-making guard under head coach Ray Barbosa at Executive.  Bembry envisions himself seizing the leadership reins this season, as the facilitator for a deep and experienced team. Executive has lofty, championship aspirations. A Pennsylvania state title at the Giant Center in Hersey, Pa. would be a righteous finishing touch on Bembry’s well-traveled high school career.  “I’m leading the team in every statistical category in the pre-season, so I just have to keep this energy up,” Bembry said. “Coach wants me to be a leader and that’s the role I’m going to take on this season.” At Executive, Bembry forms a radiant backcourt tandem alongside Drexel-commit Kobe Magee. A 6-foot-5 guard, Magee averaged a double double with 15 points and 10 rebounds last year. Bembry said pushing the tempo and executing a high paced offense this year will help acclimatize him to Florida State’s brand of play. “It’s a different pace and speed at the ACC,” Bembry said. “That’s something I’m going to have to adjust to.”  Follow Zach Smart on Twitter Follow Adam Zagoria on Twitter Follow ZAGSBLOGHoops on Instagram And Like ZAGS on Facebook