Where will these six 2023 prospects land? | Zagsblog
Follow @adamzagoria 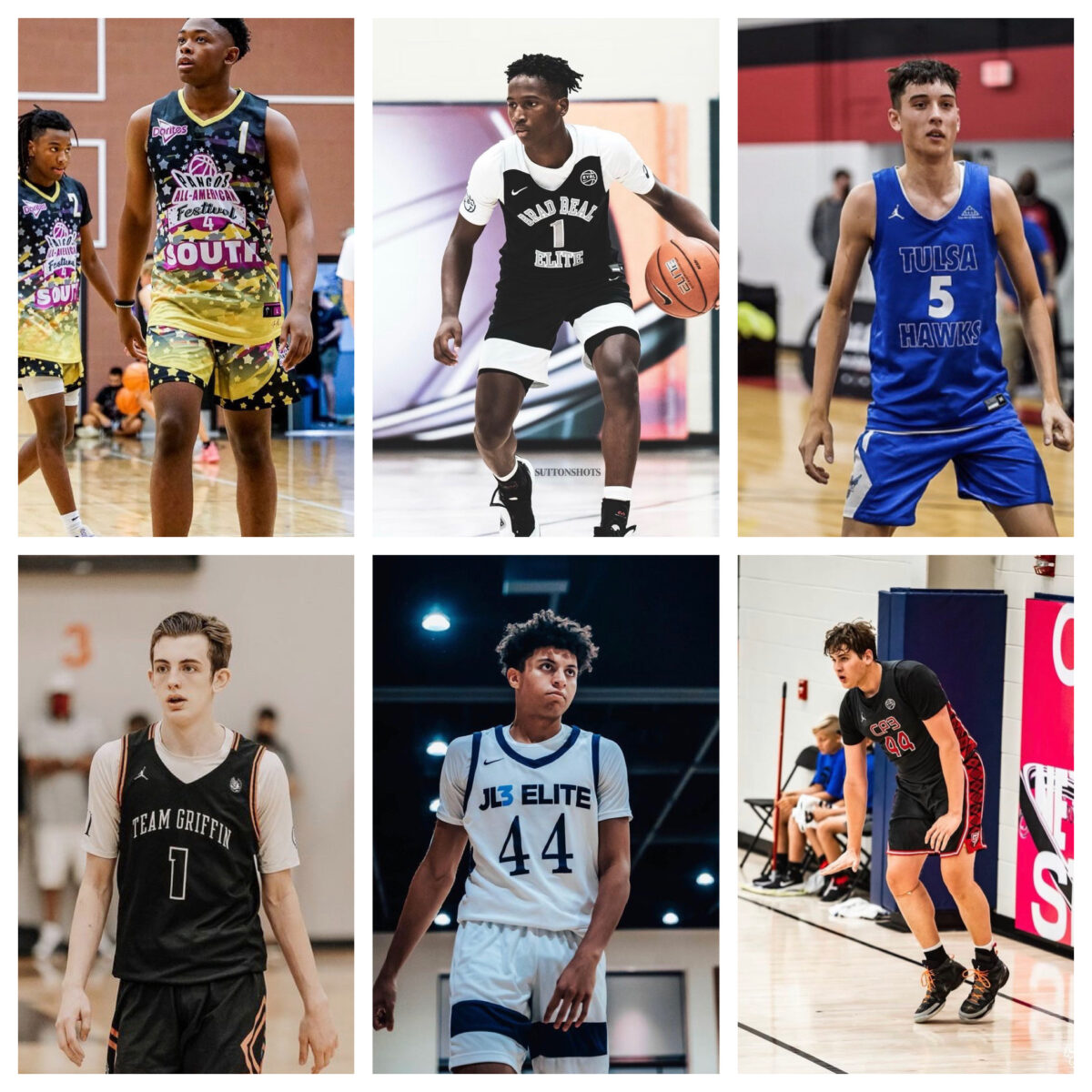 BY TOBIAS BASS Over the past several years we have seen many prospects push their commitment date later and later. I believe in the class of 2023 we will see a shift, many of the top recruits will make their decision early or cut their list down between now or by early next year. Going forward, recruitment has been changed forever now that players can transfer one time without penalty. The class of 2023 has been vetted properly and they understand the transfer portal is apart of your recruitment. Some college coaches would rather bring in a proven guy that’s player a few years of college ball as opposed to an incoming freshman. RJ Jones, Combo-Guard (John Paul II) RJ Jones is known for his elite shot-making and playmaking skills. The 6-foot-3 combo-guard recently picked up offers from Illinois and Missouri a few weeks back. He is also hearing from Missouri, Butler, Colorado, Florida State, and Minnesota. At the moment Texas A&M, Missouri, Oklahoma State, St. Louis, Illinois, Arkansas, Kansas, Wisconsin, and TCU are recruiting him the hardest. However, Jones recruitment is trending upwards and I could see him earn five to ten more scholarship offers by the beginning of his senior year. For the time being, I think Jones would fit perfectly at Oklahoma State. Prediction: Oklahoma State Layden Blocker, Point-Guard (Sunrise Christian Academy) Coaches have raved about his playmaking, defensive intensity, scoring ability, and athleticism. Blocker recently cut his list to seven, Auburn, Gonzaga, Baylor, Kansas, Memphis, Arkansas, and Oklahoma State. Prior to Gonzaga and Memphis getting involved I believed Baylor, followed by Arkansas, and Oklahoma State were the front runners, but Mark Few and Penny Hardaway are heavily in the mix. For the time being, Baylor looks to be in the lead based on fit and play-style, However, Gonzaga and Memphis aren’t too far behind. Prediction: Baylor Parker Friedrichsen, Shooting-Guard (Bixby High School) Arguably one of the biggest stock risers this summer was 6-foot-5 combo-guard Parker Friedrichsen. I believe Friedrichsen will narrow his schools down by March or April of the new year. He had three visits in October to Purdue, Iowa, and Nebraska. Friedrichsen fits Fran McCaffery’s system perfectly and he visited the Hawkeyes on October 15th. Iowa guards are typically High-IQ players, that can make shots all over the floor, and are always in attack mode, Parker Friedrichsen would bring exactly that. Prediction: Iowa Drew Steffe, Shooting-Guard (Frisco-Memorial) Drew Steffe is one of the best marksmen in the class of 2023 and he fits in most programs. Recently Steffe had along list of schools come to watch him practice such as Xavier, Butler, Oklahoma State, St. Louis, Colorado, Iowa State, TCU, Clemson, and Texas Tech. Although TCU, Clemson, St. Louis, and Colorado are coming after him the strongest, his skillset more aligns in the Big East. I see Steffe in an Musketeer jersey. Prediction: Xavier George Washington III, Combo-Guard (Christian Academy of Louisville) Another stock riser during the live-period was combo-guard George Washington III. The 6-foot-2 guard has gone on several visits over the past few weeks to Xavier, Ohio State, Louisville, Tennessee, and Cincinnati. Washington is a Chris Mack type of guard and would be beloved by the city even more as the hometown hero. The Cardinals historically do well with guards of his skillset and size. Prediction: Louisville Gus Yalden, Center (IMG Academy) Gus Yalden has battled some injuries over the past few months, but is recovering and should be back on the court in December. Yalden so far has visited Nebraska, Rutgers, Wisconsin, and Charleston. The Badgers love skilled big-men, in two of the past three years their starting center has lead them in scoring. Ethan Happ in 18-19 and Nate Reuvers in 19-20. Yalden would be a great fit in Madison and would be a major focal point in their offense for years to come. Prediction: Wisconsin Follow Tobias Bass on Twitter Follow Adam Zagoria on Twitter Follow ZAGSBLOGHoops on Instagram And Like ZAGS on Facebook *** THIS STORY IS PURE SPECULATION BASED ON MY ANALYSIS AND OBSERVATIONS