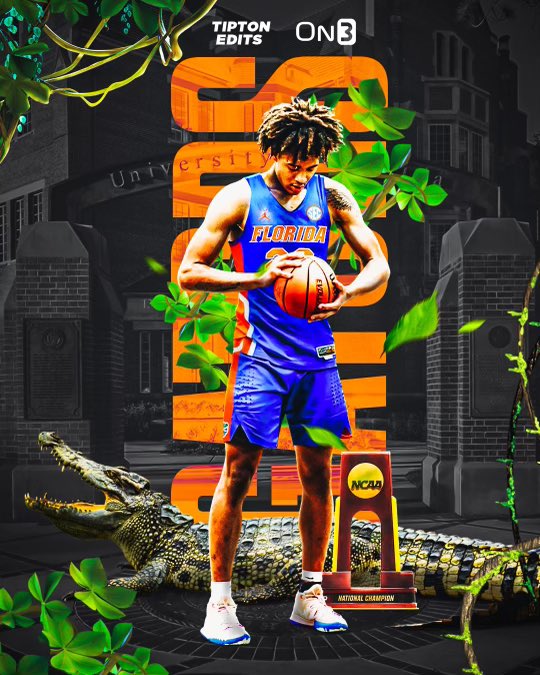 By ADAM ZAGORIA Jalen Reed, the 6-foot-10, 230-pound power forward from Southern California Academy and the ProSkills Elite Nike EYBL team, has committed to Florida, he told ZAGSBLOG. Ranked the No. 18 power forward in the 247Sports.com Composite, he chose the Gators over Arizona State, Maryland, Oklahoma and Ole Miss “I will be going to Florida,” he said. “I feel like I mesh well with the coaches and I feel like I could really come in and make an impact on the program and also achieve my own goals there as well. “I feel like I bring size and lots of versatility to the team. For me being my height I feel like I dribble and pass well and I’m a big mismatch issue along with being able to stretch the floor.” Reed joins point guard Denzel Aberdeen and power forward Malik Reneau in Florida’s 2022 class. “I have coached a ton of prospects that are playing in the NBA right now,” said Southern California Academy coach Julius Von Hanzlik. “Jalen Reed is one of the best prospects I have ever coached with an extremely high ceiling. He’s also one of the most coachable prospects I have ever coached. Obviously his measurements, frame, and athleticism translate to college and the NBA level, but his ball-handling, passing, and decision-making translates as well. The things he does with the basketball at his size amaze our coaching staff every day. One of the most important qualities he has is his character. He’s such a good human being. The kid is going to be a success store. Believe that!” Follow Adam Zagoria on Twitter Follow ZAGSBLOGHoops on Instagram And Like ZAGS on Facebook