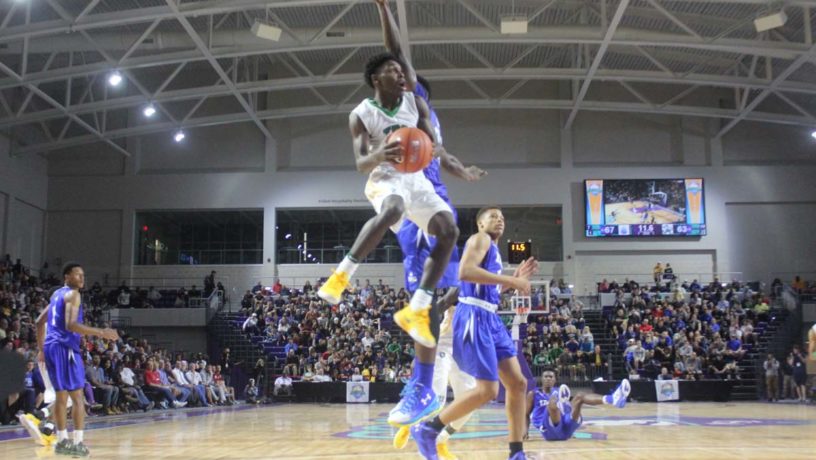 In what promises be one of the most anticipated and exciting high school varsity basketball events of the new year, 10 of the top Catholic teams from the region will compete in the all-day New York vs. New Jersey Showcase to be held Saturday, January 22 at Iona College in New Rochelle.

Co-hosted by Stepinac High School and Bergen Catholic High School, the hoops extravaganza, the first to be held in New York, will feature five games as detailed in the following schedule of team match-ups.

“This will offer varsity high school basketball fans the rare opportunity to see some of the nation’s nationally ranked teams and players compete under one roof,” said Stepinac head coach Patrick Massaroni (’06) adding: “These five non-league games will allow for fans and supporters of these teams, combined with post-Covid pent-up demand, to make for the New York vs. New Jersey Showcase to be an early sell-out.” “Come watch some of the top teams in the country and traditional catholic school powerhouses face off to see who wins the NY vs. NJ showcase,” said Bergen Catholic head Coach Billy Armstrong (’94).

Tickets will go on sale at a date to be late announced.

Doors will open at 10:30 AM. Ticket holders will be required to follow Iona College Athletics and campus health protocols.