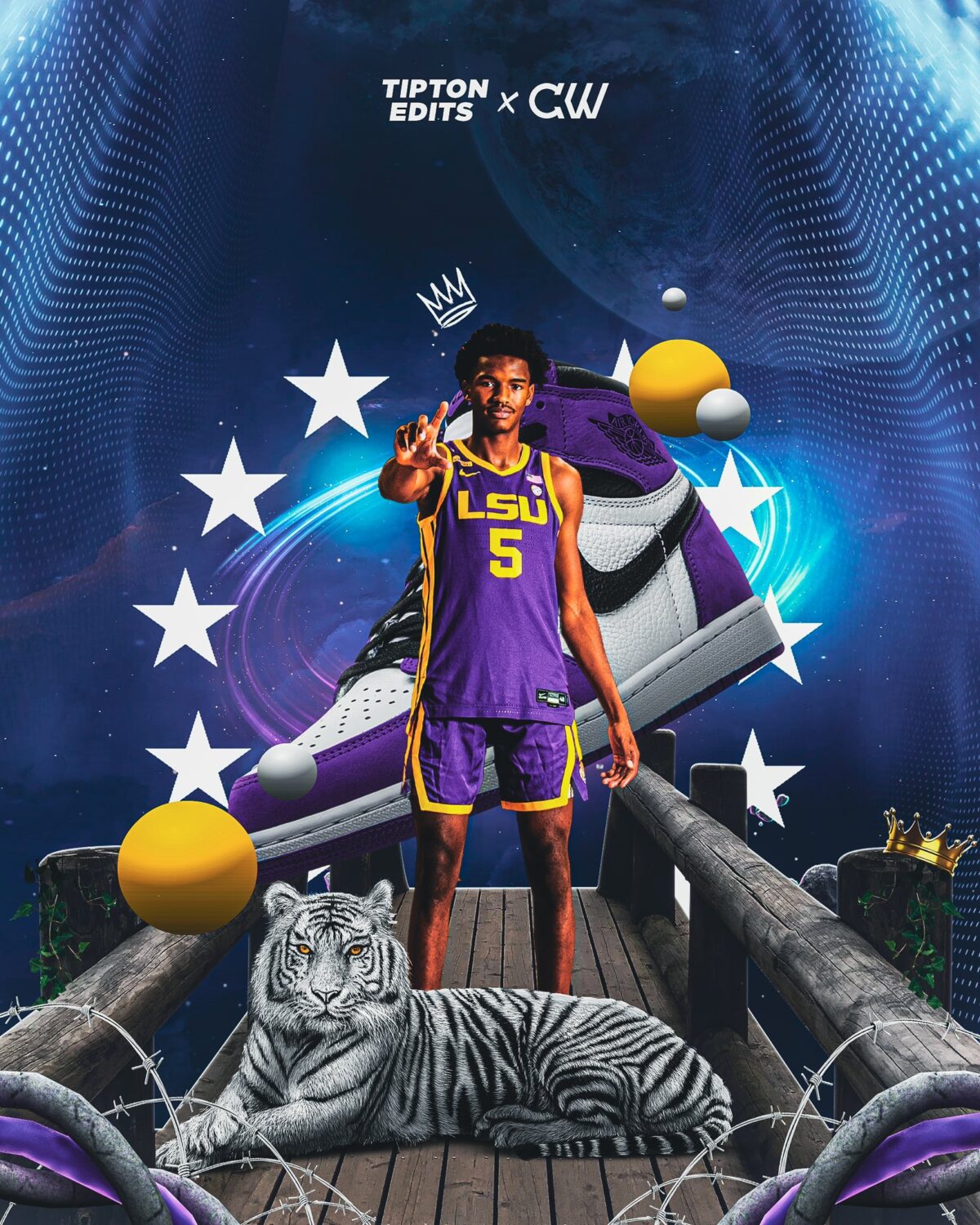 By ADAM ZAGORIA Julian Phillips, the 6-foot-8 five-star power forward from Link Academy (MO), committed to LSU on Friday. Ranked the No. 2 power forward and the No. 20 overall player in the Class of 2022 by 247Sports.com, he chose the Tigers over Florida State, Tennessee and USC. “I would like to announce that I will be attending Louisiana State University,” he said on the Field of 68. Phillips joins small forward Devin Ree in LSU’s 2022 class. “For us, [Phillips] is starting for us at the two so he’s a 6-8 two guard,” Link Year Prep coach Rodney Perry said by phone. “He’s really a big guard that can handle it, shoot it, pass it, he’s long, athletic and can defend and rebound.” Perry said Phillips reminds him of a young Tracy McGrady or Trevor Ariza, while Phillips compared himself to Jayson Tatum and Paul George. “He’s a type of player that can really do a lot of things and has the size and athleticism to make plays on both ends of the floor,” Perry said. Asked if he’s a one-and-done type talent, Perry said, “Without a doubt.” Follow Adam Zagoria on Twitter Follow ZAGSBLOGHoops on Instagram And Like ZAGS on Facebook

Who were the top Wootten 150 class of 2023 top performers