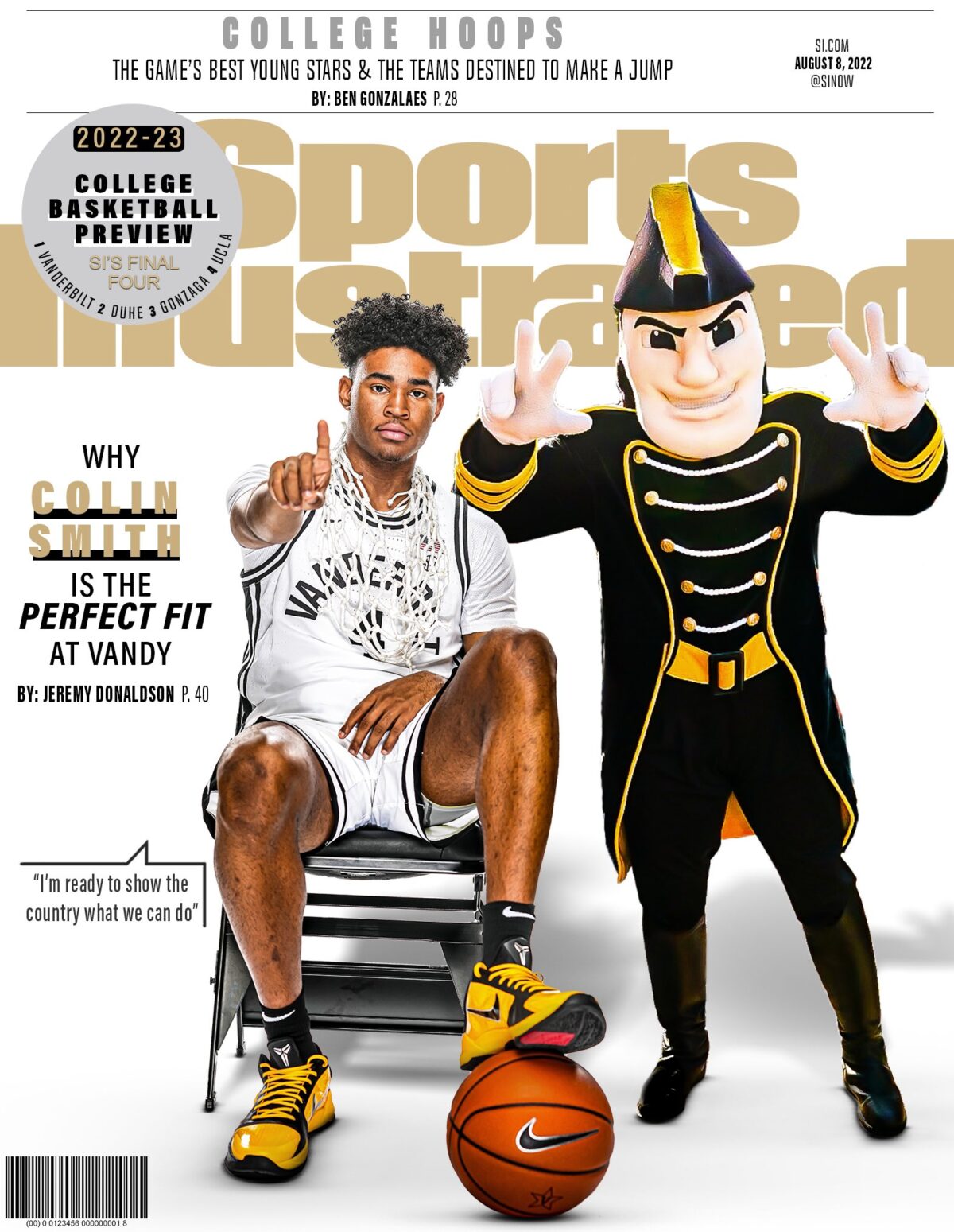 By ADAM ZAGORIA Colin Smith, the 6-foot-8 forward from Arizona Compass Prep, committed to Vanderbilt on Sunday, he told ZAGSBLOG. Ranked the No. 24 power forward in the Class of 2022 per 247Sports.com, he chose the SEC school over Arizona State, Stanford, Virginia, Illinois, Oregon, Minnesota, Texas, Arkansas and Michigan.. “I will be taking my talents to Vanderbilt because of the role they want me to play, the ability to play early, playing in a conference that is in the most households, a great academic establishment, the family feel of the entire program and last but not least a former consummate pro head coach [Jerry Stackhouse] that played my position,” he said ahead of his public announcement. Smith said he can play multiple positions for the Commodores. “They told me I’m a player that provides their system someone that could play 2-3 positions on both ends and be a mismatch problem,” he said. “I’m a shooter than can also put it on the floor, defend and make the right play. It just felt like home and I love the city.” Ed Gipson, head coach of Arizona Compass Prep, said of Smith: “Colin Smith is one of the most versatile players in the 22’ class. He’s an elite 3-point shooter who has good athleticism and can score from multiple spots on the floor. Colin is also an elite defender who can guard multiple positions on the floor. “His IQ separates him for me, he understands different concepts and strategies without much explaining. “Colin possess all the leadership qualities that you expect out of a 4 -tar player.” Follow Adam Zagoria on Twitter Follow ZAGSBLOGHoops on Instagram And Like ZAGS on Facebook