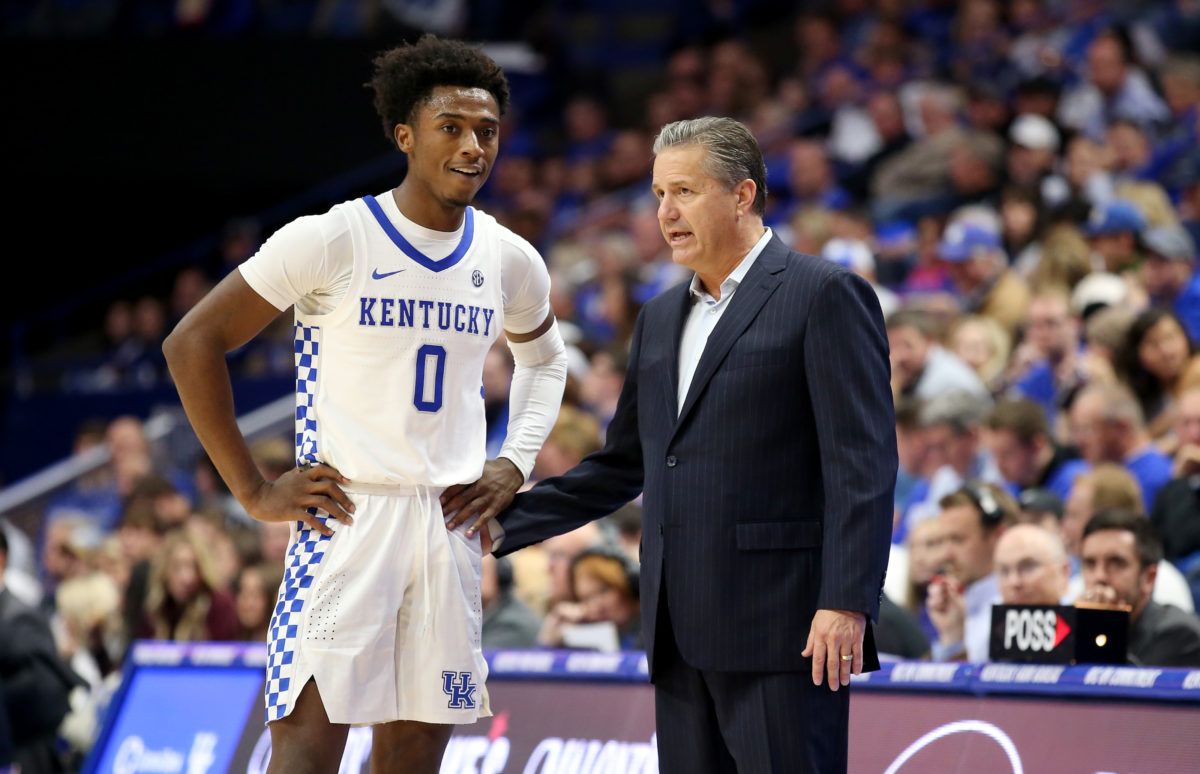 The Kentucky men’s basketball team’s annual Pro Day, which provides NBA organizations with an up-close look at the current Wildcats’ roster, has been set for Oct. 10 in Rupp Arena. Professional scouts and personnel from all 30 NBA teams will be invited to attend in-person again this season after going to a virtual event last year because of the COVID-19 pandemic. According to the latest ESPN.com mock draft, Kentucky has a couple of players projected to be drafted in 2022: No. 17 – TyTy Washington No. 18 – Daimion Collins With SEC Network televising the event for an eighth consecutive season, fans will once again get to see behind the curtain as UK gets ready for the 2021-22 season. The televised portion of Pro Day will air live from 5:30 to 7:30 p.m. This will be the third time Pro Day has been held in Rupp Arena but the first time since the 2018-19 season. All 30 NBA teams are invited to the annual Pro Day, where the Wildcats will go through a combine-like practice conducted by Kentucky coaches and staff. Coaches and staff will direct the players through various agility and shooting drills in addition to 3-on-3 and 5-on-5 scrimmaging. The televised practice will serve as a warm-up before Big Blue Madness, which will take place later that week, on Oct. 15, in Rupp Arena. Kentucky will take on a challenging schedule with a solid blend of talent and experience. UK’s roster features a sixth-year graduate, a fifth-year graduate, a redshirt junior, six juniors, a redshirt sophomore, two sophomores, and three highly touted four- and five-star freshmen. John Calipari’s squad will return 42.1% of its minutes, 41.9% of its scoring, 39.0% of the rebounds, 42.4% of the assists and 60.6% of the 3-pointers from a season ago. For comparison, the only two Calipari-coached Kentucky teams that returned more minutes and more points (in terms of percentages) than the 2021-22 team is slated to return were the 2011-12 national championship squad and the 2014-15 Final Four team that started the season 38-0. Adding the Wildcats’ four transfers to the equation, Kentucky’s current 2021-22 roster includes 13,385 minutes, 5,203 points, 1,917 rebounds, 1,132 assists and 543 total 3-pointers in college basketball production. (Release via Kentucky) Follow Adam Zagoria on Twitter Follow ZAGSBLOGHoops on Instagram And Like ZAGS on Facebook