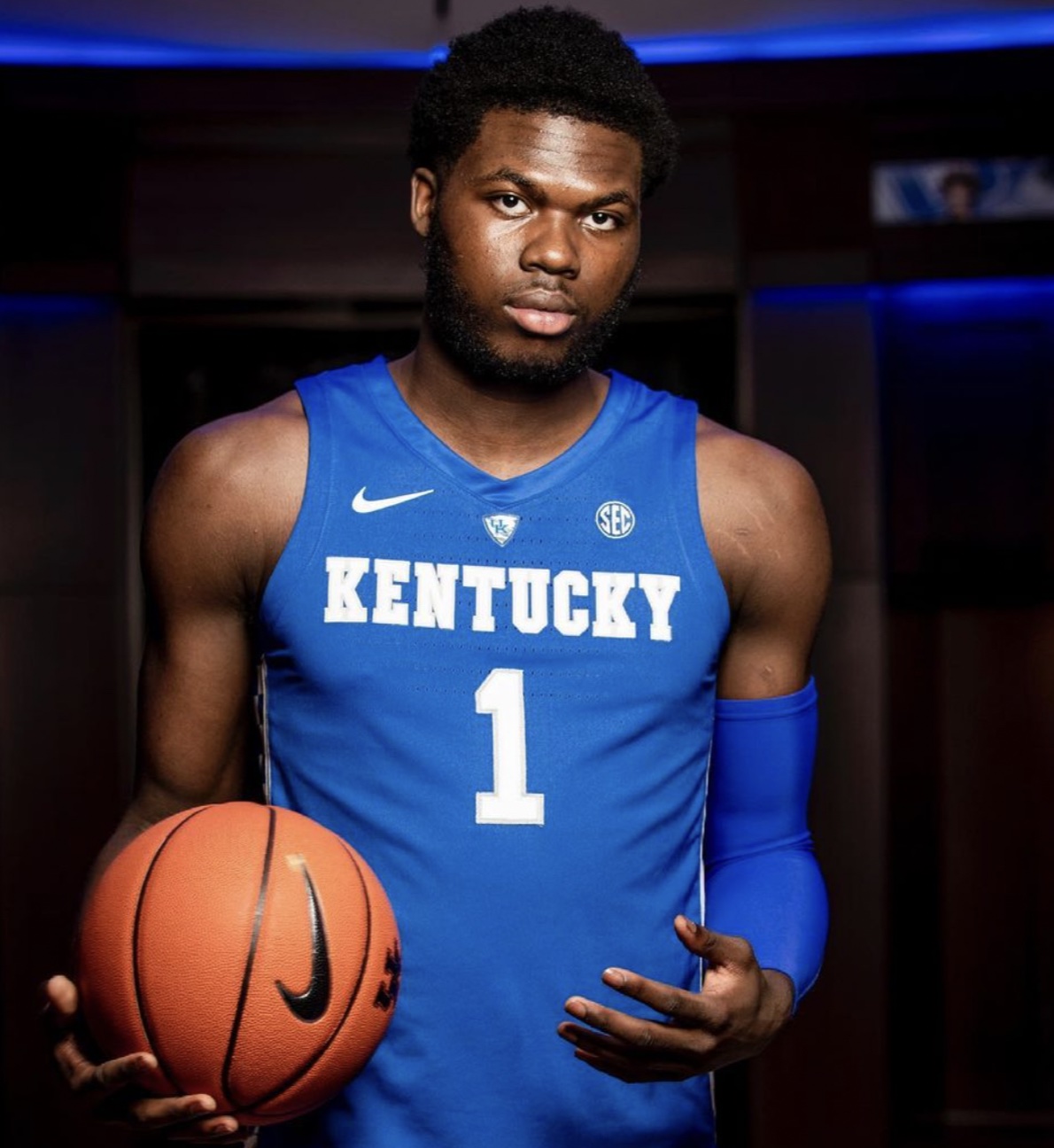 By JACOB POLACHECK Chris Livingston, the nation’s No. 4 overall prospect in the class of 2022, has committed to Kentucky, joining five-stars Shaedon Sharpe and Skyy Clark to give the Wildcats the top recruiting class in 2022. “Coach Cal is a great guy,” he told ZAGSBLOG after his official visit to Kentucky in June. “He’s really personable, considering how much of a legend he is and how big his status is in the basketball community and the world. He’s down to earth, easy to talk to, funny and cool. I like him. The coaching staff was nice and welcomed my family.” Livingston, a 6-foot-6, 200-pound small forward out of Akron, OH, chose Kentucky over his two other finalists: Georgetown and Tennessee State. One remark in particular from Calipari on his official visit caught Livingston’s attention immediately: “The program won’t change for you, but it will change you,” Livingston recalled. “That really means that you have to be committed if you want to be a Kentucky basketball player.” Livingston also had offers from pro leagues such as Overtime Elite and the NBA G League, but with NIL fully in effect in college basketball, the pro route never emerged as a serious candidate. “Kentucky basketball, one thing that they pitched was being at the forefront of the schools that are working towards it, knowing this was going to come,” Livingston said. “They have plans set in place for the players. It’s really going to shake up college with people knowing that they can make money while being a college basketball player. It’s definitely something that affects my decision at the next level.” Livingston recently announced that he will be headed to national powerhouse Oak Hill (VA) Academy for his senior season, alongside his twin brother Cordell. “Chris is an athletic wing who can score the ball from three, from midrange, and get it to the rim and finish,” Oak Hill head coach Steve Smith said. “He is a tremendous passer and a very unselfish player. He rebounds his position well. He is very coachable, a leader, and a player that his teammates love to play with.” Considered Akron’s best prospect since LeBron James, Livingston averaged 31.1 points, 15.8 rebounds, 6.1 assists, 4.7 steals and 4.0 blocks per game at Akron (OH) Buchtel last season, while shooting 71 percent from the field as a junior. Follow Jacob Polacheck on Twitter Follow Adam Zagoria on Twitter Follow ZAGSBLOGHoops on Instagram And Like ZAGS on Facebook