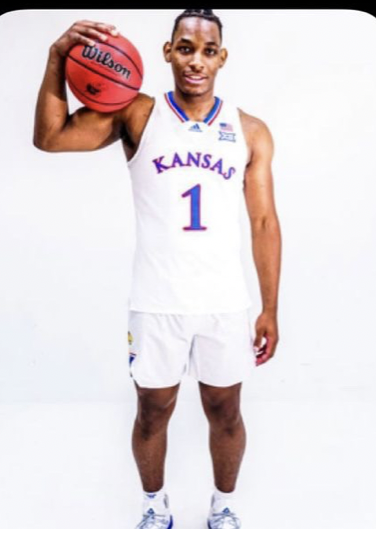 By ADAM ZAGORIA Kansas on Tuesday landed a pledge from 4-star small forward M.J. Rice of Prolific Prep (CA). Rice, a 6-foot-5, 225-pound small forward, spent last season at Oak Hill (VA) Academy, averaging 23 points, seven rebounds and five assists per game. Ranked by 247Sports.com as the No. 5 small forward and No. 27 overall prospect in the class of 2022, Rice posted averages of 25 points, seven rebounds and four assists per game this spring with Team Loaded (NC). “I will be committing to Kansas,” he told Sports Illustrated via video. He chose Kansas over offers from N.C. State, Providence, Ole Miss, Pittsburgh, North Carolina Central and Boston College, among others. “M.J. Rice is a great young man who was raised extremely well,” said Prolific Prep coach Billy McKnight. “He is as focused on being as ready for the next level and beyond as possible. “M,J. had a huge summer playing for Team Loaded AAU in helping them win some big time games. “His ability to score the basketball at all three levels from the wing, rebound, play with physicality, and defend translate immediately to the next level. “His mindset, maturity, focus, and willingness to push himself, is honed and sharp. “M.J. is going to be an immediate impact player next year at Kansas.” Follow Jacob Polacheck on Twitter Follow Adam Zagoria on Twitter Follow ZAGSBLOGHoops on Instagram And Like ZAGS on Facebook