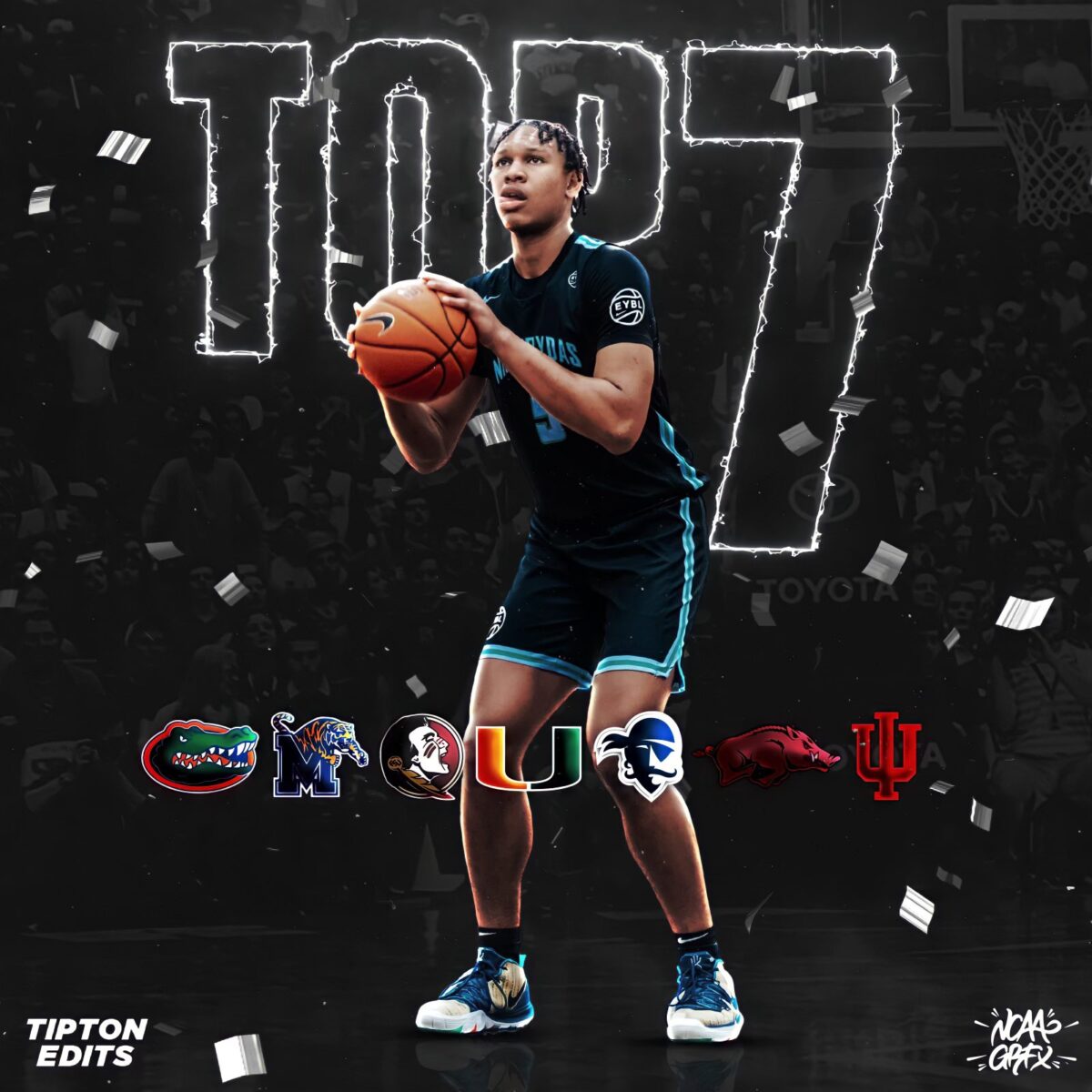 By ADAM ZAGORIA Malik Reneau is poised to announce his college commitment. The 6-foot-8 1/2, 227-pound forward from Montverde (FL) Academy and the Nightrydas AAU program will announce on Wednesday. Ranked the No. 7 power forward in the Class of 2022 per 247Sports.com. Reneau is officially listing Florida, Memphis, Florida State, Miami, Seton Hall, Arkansas and Indiana, but has not visited several of those schools. The Miami native recently visited Florida and Florida State. He previously broke down each school for ZAGSBLOG: Florida: “[Their message] is just being a versatile forward that can come off screens, play in the post, inside/outside type of player. [It’s a] great campus, everything is pretty close, easy to access, all that type of stuff. The coaching staff was great.” Memphis: “Really the same thing, being a versatile forward that can play inside and outside, being able to do everything. The coaching staff, most of them played or coached in the NBA and it’s a pro-style offense so they’re showing you a little bit of everything before you get to that type of level.” Florida State: “Coach [Leonard] Hamilton, coach C.Y. [Young], great people. Their message to me was being able to space the floor, being a versatile four that could come off the screens and push the break, do a little bit of everything. And they develop the players into the pros.” Miami: “Miami is the hometown team, great coaching staff, great player development. Coach L [Jim Larranaga], great guy. And their thing is being a versatile forward, being able to do a lot of stuff for them, coming in and just being close to home is a big part with them.” Seton Hall: “He does have an interest in Seton Hall,” Coach Kevin Boyle said. “I think Grant Billmeier has done a terrific job communicating with him. “He’s a kid that’s just a great kid. He’s going to be a great career college player. Just like I told them with Sandro [Mamukelashvili] that Sandro is going to get better and better as he gets more comfortable and he’s got a lot of talent. Malik is a different type of player than Sandro but he very well could have the same type of career by the time he’s a junior or senior. Arkansas: “Great coaching staff and all the coaches have that NBA experience, so they understand what it takes to get to that type of level. They’re great with players, communicate often and stuff like that.” Indiana: “Coach Mike Woodson is preaching his pro-style offense . He’s been there, he knows what it takes to get there, just preaching that pro-style offense and really his development, how he developed his forwards and have his players trust in him on and off the court.” Montverde had seven former players drafted in the NBA Draft and that made an impression on Reneau. “It shows what Coach Boyle is doing,” he said. “He has the recipe and the players believe in him and he has the guys very disciplined and getting them ready and getting players to come together and play hard and develop and understand what they have to do.” “Malik’s just blowing up,” Boyle said. “He had a fabulous summer at the EYBL and everybody is recruiting him now. He’s got a lot of schools that have come at him. “He’s got to get a little stronger, a little more nasty but he’s a very skilled player. He’s a great kid and a great student.” This post was updated Aug. 29 at 10 a.m. Follow Adam Zagoria on Twitter Follow ZAGSBLOGHoops on Instagram And Like ZAGS on Facebook