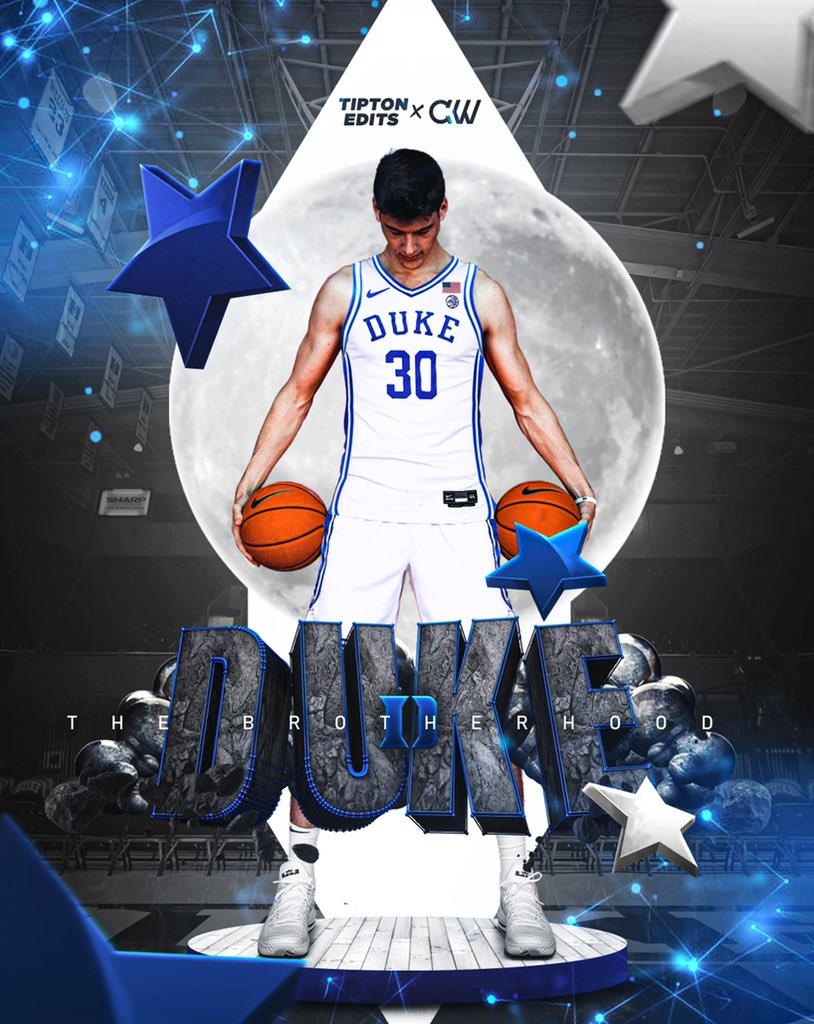 By ADAM ZAGORIA In what could be the first domino in a huge week for Duke and coach-in-waiting Jon Scheyer, Class of 2022 center Kyle Filipowski of the NY Rens and Wilbraham & Monson (MA) announced his commitment to the Blue Devils on Thursday via Twitter. Ranked the No. 6 center per 247Sports.com, he also considered Kentucky, Michigan, Indiana, North Carolina, Ohio State, Iowa, UConn and Syracuse, among others. “At the end of the day, they just checked all of the boxes for me,” Filipowski told ESPN. “They are a national level team, my academics were very important to me, and I had a good feel for the environment and campus. Just being around that type of environment and having those relationships, I really feel like when I’m done with my time at Duke I’ll be the best version of myself, both on and off the court. I can just envision myself growing there with the people I’m surrounding myself with.” Wilbraham & Monson coach Mike Mannix said Filipowski will be a modern-day big man going forward. “I think he’s going to be that combo forward that you can play at the four spot,” Mannix said. “You can play a small forward and a big with him. You could play a bigger wing with him. He’s going to have no problem playing a two-big system. “The good thing that Kyle brings is he can get a rebound, bring the ball down the floor, he can get you into some stuff or create. He handles the ball like a guard so he should be a very good combo forward in college.” With Duke coach Mike Krzyzewski set to retire following the 2021-22 season, Scheyer now has his first pledge in Filipowski and he could land another as soon as Sunday when Montverde (FL) Academy wing Dariq Whitehead announces in Newark. He is considering Duke along with Florida State and Kansas. Duke is also in the mix for guard Jaden Schutt and bigs Mark Mitchell and Dereck Lively, who won Peach Jam on Sunday with Team Final. “Coach K retiring didn’t change how I felt about Duke,” Filipowski told ESPN. “I’ve been building this relationship with Coach Scheyer for over six months now and the vision he has, not just for me but for my class, is something that I can envision myself in. I believe in him and what he is planning. I think being a part of that and helping him make his own name at Duke would be something very special for both of us. I just wanted to carry on the dynasty of Duke, but also create a foundation with Coach Scheyer.” Filipowski is the second member of the NY Rens to commit this week after point guard Denver Anglin announced for Georgetown on Wednesday. Follow Adam Zagoria on Twitter Follow ZAGSBLOGHoops on Instagram And Like ZAGS on Facebook

Following Peach Jam title, Jalen Duren could announce next steps in 'near future'