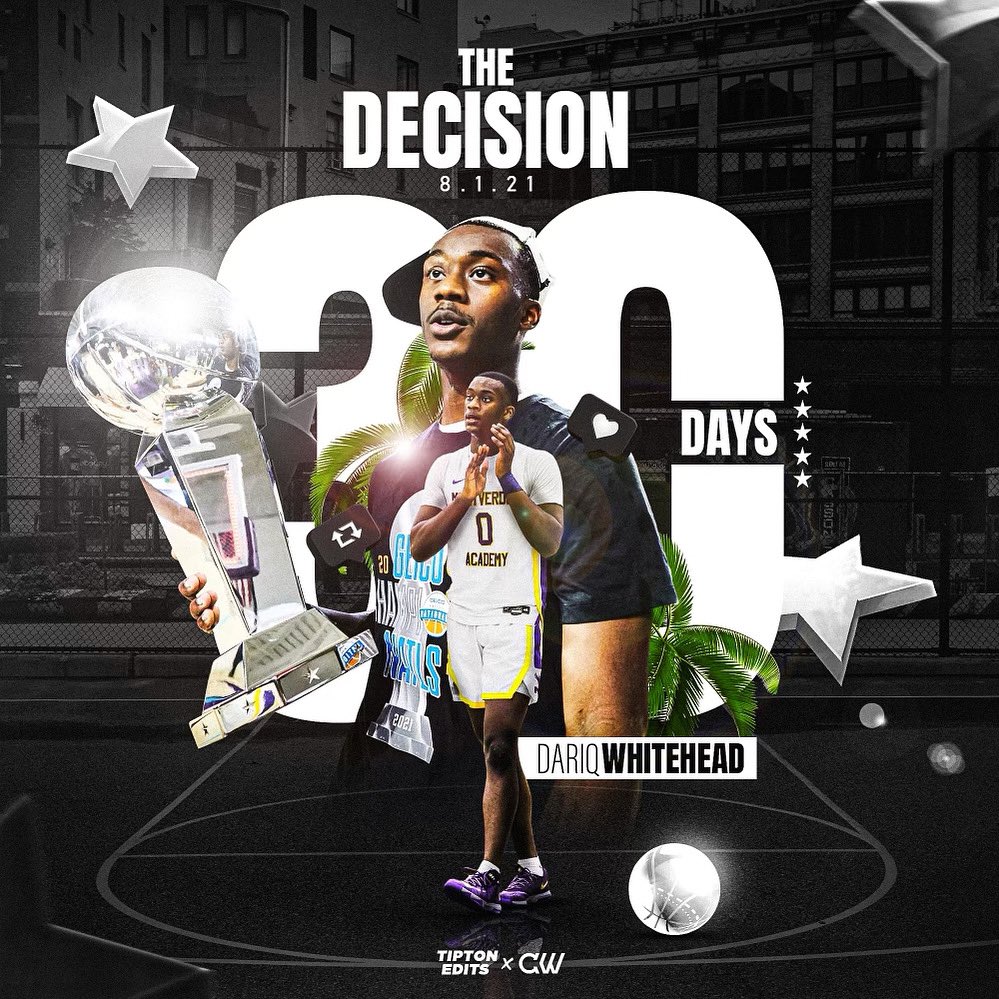 By ADAM ZAGORIA Dariq Whitehead, the 6-foot-5 Class of 2022 wing from Montverde Academy (FL) and Team Durant, will announce his college choice Aug. 1 in his hometown of Newark, N.J. Ranked the No.3 small forward in his class per 247Sports.com, Whitehead has visited Duke, Kansas and Florida State. Duke was his first visit after he picked up an offer from coach Mike Krzyzewski. If he commits there, he would be the first commit for coach-in-waiting Jon Scheyer. Whitehead said on ESPN last week during the Nike Peach Jam that he would be looking for a “bond” with his new coach and teammates when choosing a school. “The separating factor, I really feel is the bond you have with the coach,” he said. “If you have a coach that you can trust and you got a good bond with him, I feel like you’ll go to war for him any day. “The school that I’m going to choose is a school I would want to be at if I wasn’t playing basketball, just being around a great group of guys and stuff like that. Making sure your culture is all about you, that’s it.” An explosive scorer in the open court, he averaged 9.3 points, 3.8 rebounds, and 1.1 steals last season at Montverde. “Over the last four years, Dariq has made incredible progress at Montverde,” said coach Kevin Boyle, who has had six top-3 NBA Draft picks since 2011 and expects to have a seventh Thursday with Cade Cunningham. “He has developed into an honor roll student and into legitimate National Player of the Year candidate. If he continues to work hard and stay humble he has a very good chance to be a great two-way NBA player.” This post was updated July 28. Follow Adam Zagoria on Twitter Follow ZAGSBLOGHoops on Instagram And Like ZAGS on Facebook