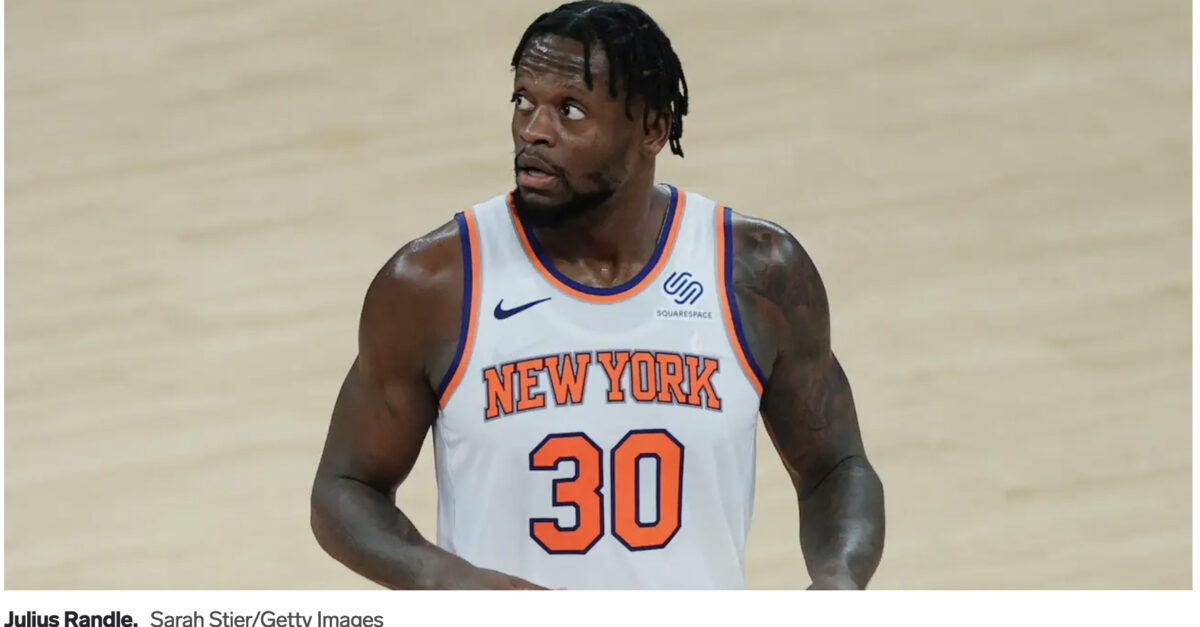 By ADAM ZAGORIA Bradley Beal is out for Team USA in the Tokyo Olympics due to Health and Safety protocols and Jerami Grant has been placed in the protocol. Now Jerry Colangelo, Gregg Popovich and company have a decision to make. After losing back-to-back exhibitions to Nigeria and Australia, should they add another big to fortify a roster that features Bam Adebayo as the only true center? Should they add a shooter who can help space the floor? Or should they go in another direction? With Trae Young and Ja Morant both apparently out of the mix, Team USA is considering Knicks forward Julius Randle, Heat guard Duncan Robinson and Sixers wing Tobias Harris, among others, ESPN’s Brian Windhorst reported. Randle is coming off a spectacular regular season for the Knicks in which he was named to the All-NBA Second Team and averaged 24.1 points, 10.2 rebounds and 6.0 assists and led the team to its first playoff appearance in eight years. Colangelo said last month that Randle “was close” to making the initial Olympic roster. “Randle was right there,” Colangelo said via SNY’s Ian Begley. “He was one of our considerations, especially when some of the injuries took place and we lost a few players.’’ Robinson is a free agent, which could complicate his status for Team USA, but the one-time Division 3 guard was in the original Olympic pool along with Heat teammates Jimmy Butler and Victor Oladipo. He averaged 13.1 points and shot 41 percent from deep and would give Team USA a floor-spacing shooter. The Sixers’ Harris averaged 19.5 points and 6.8 rebounds last season, and is out of the country until the weekend. The U.S. remains without Devin Booker, Khris Middleton and Jrue Holiday, who are playing in the NBA Finals and are scheduled to join the team for the Olympics. Team USA plays its final exhibition Sunday against Spain, and opens Olympic play July 25 against France before playing Iran (July 28) and the Czech Republic (July 31). Follow Adam Zagoria on Twitter Follow ZAGSBLOGHoops on Instagram And Like ZAGS on Facebook