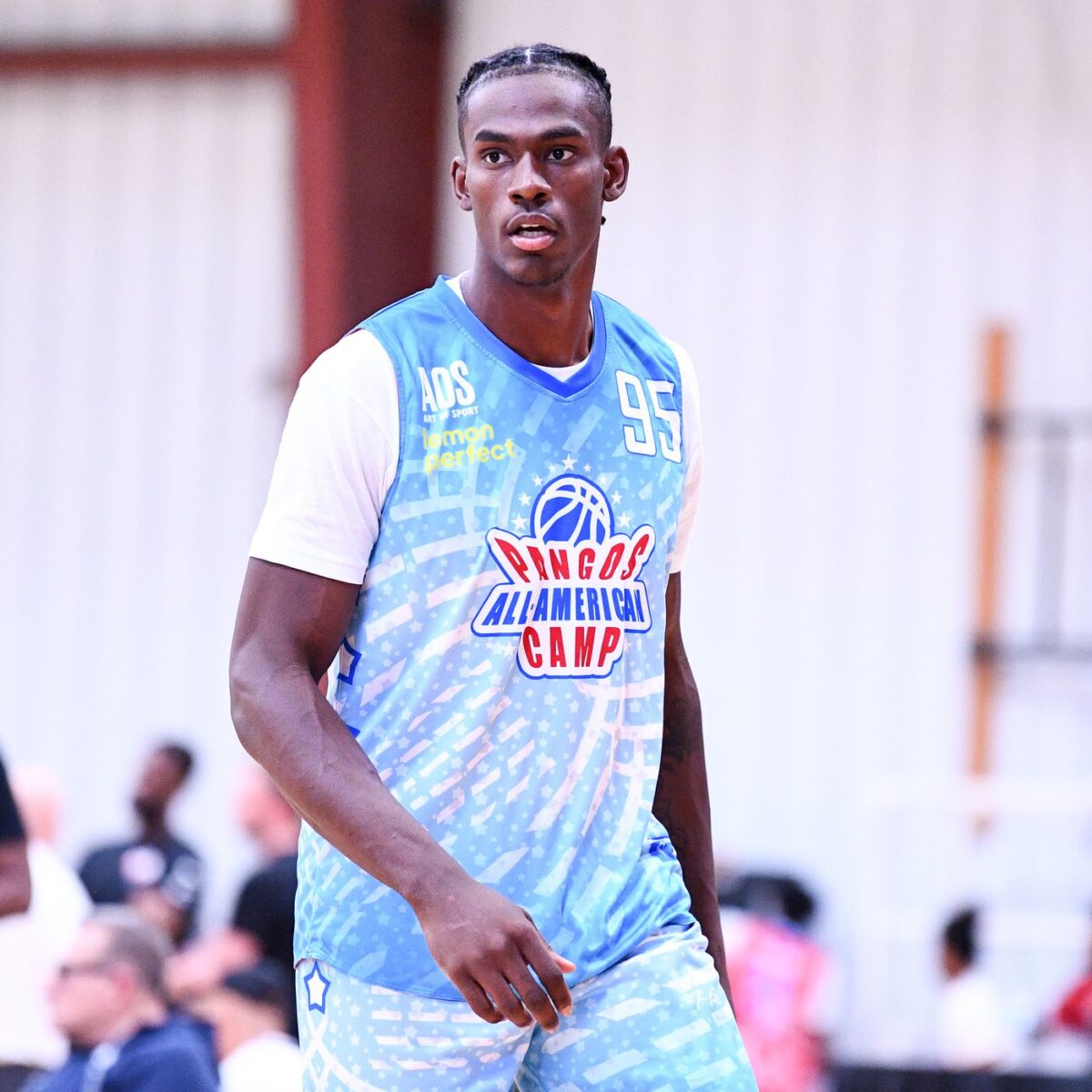 By RICH FLANAGAN LANCASTER COUNTY, Pa. — June was a very busy and intensive month for Jalen Duren. The 6-foot-10 big man out of Montverde Academy and one of the top two players in the Class of 2022 went on several visits starting with Miami (Fla.) on June 13. Duren has the option of reclassifying to 2021 at the end of the summer, and ZAGSBLOG has reported he is expected to go that route. With head coach Jim Larrañaga and assistant coach DJ Irving looking on, Duren posted four points and 12 rebounds in Team Final’s 63-48 victory over Crown Basketball at the Hoop Group Summer Jam Fest at Spooky Nook Sports on Saturday. Duren has developed a great rapport with Larranga’s staff, especially now with one of his former coaches from Roman Catholic (Pa.) in Irving having come on in April. “I’ve been building a relationship with them over the last few years,” Duren said. “They offered me during my sophomore year and became one of my first couple offers. Honestly, it’s all love over there. They have a great program with a lot of older guys, which is great for college basketball, and a great system. It would be a great opportunity for me.” During the nightcap, Memphis head coach Penny Hardaway and new assistant Larry Brown, who was hired on July 8, as well as Kentucky head coach John Calipari watched the talented forward and Team Final cruise to a 63-39 win over Jersey Force. Duren visited Memphis on June 23 and the addition of Brown is making the allure of the Tigers program even more enticing. “The pro experience they have in Penny Hardaway and Larry Brown is tremendous,” Duren said. “And Cody Toppert helped develop Devin Booker into an All-Star [with the Suns]. Coach Brown is a Hall of Fame coach and the pro experience is a huge factor. I like what they have over there. Since Penny came over, they’ve been building and they’re on the rise.” His final visit of the month came on June 28 when he flew to Lexington to get a closer look at the Wildcats program. His visit to a program that has been to three Final Fours since Calipari took over was his first to the Bluegrass State. “I had the chance to learn about the program,” Duren said. “Talking to Coach Calipari and Bruiser Flint for the first time was amazing. They can develop me and learning about the history of the program was great. It was my first time in Kentucky so seeing a lot of it was terrific.” Following those three visits, Duren announced his top five on July 2 with all three schools making the list along with professional opportunities in the NBA G-League and the National Basketball League (NBL) also making the cut. It’s a possibility that has caught the attention of many high level prospects like Duren in recent years and something that he did not rule out as a potential path forward. “It’s not something that can be rushed,” Duren said. “The pro options are very appealing in the fact that they have also have a great development aspect. All I want to do is develop. Wherever I can do is where I will choose to go and the professional options certainly have that.” Following two dominant years at Roman Catholic, where he won a Philadelphia Catholic League title as a freshman then averaged 17.1 points, 12.5 rebounds and 3.4 blocks per game as a sophomore, Duren continued his growth as a junior. He was named to the 2021 Naismith National High School All-America Boys Second Team after avg. 15.5 points, 10.6 rebounds and 2.4 blocks while leading Montverde to the GEICO Nationals Title. During his final AAU season with Team Final, he was paired with the other top player in the 2022 class in Emoni Bates and that did not account for other high major prospects in UConn commit Corey Floyd, 7-1 center Dereck Lively, also in the top five in this class, and guards Otega Oweh, Justice Williams and Jameel Brown. Duren has a major decision ahead of him but after a dominant weekend in Manheim, Pa., his focus now shifts to winning Peach Jam. Team Final fell in the semifinals a year ago. Follow Rich on Twitter Follow Adam Zagoria on Twitter Follow ZAGSBLOGHoops on Instagram And Like ZAGS on Facebook