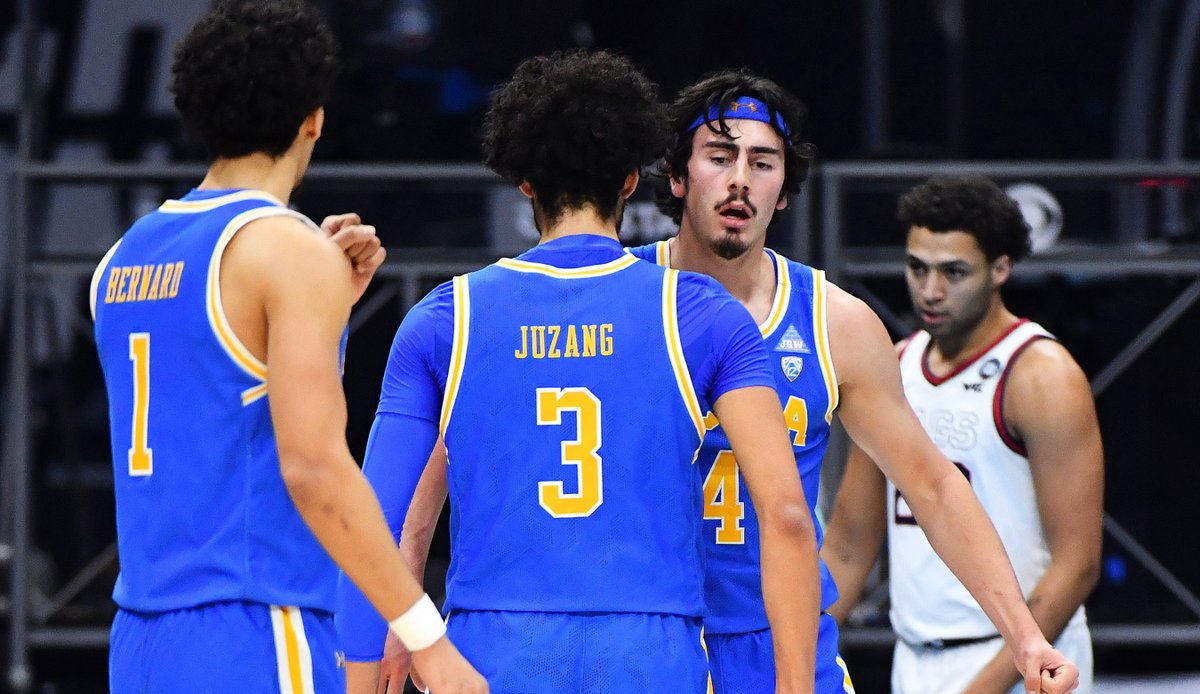 By ADAM ZAGORIA Johnny Juzang and Cody Riley are coming back to UCLA and the Bruins are going to be really good. Juzang, the 6-foot-6 sophomore guard who helped carry the Bruins to the Final Four of the NCAA Tournament, announced Wednesday night he will withdraw from the NBA Draft and play for the Bruins as a junior. “Westwood, I can’t wait to go to war!’ he wrote on social media.”We’ve got a team full of warriors and there’s nobody I’d rather fight beside. With Coach Cronin and our staff, I’m very excited for this season. Let’s do something special.” Juzang, who averaged 16.0 points and 4.1 rebounds as a sophomore, is currently projected as the No. 51 pick in the Draft to the Grizzlies, per ESPN.com. Juzang averaged 23 points during the Bruins run to the Final Four, including a 28-point (11-for-19 FG, 2-for-5 3FG) scoring spree en route to a pulsating 51-49 win over Michigan during the Elite Eight. He scored 29 points during a 93-90 loss to Gonzaga in the Final Four, a game which ended on Jalen Suggs’ miraculous buzzer-beating 3-point. While known for his scoring, Juzang said Bruins head coach Mick Cronin’s major emphasis on defense allowed him to rapidly grow into a complete player.  “I’m making strides on defense, really impacting the defensive end of the ball,” Juzang said via Zoom during the NBA Combine. “I do feel good in the the fact that I feel like I’m impacting the ball on defense.” Earlier Wednesday, the 6-9 Riley announced his return after averaging 10.0 points and 5.4 rebounds. With the returns of Juzang, Riley and other key players like Tyger Cambpell and Jaime Jaquez Jr. and the additions of Rutgers grad transfer Myles Johnson and five-star small forward Peyton Watson, UCLA figures to be one of the top teams in the nation, along with Gonzaga, Villanova and others. Follow Adam Zagoria on Twitter Follow ZAGSBLOGHoops on Instagram And Like ZAGS on Facebook

Ron Harper Jr., Geo Baker both withdraw from NBA Draft and will return to Rutgers