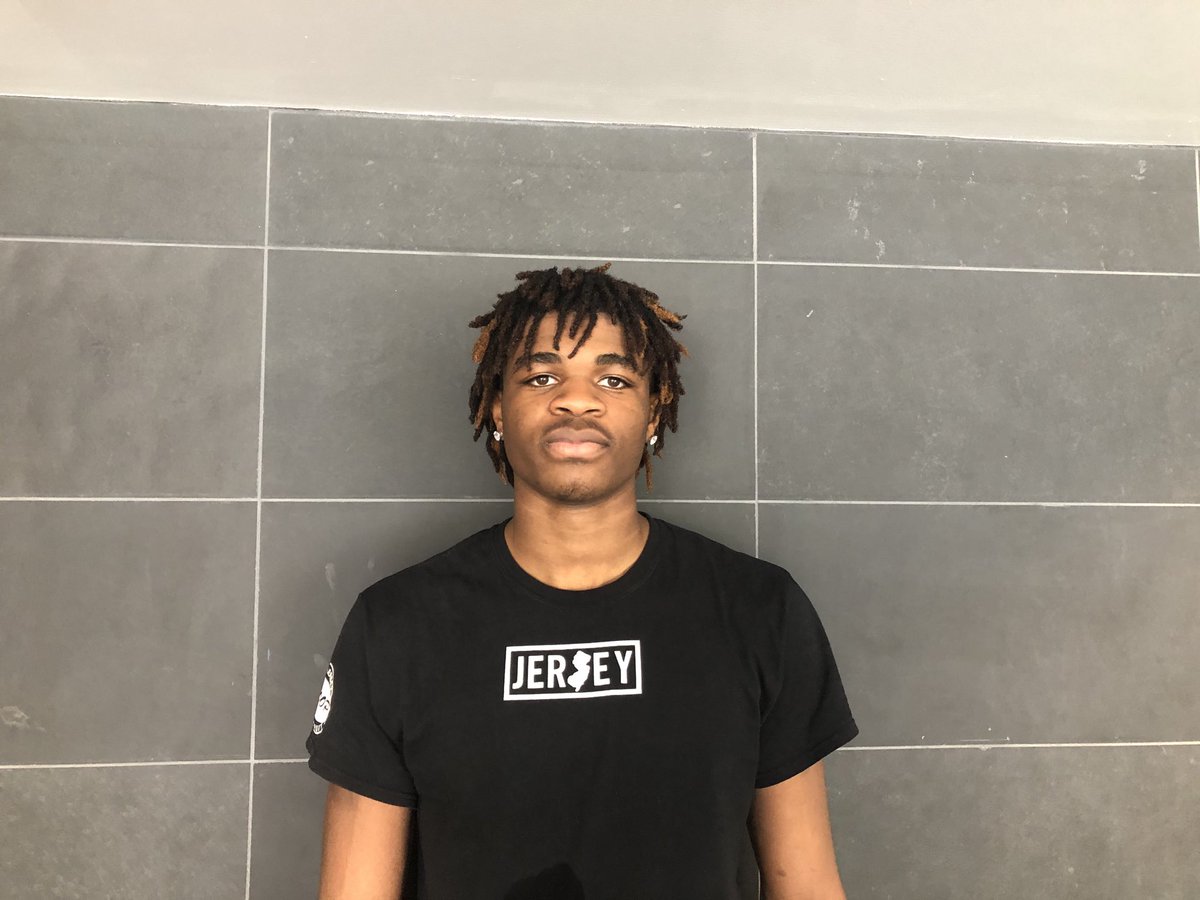 By ADAM ZAGORIA BLAIRSTOWN, N.J. — Class of 2022 Blair Academy guard Otega Oweh is planning several visits this summer after Peach Jam. The 6-foot-4 shooting guard who also runs with Team Final has already visited Penn State and plans to trip to Georgetown, Xavier, Miami, Georgetown, Minnesota and Seton Hall. Penn State’s Micah Shrewsberry and Adam Fisher and Minnesota’s Ben Johnson were among those on hand Saturday for Otega and others. Penn State: “They’re saying I could be a really good fit for their program. Obviously my brother went there, so I’ve been going up and down for a couple years now and they think I’d have a really good opportunity up there to get to the highest level if I go there. Coach Shrewsberry likes versatile people and getting it and going, so that’s kind of my game.” Penn State is also involved for Team Final guard Jameel Brown and 7-foot-1 Dereck Lively. Asked if they talk about playing together, Otega said, “Nothing really serious but it would be great to play with all of them at the next level. That would be awesome.” Minnesota: “They’re kind of new in recruiting me but I speak with them almost every day on FaceTime. I kind of like that relationship and they’re really prioritizing me and saying they like my versatility. They like playing off ball screens a lot and if I keep working on that, they think I can help the team.” Miami: “Coach [Jim] Larranaga and Coach [DJ] Irving have been saying they think i can make a big jump in college and they see similarities of Dwyane Wade in my game.” Georgetown: “I’ve been speaking to coach [Akbar] Waheed a lot and he’s been on me since my freshman year, so he’s just been watching my progression and my growth and thinks if I go to Georgetown, with coach [Patrick] Ewing having played in the NBA, he thinks he can get me to the next level because that’s what I want to do. He’s just drilling that in my head that my progression and player improvement will keep on going up.” VCU: “I’ve been talking with coach [Mike] Rhoades and coach [JD] Byeas and they’re saying they’ve had Bones [Hyland] and he had a breakout year at VCU. He thinks I could go there and have the same impact and they like getting it up the court and running and throwing dunks.” Seton Hall: “They want me to stay home and put on for Jersey, and they are really big on player development and think I’ll really thrive under them like how Myles Powell did.” Follow Adam Zagoria on Twitter Follow ZAGSBLOGHoops on Instagram And Like ZAGS on Facebook