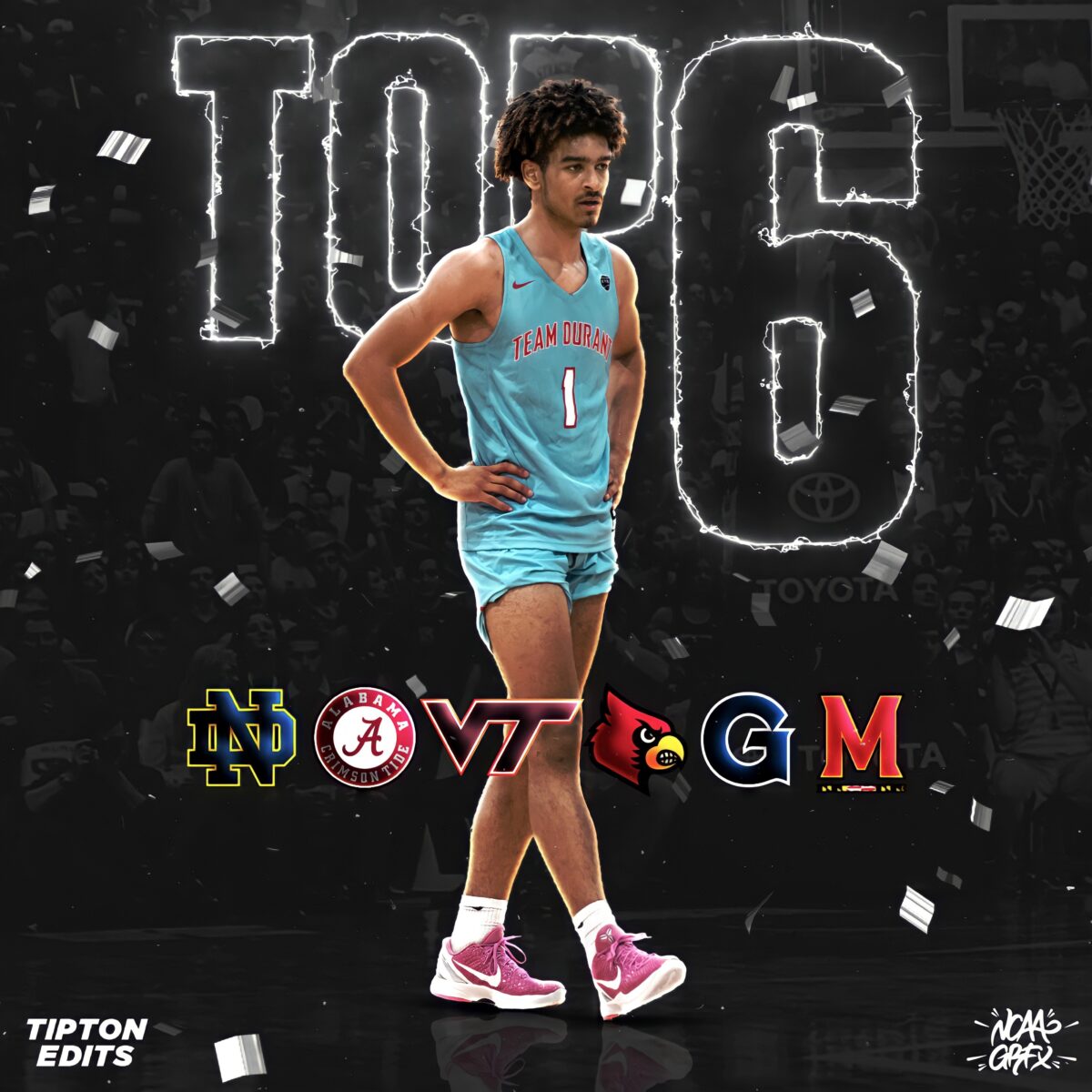 By ADAM ZAGORIA Rodney Rice, the 6-foot-4 shooting guard from DeMatha Catholic (MD), dropped his top six on Saturday. Ranked the No. 64 overall player in the Class of 2022 and the No. 9 shooting guard per 247Sports, he is down to Alabama, Notre Dame, Virginia Tech, Louisville, Georgetown and Maryland. He has aleady visited Alabama, Louisville and Virginia Tech. His father, Rodney Sr., said a decision is expected sometime in late September or early October. “Rodney is a special type of lead guard that has a unique skillset,” said Angelo Hernandez of Team Durant. “He hasn’t scratched the surface with the amount of talent he has in his arsenal.” Follow Jacob on Twitter Follow Adam Zagoria on Twitter And Like ZAGS on Facebook