Through hardship, Jeremiah Jenkins is standing strong as one of 2024's most intriguing prospects | Zagsblog
Follow @adamzagoria 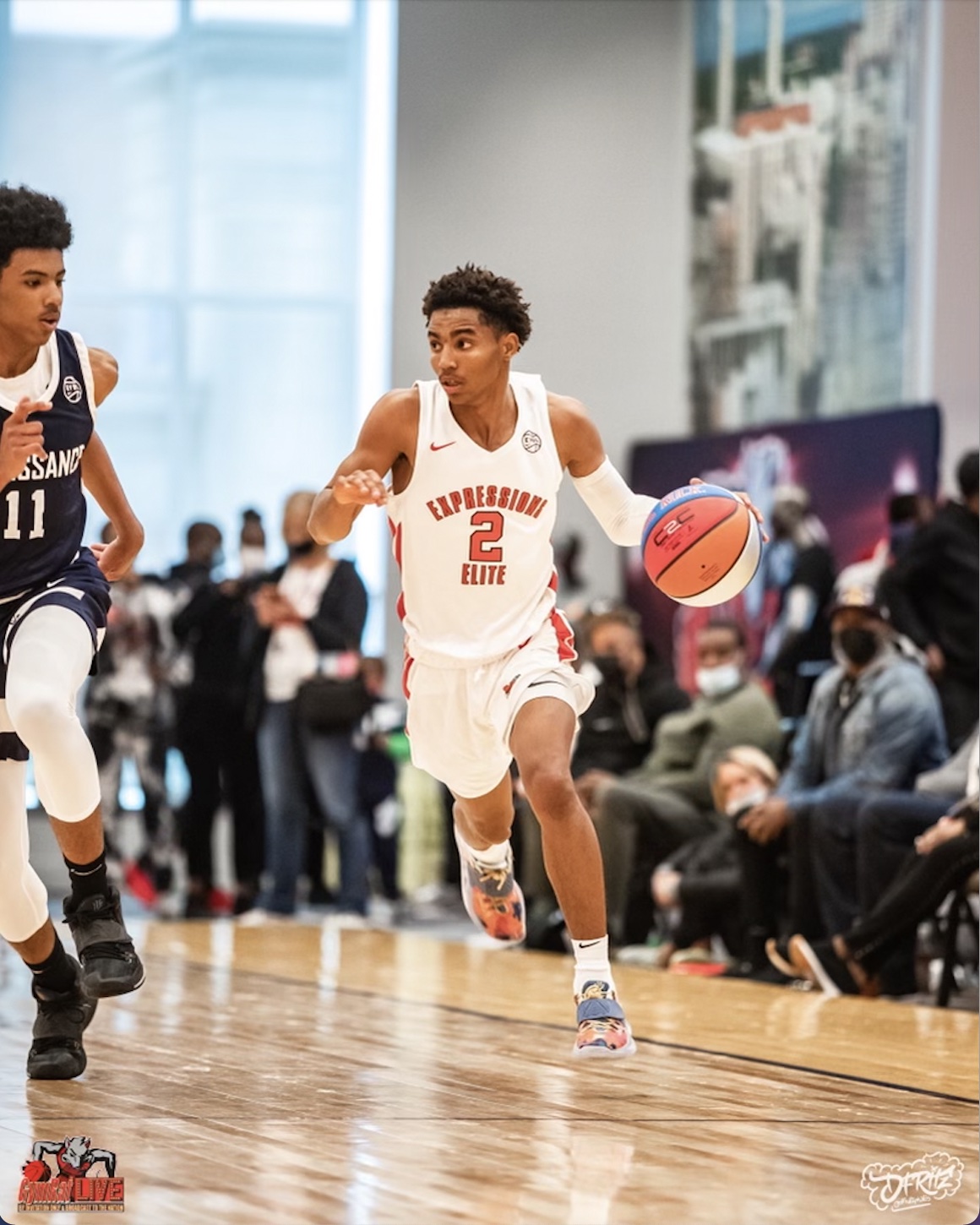 By JACOB POLACHECK It’s May 11. Jeremiah Jenkins sits alongside his father, Tyshawn Yopp, making his way home from practice when he hears the news. Although college coaches are unable to reach out directly, Jenkins is receiving his first offer from UMass, a defining moment for the 6-foot guard out of Brewster (NH) Academy. “I was more in shock because it was so unexpected,” Jenkins said. “It was a very exciting moment for me.”  Today, Jenkins is considered one of the top prospects in the class of 2024, but it wasn’t long ago that his attention was focused elsewhere.  Growing up in a house full of athletes, Jenkins was exposed to a number of different sports, picking up the game of basketball at the age of four. But in his early years, it was football that was the real apple to his eye.  Yet, by the time middle school came around, Jenkins began to shift his attention from football to basketball and it wasn’t long before he recognized his incredible talent.  That moment of recognition came as an eighth grader attending a MADE Hoops summer event with his AAU program Expressions Elite. “That’s when people started to talk to me,” Jenkins said. “All those things made me realize, yeah, I should take this game seriously.”  However, Jenkins’ rise to national prominence hasn’t been void of loss.  First, it was his older brother, David Bon Kartelli, who passed away at the age of 25. Jeremiah was just 15 at the time.  “If I were to relive that, it would be a painful moment for me,” Jenkins said. In Jenkins’ earliest memories playing basketball for the first time, Kartelli was always right by his side, putting up shots on the mini-hoop outside his home.  “We were just playing basketball because that’s all I knew,” he said.   Not long after Kartelli’s death, Jenkins was hit once again by tragedy.  On April 23, the entire basketball community mourned the loss of University of Kentucky star guard Terrence Clarke, who died in a car accident at the age of 19 in Los Angeles.  This loss hit home, as Clarke, like Jenkins, was part of the Expressions Elite AAU program as a teenager.  “He was someone I really looked up to playing basketball,” Jenkins said. “I’m not going to sit here and lie and say that was my best friend or anything like that, but a week before his passing, I was on the phone with him.”  And what did Clarke say to him before his passing?  “Always keep doing what you’re doing and keep killing,”  Jenkins recalls. “That stuck with me because I already looked up to him in so many ways. His last words were motivation for me to keep going every day, even when I don’t want to because he didn’t get that opportunity.” Through the hardships and loss, Jenkins has remained steadfast in his goals, maintaining a 3.0 GPA while building his own reputation as one of 2024’s most exciting backcourt prospects.  “I’m impressed with how poised and mature Jeremiah is on the court,” Expressions Elite coach Ken Jackson said. “He is different because he works off the court, studies, makes the passes and he creates when others make the pass you’re supposed to make.”  Jenkins is back with Expressions Elite this summer, forming an elite backcourt alongside fellow 2024 standout Jason Asemota.  “Jason is like a brother to me,” Jenkins said. “When we’re on the court, we’re all about business. We already have that bond with each other. We push each other all the time so we’re always on the same page.”  With an ability to score at an elite level, while getting others involved, Jenkins has not only impressed scouts and coaches, but his teammates as well.  “Jeremiah is the best point guard I’ve played alongside,” Asemota said. “He’s fast, knows how to handle the ball and is very quick in transition. We have a strong connection off the court and it translates onto the court as people see us as a top duo in the country.”  And as a teenager, it’s Jenkins’ leadership qualities that separates him from his peers.  “He’s the type of point guard that you know you always have a chance with when he’s on the court,” Jackson said. “He doesn’t let the accolades or attention affect him as a person or player. He’s a great person on and off the court.”  Follow Jacob Polacheck on Twitter Follow Adam Zagoria on Twitter Follow ZAGSBLOGHoops on Instagram And Like ZAGS on Facebook