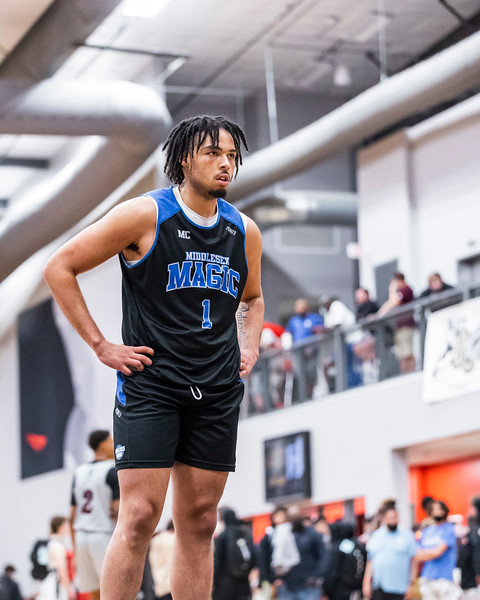 By ADAM ZAGORIA Dom Campbell might be flying under the radar a bit because his Middlesex Magic team doesn’t play on a major sneaker circuit, but he is making a name for himself just the same. The 6-foot-9, 260-pound center from Philips Exeter has excelled already this spring at grassroots events in Dallas and New York. He is a big man with the skill to make threes and deliver passes with both hands as well as the physicality to score on the block and rebound the ball on both ends of the floor. He holds offers from Boston University, Lehigh, Holy Cross, Brown, Siena, Albany, Howard, Princeton, UMass, Penn, Yale, Wofford, William & Mary, Rice, Notre Dame, South Carolina, VCU, Penn State, Virginia Tech, Minnesota, Stanford, Providence and Oklahoma. Campbell is taking an unofficial to Harvard June 11 (today) and will then take officials to Stanford (June 14-15) , Oklahoma (June 22-24) and Notre Dame (June 28-30). Follow Adam Zagoria on Twitter Follow ZAGSBLOGHoops on Instagram And Like ZAGS on Facebook