Which Class of 2022 players excelled at The Collision in New York City? | Zagsblog
Follow @adamzagoria

Which Class of 2022 players excelled at The Collision in New York City? 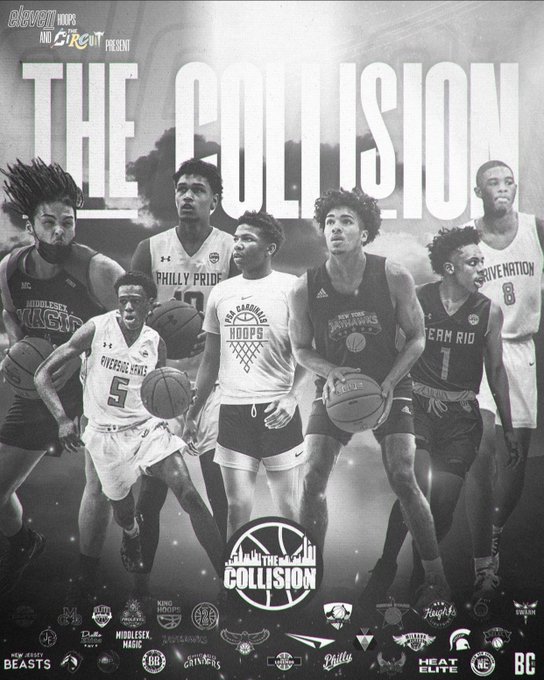 By CHARLIE PARENT With the Spring AAU season in full swing, the class of 2022 is now in full-focus in the recruiting world. The Collision, hosted by the NY Jayhawks coach Jay David and Eleve11 Hoops, had a fistful of Division 1 prospects looking to improve their stock. Now, we look at seven players who stood out, and where they stand in the recruiting process.  Jaylon Johnson- Point Guard- Drive Nation HTX Johnson was one of the more impressive players on Saturday and a player who is getting some serious attention from colleges at the moment. He had one of the smoothest strokes of any player at the tournament and knocked down jumpers from all over the floor. Johnson stressed, however, that it was not all perfect, “I need to finish a lot more at the goal,” He said. “I have to get my teammates more involved and focus more on my facilitating.” Johnson currently does not hold any major offers but is drawing interest from the likes of Ohio State, Texas Tech, Rice, and others.  Shawn Jones- Forward- Drive Nation HTX A 6’8” forward, Jones was one of the more highly-touted recruits coming into The Collision. Jones is a player who just loves to play. He’s all over the place on both offense and defense and excels in both areas. Even when he’s not strictly looking to score, he’s facilitating or flying in to crash the boards. His energy was some of the best on the floor and made him a really fun player to watch. Jones currently holds offers from a multitude of programs across the country. He cited that his current leader would be Iona right now, and he intends to take a visit there later in the summer. He also said he plans to visit Houston, Coastal Carolina, Louisiana Tech, and others by the time he starts his senior year.  Dom Campbell- Center- Middlesex Magic Campbell is an old-school center who brings a bit of unique athleticism to his position. He controls the rim extremely well and is constantly grabbing offensive rebounds for his team. Campbell has offers from all sorts of schools but stressed the want to play for a bigger program. When asked who was recruiting him the hardest Campbell responded with Notre Dame, Penn State, Stanford, and South Carolina. He also plans to visit these schools before the summer ends and mentioned Stanford was first on his list.  Blair Thompson- Combo Guard- NY Jayhawks One of the more impressive teams in the tournament, the Jayhawks, led by Thompson, showed great efficiency and balance in their games Saturday. Thompson was elated with his performance Saturday, “I got my guys involved and crashed the boards, and I’m just happy we got the win.” He currently holds offers from Xavier, Harvard, Penn, Columbia, and Yale. He also has drawn interest from Loyola Chicago, Penn State, Minnesota, Boston College, and a few others. When discussing the next steps in the process Thompson said, “I have a visit in the next couple weeks with Harvard and Columbia, and then I’m just going to move on from there.”  Josh Rivera- Shooting Guard- NY Jayhawks Rivera was another key player in the Jayhawks’ success Saturday. He stated that he liked how he was able to help his team get the win, and didn’t stress about individual numbers, “I think I played great, I played very efficiently… I distributed the ball well and had nice versatility which I need to continue doing.” Originally a 2021 prospect, Rivera will now enter his prep year and is deciding on a school within the month. In terms of college, he holds offers from Drexel, Stetson, NJIT, St. Peters, Robert Morris, Manhattan, among others. These offers are for the 2022 season and he expects more as the year goes on.  JayShane Woodard- Forward- Riverside Hawks Woodard is a player who is building up a very nice profile for himself. He’s certainly established himself as one of the best players on the court at all times and is a threat on both ends of the floor. Woodard currently holds a mixed bag of offers from programs like Illinois, St. Peters, and Manhattan. He’s also speaking with Maryland, and St. Johns, saying these teams are recruiting him very hard right now. Woodard does not have a preference on what type of program he wants to play in yet, it seems he just wants to develop with as many reps as possible, “I wouldn’t favor [a big program], I look at who’s ahead of me first and it all depends on the fit.” Jalen Bradberry- Combo Guard- Riverside Hawks A 6’2” guard, Bradberry is a major offensive weapon when he’s on the court. He loves to play hard, and play fast, and has a nice game from the perimeter. He was pleased with his performance at The Collision and stated he needed to continue his work here into the future, “I have to keep knocking down my shots and creating to make my teammates better.” The team recruiting Bradberry the most right now is Hofstra, and he cited them as his current leader. He hasn’t been able to visit the school yet due to Covid-19 but has various amounts of visits coming up in the near future. Bradberry also has offers from St. Johns, Massachusetts, Stony Brook, and others.  Follow Charlie on Twitter Follow Adam Zagoria on Twitter Follow ZAGSBLOGHoops on Instagram And Like ZAGS on Facebook