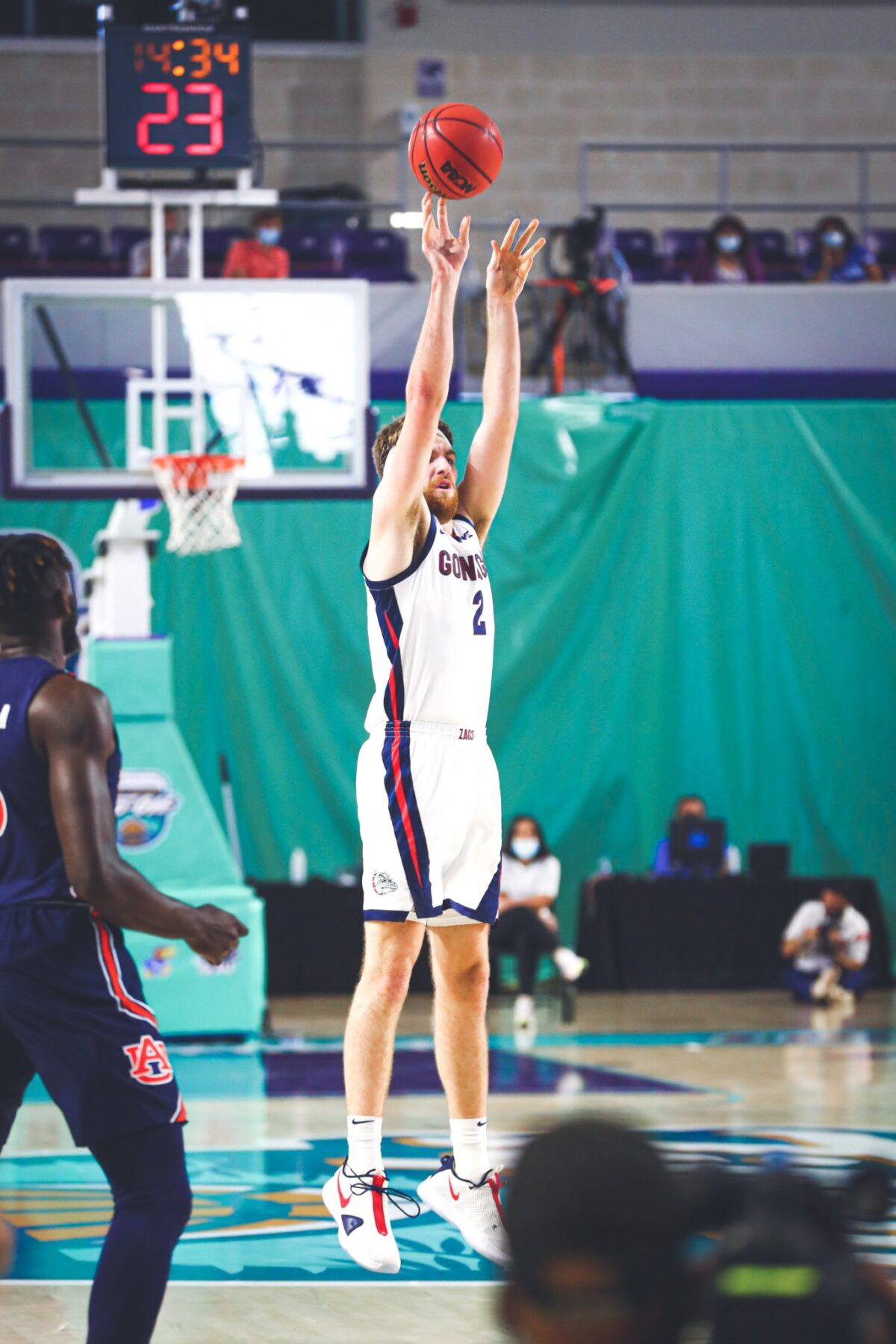 Gonzaga’s Drew Timme announced Thursday that he will not pursue any professional options and will return for the upcoming season. His announcement, which was expected in basketball circles, helps to solidify the Bulldogs as contenders once again for the NCAA championship. They are the preseason No. 1 in numerous polls. “After reviewing options with my family, I’ve decided to return to Gonzaga,” Timme said in a statement. “I am excited to come back to Spokane and continue my collegiate career. I appreciate everything I’ve learned so far from the Gonzaga coaching staff, and look forward to growing my game more. I love playing at GU, being a part of the program, and can’t wait to play in front of the best fans in the country again.” Gonzaga also returns point guard Andrew Nembhard and brings in three Jordan Brand All-Americans in Chet Holmgren, Hunter Sallis and Nolan Hickman, along with Iowa State transfer Rasir Bolton. The Bulldogs lose Jalen Suggs, Joel Ayayi and Corey Kispert to the NBA Draft. Timme won the Karl Malone Award this past season, which is presented to the nation’s top power forward. He was named Second Team All-American by the Associated Press, NABC and USBWA. The Dallas, Texas, native, was also a First Team All-West Coast Conference selection, and the NCAA Tournament West Regional Most Outstanding Player. Timme was first in the conference in scoring at 19 points per game, at a league-leading 65.5 percent from the field, which was third in the country. His seven rebounds per game were also fourth in the conference. He started all 31 games for GU, scoring in double digits 30 times. Timme also had a team-high 14 20-point games in 2020-21, including a career-high 30 versus Oklahoma in the second round of the NCAA Tournament. Timme earned All-NCAA Tournament Team honors after averaging 20.3 points per game during the tournament. He made 64.9 percent of his shots from the field in the tournament, and 81.3 percent (26-of-32) from the free-throw line. Timme helped the Zags advance to the national championship game following a 31-0 start to the season. Gonzaga won the league regular season title for a national-best ninth straight season. The Bulldogs became the first team in NCAA Div. 1 history to reach 30 wins in five straight seasons. GU welcomes back a talented team in 2021-22, along with arguably their best-ever recruiting class, and multiple media outlets have ranked the Zags No. 1 in their early preseason projections. (Release via Gonzaga) Follow Adam Zagoria on Twitter Follow ZAGSBLOGHoops on Instagram And Like ZAGS on Facebook