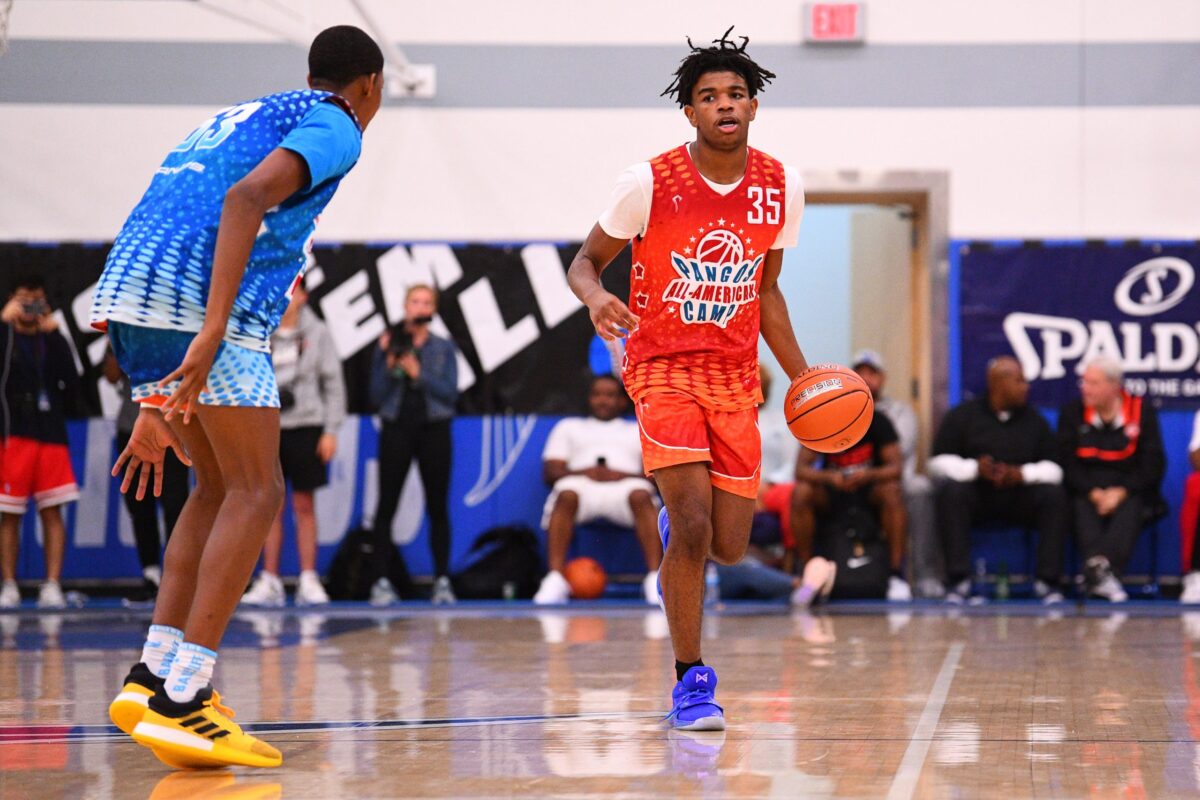 By ADAM ZAGORIA Jaden Hardy is poised to announce his future plans at 9:30 ET on Saturday and the widespread expectation is that the 6-foot-4 Hardy will go the pro route. Now projected as the No. 3 pick in the 2022 NBA Draft per ESPN.com, Hardy is considering the NBA G League path along with UCLA, Kentucky and Oregon, among others. If he picks the G League, he would join Class of 2021 forward Mike Foster, who announced last month his plans to play for the G League Ignite squad that this year featured projected Top-5 picks Jalen Green and Jonathan Kuminga earning six-figure salaries. Green said earlier this season that he would recommend the G League path to players like Hardy. “Yeah, a couple of guys hit me up at the beginning of the process , but if they ever ask me I just tell them it’s a great experience,” the 6-foot-6 Green said. “If you want to learn how to become a pro and you’re ultimate goal is to get to the league, then I think this would be the best choice for you, especially if you want to learn more and just get the knowledge of the game.” Hardy, who opted out of his senior season at Coronado (NV) High School due to the pandemic, said before the season he would be keeping an eye on various options, including the G League. “I just want to see how it is and how this first year goes for all the top players that chose that route like Jalen Green and Daishen Nix,” Hardy told Krysten Peek of Rivals.com in September. “I’ll be asking them about how they like the team and the coaching staff and just get their feedback on the whole process before going to the NBA. I don’t know a lot about it, but it’s something that I’m definitely going to look into and keep an eye on.” For players who do go the G League Ignite route in the 2021-22 season, it figures to be a much difference experience than it has been for Green, Nix, Kuminga, Isaiah Todd and the current team. Due to the pandemic, those players were cooped up in a bubble in Walnut Creek, Calif. from August until March when the G League bubble began in Orlando. The Ignite failed to qualify for the G League playoffs. Green, meantime, has since indicated he wished he would’ve gone to college. Memphis was considered his likely landing spot. “I know for a fact if (I) went to college it (would’ve) been a different talk about (who’s going) number 1,” Green said in a tweet that has since been deleted. “It’s good (though), I loved the G League. It prepared me ahead of a college move. I (ain’t) gone stop working.” (This post was updated with Hardy’s announcement time.) Photo: Brian Rothmuller/Icon Sportswire via Getty Images) Follow Adam Zagoria on Twitter Follow ZAGSBLOGHoops on Instagram And Like ZAGS on Facebook

Patrick Baldwin Jr. commits to play for his father at UW-Milwaukee

Who were the top prospects at the 'Who Want the Smoke' event in Dallas?