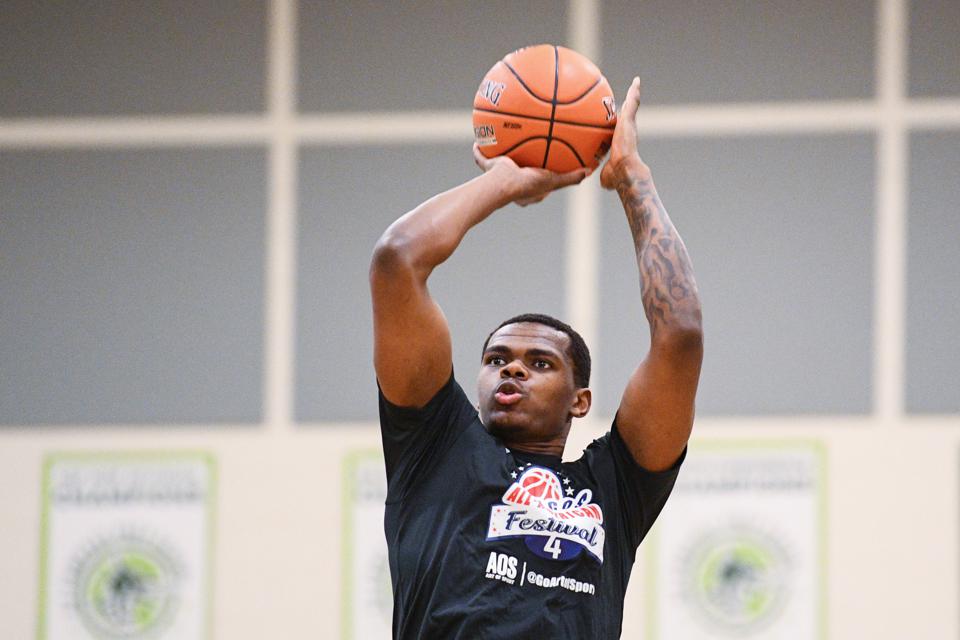 By ADAM ZAGORIA The NBA G League landed an impressive group last season with Jalen Green, Jonathan Kuminga, Daishen Nix and Isaiah Todd forming the core of the G League Ignite squad. With those players headed to the NBA Draft this July, the Ignite is looking to relaunch its roster for the 2021-22 season and Mike Foster is their first addition. The 6-foot-9 Class of 2021 power forward from Hillcrest Prep (AZ) announced for the G League over Georgia and Florida State. The Ignite pays six-figure salaries and the team played in the NBA G League bubble in Orlando this spring. “You got five high school kids that got the chance to go G League last year,” Foster told Sports Illustrated. “So this is a great opportunity for me and what my circle family decided to do to get me where I want to be. “It’ like the golden path, it’s just the right thing to do right now.” Ranked the No. 5 power forward in the Class of 2021 by 247Sports.com, Foster averaged 32.2 points and 18.4 rebounds this past season and was named a 2021 McDonald’s All-American. He’s currently projected as the No. 32 pick in the 2022 NBA Draft, per ESPN.com. “Mike Foster will bring a very unique skill set to professional basketball,” Hillcrest Prep coach Nick Weaver said. “At 6-9 he plays multiple positions and can score from all three levels. Mike can also create scoring opportunities for others. He is physically gifted and one of the best athletes I have ever seen. What really makes him special as he can guard virtually every position on the court. His NBA comparison is Julius Randle for the New York Knicks.” Weaver previously previously said Foster “is a cross between [DeAndre] Ayton and [Marvin] Bagley,” the No. 1 and 2 picks in 2018. “He’s as good as Bagley was here,” Weaver said. “He can put the ball on the floor like Bagley did and finish out in traffic. He can also post up on the block and has an incredible jump hook like Ayton did. He blocks a ton of shots also.” Foster has another star in mind. “I feel like I got the potential to be like Kevin Durant but other people see different,” he said Photo: Getty Images Follow Adam Zagoria on Twitter Follow ZAGSBLOGHoops on Instagram And Like ZAGS on Facebook