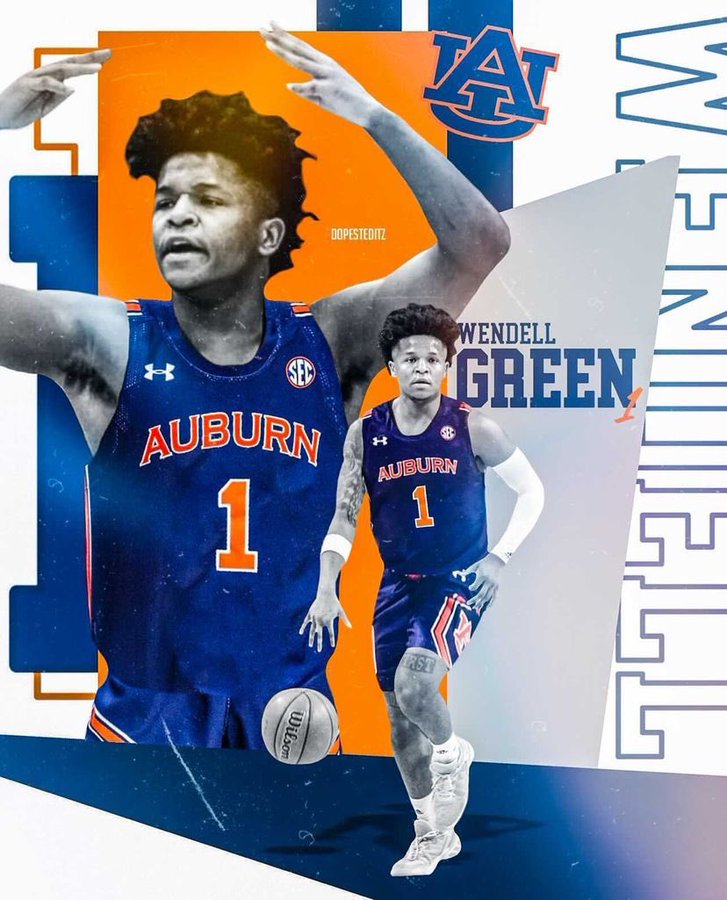 By JACOB POLACHECK Eastern Kentucky transfer guard Wendell Green Jr. has signed his financial aid agreement to play with Auburn for the 2021-22 season, head coach Bruce Pearl announced Thursday. “Auburn basketball has a history of doing special things with very special undersized point guards,” Pearl said in a press release. “Wendell Green has won at every level, but has always had to prove himself to people. He’s won at La Lumiere School in Indiana, Detroit Country Day in Michigan and last season at Eastern Kentucky. He’s a fierce competitor and he makes everyone he plays with on the floor better.” Green, a 5-foot-11, 170-pound point guard out of Detroit, MI, averaged 15.8 points, 5.0 assists, 3.4 rebounds and 1.6 steals as a freshman during the 2020-21 season. He also shot 40 percent from the field and 36 percent from three-point range. Green played in all 29 games for the Colonials, starting in 25 games and leading the team with 30.5 minutes per game. He was named a first-team All-Ohio Valley Conference selection and was one of only two freshman in the nation to have 400 points and 100 assists last season, joining Gonzaga’s Jalen Suggs. Green will have four years of eligibility remaining. In addition to Green, Auburn is bringing a number of highly-touted transfers including Charleston guard Zep Jasper, Arkansas guard Desi Sills and North Carolina center Walker Kessler. The Tigers are also bringing in five-star forward Jabari Smith Jr. Auburn recently lost a commitment from 2021 guard Trey Alexander, who reopened his recruitment on Thursday. Follow Jacob Polacheck on Twitter Follow Adam Zagoria on Twitter Follow ZAGSBLOGHoops on Instagram And Like ZAGS on Facebook