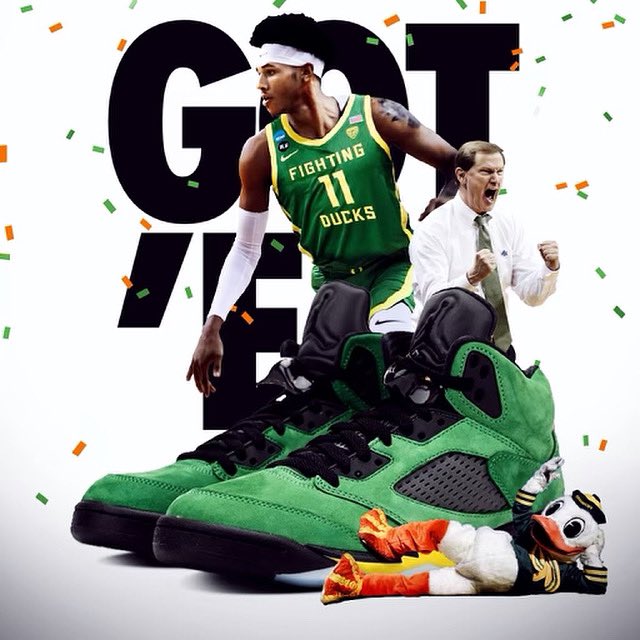 By ADAM ZAGORIA Junior college star Rivaldo Soares is headed to Oregon. The. 6-foot-7 sophomore from South Plains (TX) Community College chose the Ducks over Oklahoma State, San Diego State, DePaul, St. John’s, and Florida. “Coach [Dana] Altman and Coach Mike [Mennenga] are good people, they talk a lot about development which is big for me,” he said last week. “And Oregon continued to be in the [NCAA] Tournament.”

He averaged 15.2. points, 6.8 rebounds and 2.5 assists while shooting 46 percent from the field and 35 percent from deep. As a freshman he averaged 15.4 points. Oregon also adds Oklahoma transfer guard De’Vion Harmon, incoming power forward Isaac Johnson and incoming big man Nate Brittle. “I would say the first thing was probably play style,” Soares told ProInsight.com of Oregon. “I know my fit. I think I’m a versatile player, positionless, and I can guard. The way they play, they play positionless basketball. I just love their style of play. With the coaches, it was really easy to communicate with them. A lot of the time you feel like some coaches are just annoying sending you texts all day, but with them…one of the assistants, Mike, he did a really good job building a relationship with me. Coach Altman also did a good job building a relationship with me, they did a hell of a job recruiting me. So I would definitely say play style came first. My connection with them felt genuine, and they also had a really good track record with JuCo players. Coach Altman has coached JuCo, Chris Duarte who is in the NBA draft this year, he was a JuCo product. So I’ve seen people go from my situation to Oregon and succeed. Why not me next? Follow Adam Zagoria on Twitter Follow ZAGSBLOGHoops on Instagram And Like ZAGS on Facebook