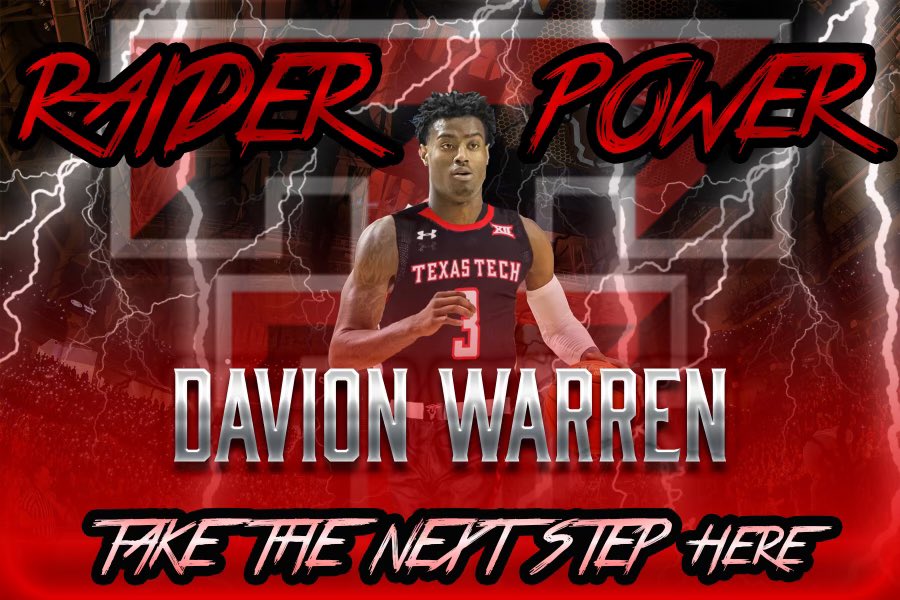 By ADAM ZAGORIA Texas Tech has landed a commitment from Hampton transfer Davion Warren. He also considered Georgia, Arkansas and Texas A&M after decommitting from Memphis. Warren played his junior and senior seasons at Hampton, where he led the Big South in scoring and ranked 13th in the nation in 2020-21 at 21.2 points per game. He shot 45.5 percent from the field, 75.5 percent from the free throw line and 30.2 percent from 3-point range, and he also contributed 6.3 rebounds, 3.0 assists and 2.1 steals per game last year. Warren had 32 points and 15 rebounds against UNC Asheville on Jan. 9, and he followed that up with a 34-point outing five days later at USC Upstate. Before joining Hampton, the Buffalo, N.Y., native played two seasons at Olney Central (Ill.) College. He prepped at Bishop Timon-St. Jude (N.Y.) High School. Follow Adam Zagoria on Twitter Follow ZAGSBLOGHoops on Instagram And Like ZAGS on Facebook