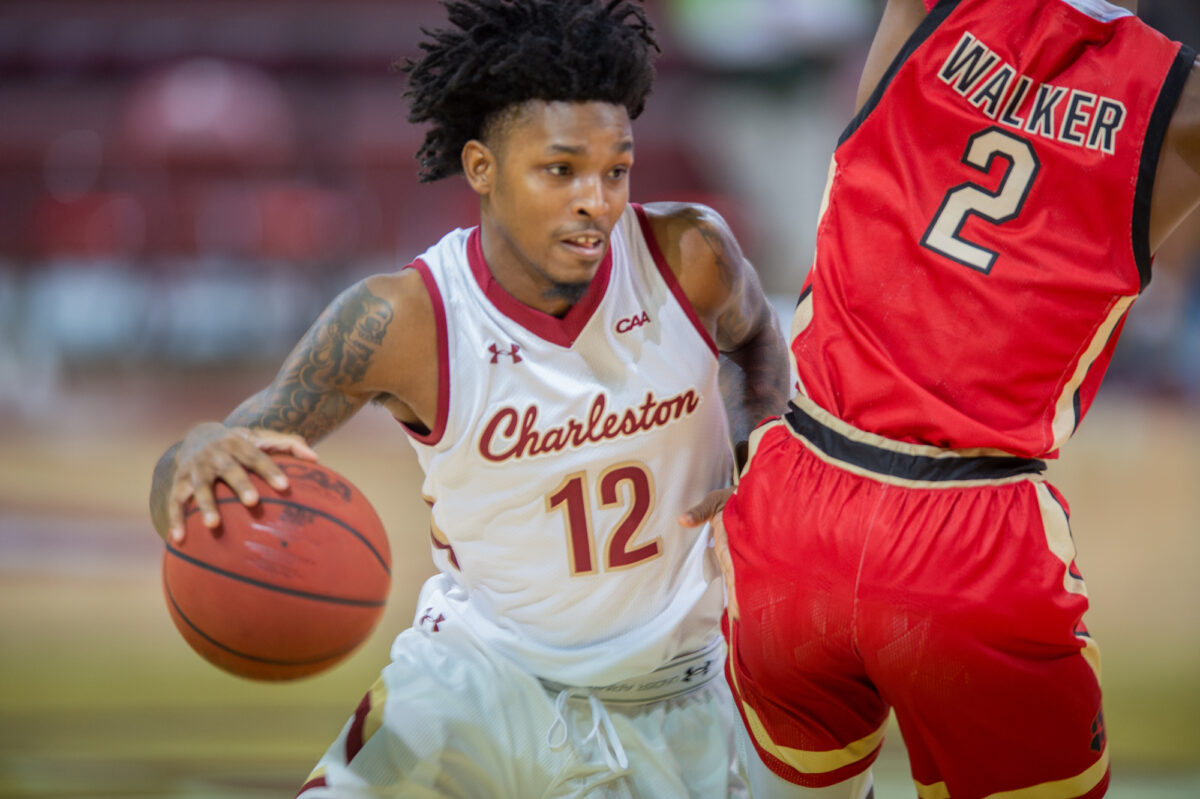 Auburn has signed College of Charleston transfer Zep Jasper, a 6-foot-1 guard who will have two years of eligibility remaining. “Zep is a hard-playing, athletic guard who wants to defend the other team’s best player,” head coach Bruce Pearl said. “He can score with or without the basketball and is excited about the opportunity to prove that he can play at the highest level. Versatility, tenacity, aggressiveness, hunger and winner are the first things that come to mind when describing Zep.” Jasper played in 83 career games for the Cougars and earned 63 starts, including 49 of his last 50 games. Jasper averaged 15.6 points, 3.7 rebounds and 2.6 assists per game while shooting 44 percent from the floor, including 35 percent from downtown, and 88 percent from the foul line during the 2020-21 season. Jasper, who was voted as a team captain, raised his scoring average eight points from his sophomore season (7.6) to his junior campaign (15.6). The Augusta, Ga. native was selected as a second-team all-conference player in the Colonial Athletic Association this past season. He also earned a spot on the CAA All-Defensive Team. Jasper reached double figures in 16 of 19 games during the 2020-21 season, including the last eight games in which he averaged 20.1 points per game. Nicknamed the “Honey Badger” for his on-ball defense, Jasper has 67 career steals. He had at least one steal in 11 of 19 games this past season. Jasper graduated from Laney High School and averaged 21 points, six assists, five rebounds and three steals per game and led the Wildcats to a region title and Class AAA state quarterfinals appearance. He was honored as the All-Area Georgia Boys Co-Player of the Year by The Augusta Chronicle. During his four years of competition at Laney, the team compiled an 84-15 record and made three Final Four appearances in the state playoffs. Jasper played one post-grad year of basketball at Notre Dame Preparatory School in Fitchburg, Mass. and averaged 22.3 points per game. (Release/photo via Auburn Athletics) Follow Adam Zagoria on Twitter Follow ZAGSBLOGHoops on Instagram And Like ZAGS on Facebook

'They emphasized that they needed me': Jordan Goldwire is ready to make an impact at Oklahoma