'They emphasized that they needed me': Jordan Goldwire is ready to make an impact at Oklahoma | Zagsblog
Follow @adamzagoria 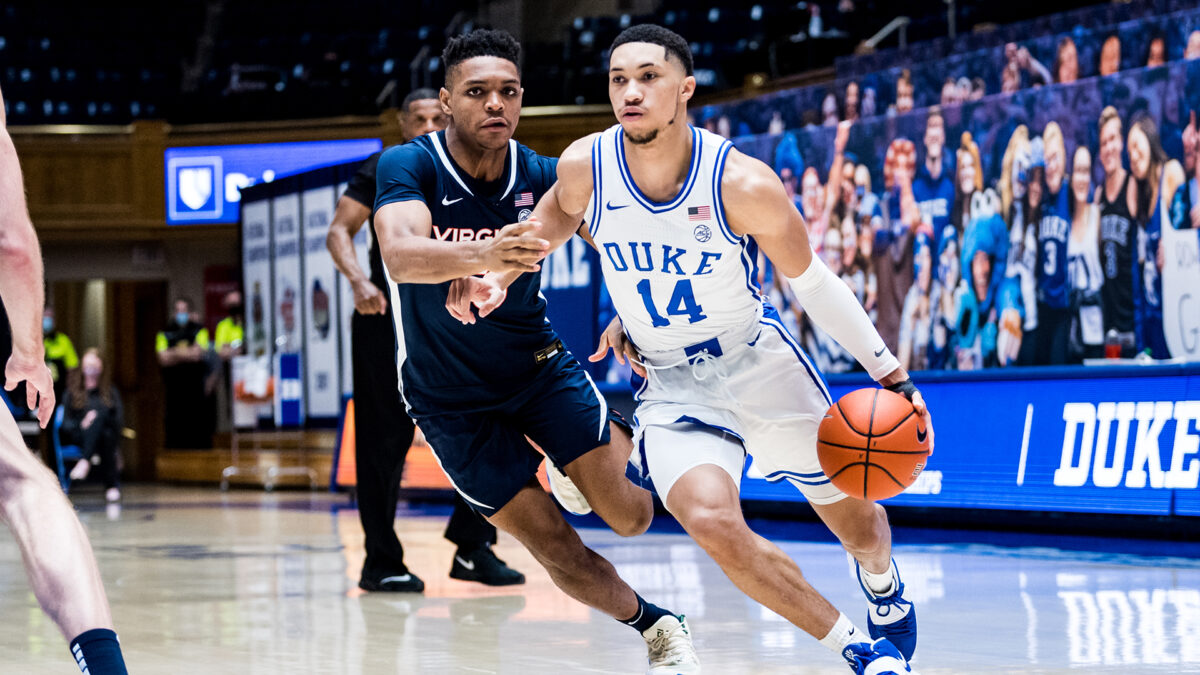 By JACOB POLACHECK Jordan Goldwire has spent the last four years developing into one of the most tenacious perimeter defenders in the ACC under Hall-of-Fame coach Mike Krzyzewski at Duke. Now, after announcing his transfer to Oklahoma for the 2021-22 season, Goldwire will finally have the chance to showcase his offensive abilities. “It’s a situation where I could go and play point guard,” Goldwire said. “I can have the ball in my hands and make plays.”   Goldwire, a 6-foot-2, 184-pound guard out of Norcross, GA, was named to the ACC All-Defensive Team last season after averaging 2.25 steals per game and leading the conference in assist/turnover ratio (+2.82). Goldwire’s 19 multi-steal games were the second-most in the nation, establishing him as one of the nation’s premier defenders. However, Goldwire’s defensive emergence didn’t happen overnight. Coming out of Norcross (GA) High School in 2017, Goldwire struggled to find playing time as an underclassmen, averaging just 7.5 minutes per game over his first two seasons. “It was definitely tough because every athlete coming up wants to play and be on the floor,” Goldwire said. A primary reason for Goldwire’s lack of playing time was the amount of NBA-ready talent that came through Durham during his freshman and sophomore seasons. Goldwire was part of a No. 1-ranked Duke 2017 recruiting class that featured five-stars Marvin Bagley III, Trevon Duval, Gary Trent Jr. and Wendell Carter. “We had a lot of future NBA players on the roster at that time, so I knew how talented we were,” he said. “But just realizing that being around people in certain situations helped me mature.” Goldwire’s sophomore year saw the Blue Devils bring in another No. 1-ranked recruiting class, this time featuring five-stars Zion Williamson, R.J. Barrett, Cam Reddish and Tre Jones. Goldwire averaged just 8.6 minutes per game as a sophomore, but had his breakout moment on Feb. 14, 2019 in a matchup with Louisville on the road. With two steals, two assists and two rebounds in the final 9:41 of the game, Goldwire sparked a 23-point comeback in a pivotal Duke conference win. “That was probably the turning point for me,” he said. The Blue Devils entered the March Madness in 2019 as the Tournament’s No. 1 overall seed, going 32-5 before falling to Michigan State in the Elite 8. “It was a once in a lifetime experience,” he said. “Every single game was nationally televised, all eyes on us. It was a cool experience, I definitely went to war with those guys.” As a junior during the 2019-20 season, Goldwire really began to shine, ranking ninth in the ACC in steals with 1.5 per game. He was named Duke co-Defensive Player of the Year as a junior before being named to the All-ACC Defensive Team during his senior season in 2020-21. Goldwire then entered the transfer portal on March 27, 2021 to find a opportunity for his fifth year of eligibility. After hearing from a number of schools including BYU, Oregon State, Utah, Wichita State and Texas Tech, Goldwire eventually made the decision to commit to Oklahoma on Monday. “They emphasized that they needed me,” Goldwire said. “So that was the situation that I wanted to be in. For me, that was big.” Goldwire’s commitment comes just a few weeks after the hiring of Oklahoma head coach Porter Moser, who played a key factor his decision. “I just saw how energetic and passionate he was about the game of basketball,” he said. “That drew me to him and just how much he lives it everyday. He wakes up with a bunch of excitement. He has a good vision for me, so the relationship we’ve built in this short time is honestly great.” Goldwire joins Eastern Washington forwards Tanner and Jacob Groves as the latest transfer to commit to the Sooners. “We’ve got a good team and I’m excited to be a part of that group,” Goldwire said. “We’re still adding some new pieces. This team’s not totally done, so I’m excited right now. ” Photo: Duke Athletics Follow Jacob Polacheck on Twitter Follow Adam Zagoria on Twitter Follow ZAGSBLOGHoops on Instagram And Like ZAGS on Facebook