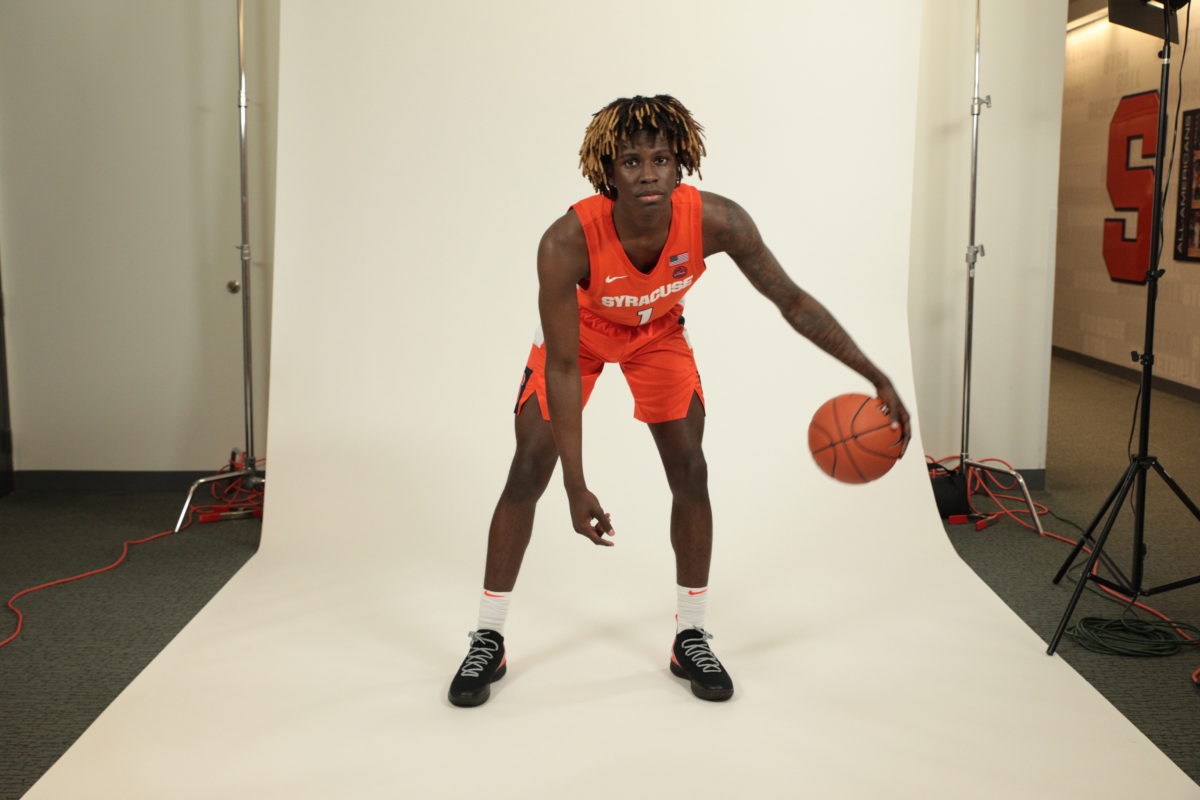 After getting a verbal commitment from Syracuse transfer Kadary Richmond on April 6, Seton Hall announced the signing on Friday.

“We are excited about adding Kadary to our Seton Hall Family,” Pirates coach Kevin Willard said in a release. “He is a great talent with infinite potential and brings a different dimension to the lead guard spot. He has great size and length, can score in multiple ways and makes plays happen for his teammates. He is a competitor and a proven winner and leader going back to his PSAL city championship days at South Shore High School. We’re excited to welcome another Brooklyn guard into the program, continuing our lineage of bringing in New York City’s finest.”

In 2020-21, Richmond appeared in all 28 games for Syracuse and averaged 21 minutes a game as a true freshman. He averaged 6.3 points, 3.1 assists and 1.6 steals per game. A strong defender, Richmond ranked 13th in the nation in steal percentage, according to KenPom, recording a steal in 4.52 percent of Syracuse’s possessions while he was on the court. He recorded four or more steals in a game six times.

In his first career start, Dec. 3 vs. Niagara, Richmond had a stat-stuffing night with 16 points, six assists, four steals and three blocks. On Jan. 19 vs. Miami, he played 20 minutes and recorded eight assists and five steals. He made six of seven field goal attempts and finished with 14 points on Jan. 31 vs. NC State. He scored 15 points at Duke on Feb. 22, and he recorded a career-high 10 assists to go with four steals on March 1 vs. North Carolina.

Richmond was a star in New York City during his high school days, helping South Shore High School win back-to-back PSAL Championships in 2018 and 2019. He was named the MVP of the 2019 PSAL Tournament after posting 23 points and eight rebounds in the title game win over Jefferson, and he ended up being named the 2019 New York City Public School Player of the Year. Richmond also spent a prep year at Brewster Academy in 2019-20, helping the Bobcats to a 34-3 record and a share of the National Prep Championship (title game vs. Putnam canceled due to COVID-19) while being named first-team All-NEPSAC.

Richmond is following in the footsteps of two recent Seton Hall star guards that also called Brooklyn home. Lincoln High School star Isaiah Whitehead helped the Pirates win the 2016 BIG EAST Tournament championship and was a unanimous first-team selection before going on to being selected in the NBA Draft. Bishop Loughlin star Khadeen Carrington also helped The Hall win the 2016 BIG EAST Tournament, led the Pirates to an NCAA Tournament win in 2018 and ranks in the school’s all-time top 10 in scoring with 1,846 points.

Richmond is joining the perennial BIG EAST contending Pirates, who are coming off their sixth straight top-four finish in the league that includes winning the 2016 conference tournament championship and 2020 regular season title. Alongside Richmond, the Pirates have added graduate transfer guard Jamir Harris and graduate transfer forward Alexis Yetna and are bringing in a top-25 rated freshman recruiting class that will help Seton Hall once again compete for another conference championship and NCAA Tournament bid. Follow Adam Zagoria on Twitter Follow ZAGSBLOGHoops on Instagram And Like ZAGS on Facebook