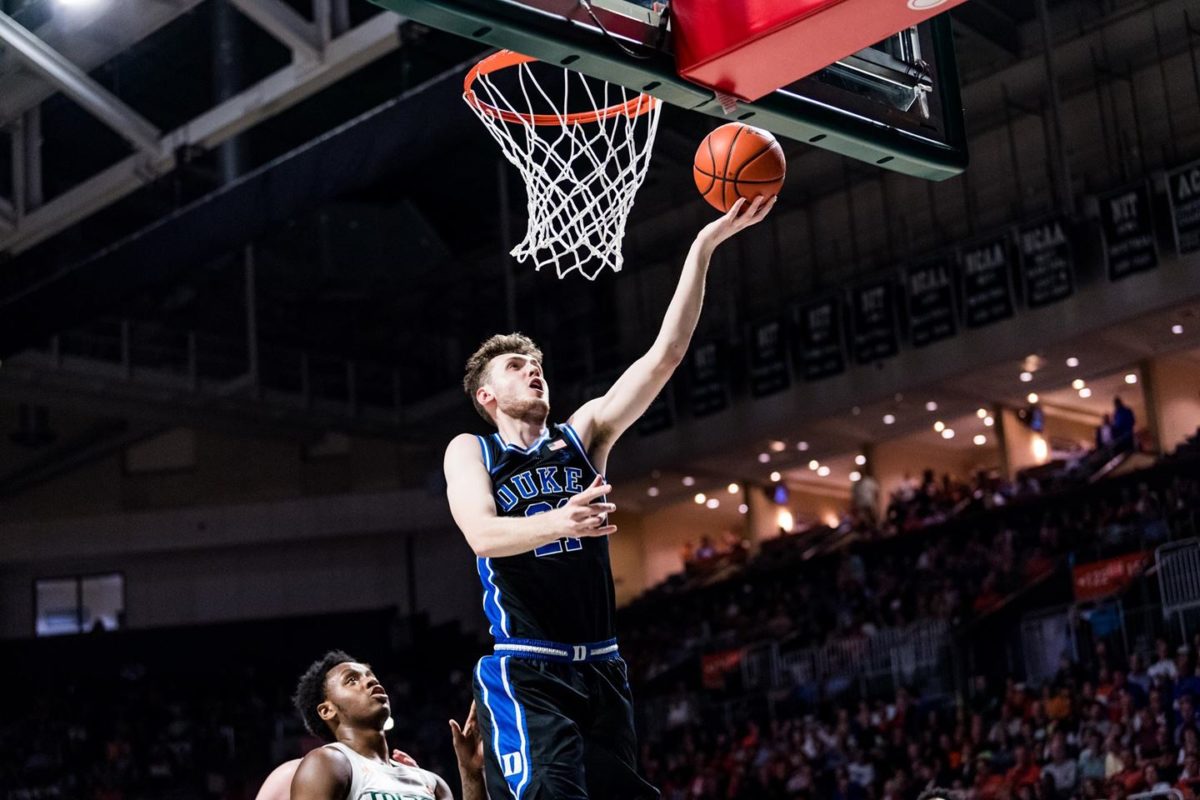 Duke sophomore forward Matthew Hurt has declared for the 2021 NBA Draft, the school announced The first-team All-ACC selection, who led the league in scoring this season, intends to hire an agent. He is ranked the 48th best available prospect per ESPN.com. “First I want to thank God and my family for blessing me with this opportunity and helping me continue to achieve my goals,” said Hurt. “And of course, I’m so appreciative of Coach K, the coaches and staff at Duke for always trusting and believing in me. It was always a dream of mine to play at Duke, and it’s also a dream of mine to play in the NBA. Duke has made me become a better player and person, and has put me in a position to take this next step in my career. I know this has been a difficult year for so many people, and although our Cameron Crazies didn’t get to see us play this season, know that we appreciate all the love the and support you show our team. Finally, I want to thank all of my past and current teammates for driving me to get better every day. Although I will miss putting on the Duke jersey, it means so much that I’ll have a part in the Duke Brotherhood for life.” A native of Rochester, Minn., Hurt emerged as one of the ACC’s elite offensive performers in his sophomore campaign. His 18.3 points per game and 18.6 points in conference-only games both led the league, while his .556 field goal percentage ranked second in the conference and 38th nationally. A consistent threat from the perimeter, Hurt knocked down 56-of-126 (.444) from three-point range, and his 2.33 made three-pointers per contest were good for fourth in the ACC. “The NBA team that drafts Matthew is getting a player very dedicated to his craft,” said head coach Mike Krzyzewski. “He is already a pro in how he approaches the game and approaches his development as a player and a person. I want to thank Matthew and his family for being a part of our program for two years, and I can’t wait to follow his growth at the next level. He is a skilled offensive player and it’s a shame our fans didn’t get a chance to appreciate in person the incredible season he had as a sophomore. We will miss Matthew and wish him all of the best as he attacks the next phase of his journey.” (Release via Duke) Follow Adam Zagoria on Twitter Follow ZAGSBLOGHoops on Instagram And Like ZAGS on Facebook