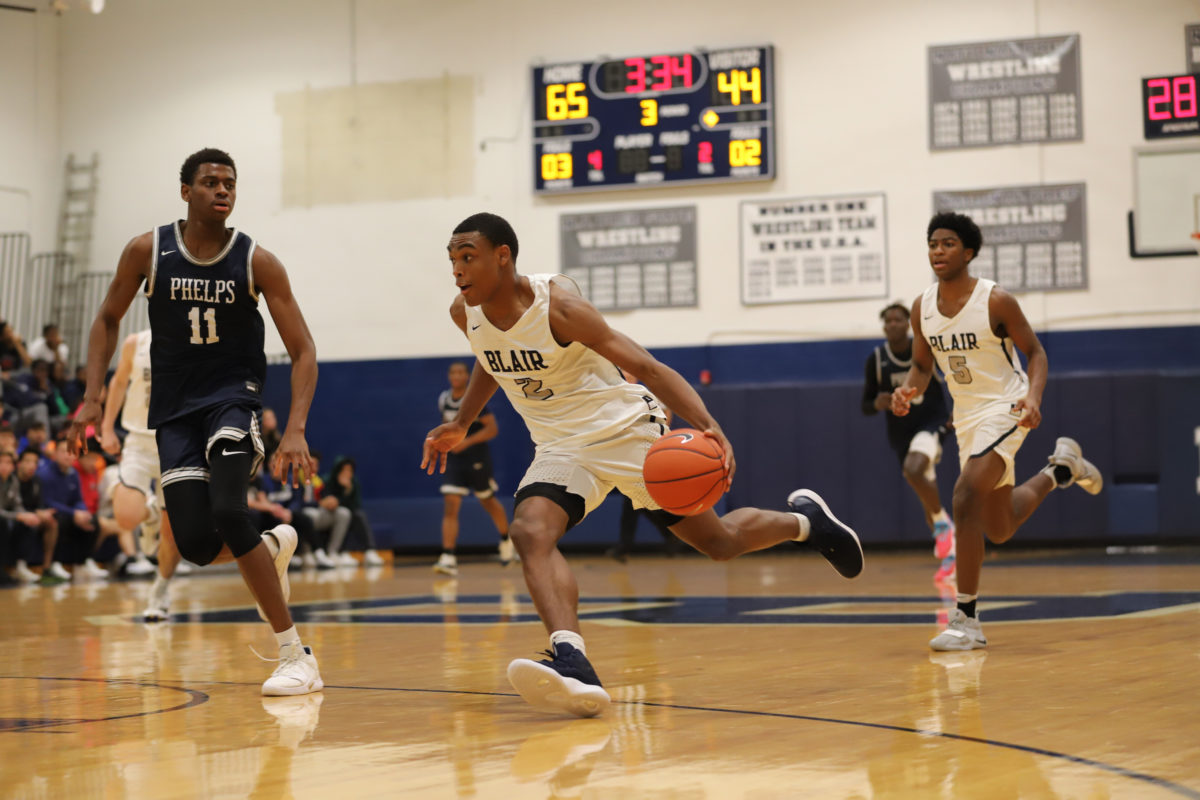 By ADAM ZAGORIA Jaylen Blakes picked up a scholarship offer from Duke on Monday. “It feels great,” the 6-foot-2, 195-pound sharp-shooting senior guard from Blair (N.J.) Academy and the NY Lightning AAU program said. Blakes said he’s still “working through” the process but “a decision should be coming rather soon.” “It’s been in the process the past few weeks,” Blair assistant Jon DeJesus said of the offer. “The more film they watched, and with talking to him, they love his grit and the type of character he has.” Ranked the No. 16 point guard in the Class of 2021 by 247Sports.com, Blakes also holds offers from Pittsburgh, Boston College, VCU, Illinois, Georgia, Iona, Rutgers, Yale, St. John’s, Penn State and UConn. As a junior, the Franklin, N.J. native averaged 19 points, 5 assists and 3 rebounds while shooting 37 percent from deep. Blakes is 74-10 in his career at Blair and has never lost a home game and only lost one league game on four years “Jaylen had great offers early on but bet on himself,” Blair coach Joe Mantegna said. “Duke recognized he is a Top 100 player and an absolutely impressive young man and the winningest player in Blair basketball history who possesses every intangible a winning culture would require.” Follow Adam Zagoria on Twitter Follow ZAGSBLOGHoops on Instagram And Like ZAGS on Facebook