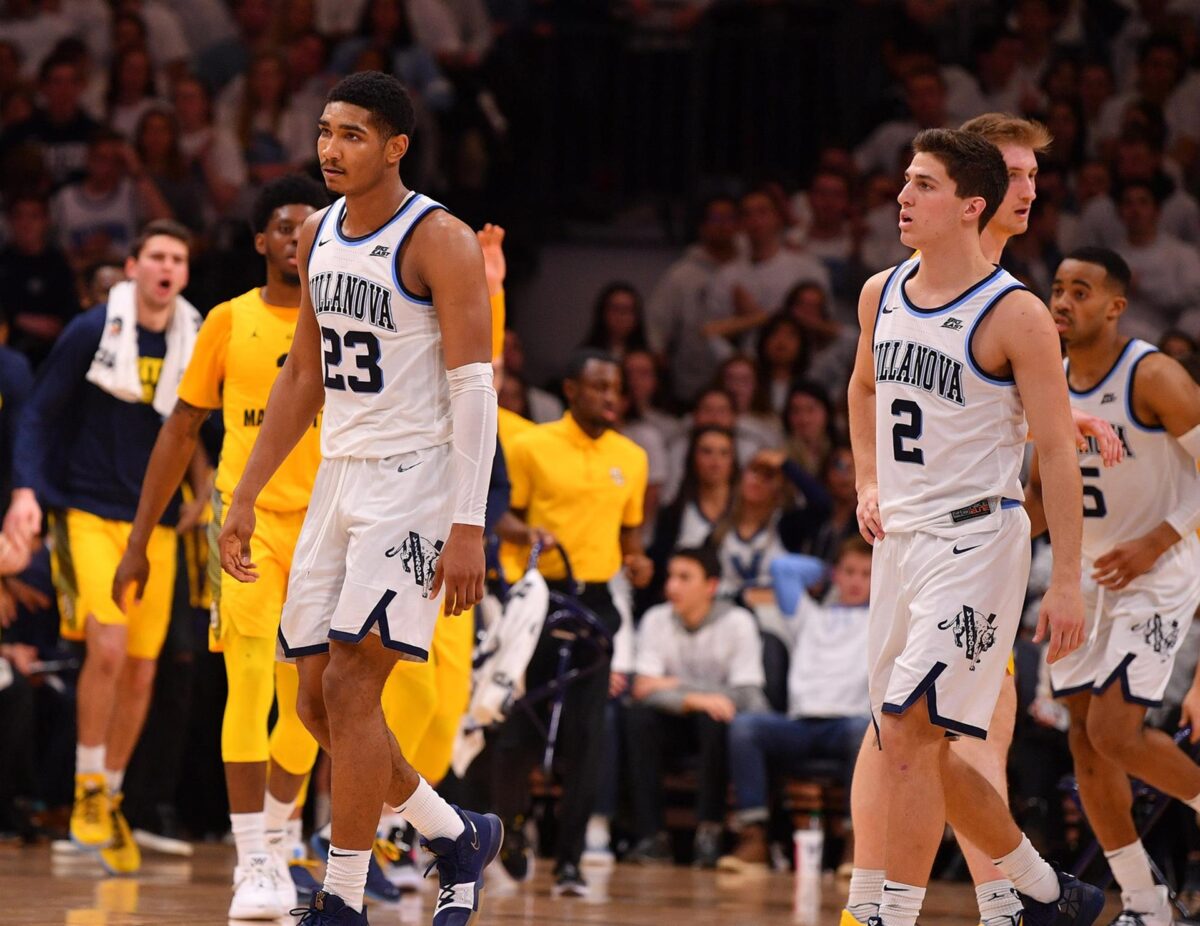 By JACOB POLACHECK Villanova received some big news Monday when it was announced that guard Collin Gillespie and Jermaine Samuels Jr. will be returning for the 2021-22 season. Gillespie, a 6-foot-3, 190-pound point guard out of Huntingdon Valley, PA, averaged 14.0 points, 3.3 rebounds and 4.6 assists per game during the 2020-21 season before suffering a torn MCL in his left knee on March 3.  “Since my injury and over the last few months supporting my teammates from the sidelines, I have had much time to think about my future,” Gillespie said in a press release Monday. “I have received valuable feedback and have had many conversations with my family and the coaching staff allowing me to make a confident decision regarding this upcoming season.” Gillespie was a finalist for the Bob Cousy Award, honoring the nation’s top point guard and was named 2021 co-Big East Player of the Year alongside teammate Jeremiah Robinson-Earl and Seton Hall forward Sandro Mamukelashvili. “Collin has made the decision to return to VU after receiving valuable feedback,” Villanova head coach Jay Wright said. “He remains focused on his rehab process in preparation for next season. We’re excited to have one of our great leaders return to battle with us.” Samuels, a 6-foot-7, 230-pound forward out of Franklin, MA, averaged 12.0 points, 6.4 rebounds and 2.5 assists per game during the 2020-21 season. “After much consideration and many valuable conversations with my family and coaching staff, I have decided to COME BACK for another season,” Samuels said. “There’s nothing like playing Villanova Basketball, wearing that V on my chest and playing for my teammates and coaches. I’m excited to return to Villanova to focus on becoming an even better student-athlete and man. See you soon Nova Nation. GO CATS!!” Villanova is losing Robinson-Earl to the NBA Draft as well as freshman forward Cole Swider, who announced his transfer to Syracuse earlier htis month. However, the Wildcats are bringing in the nation’s No. 4 ranked recruiting class for 2021, per 247Sports.com, with four-stars Trey Patterson, Jordan Longino and Nnanna Njoku, as well as three-star guard Angelo Brizzi. Follow Jacob Polacheck on Twitter Follow Adam Zagoria on Twitter Follow ZAGSBLOGHoops on Instagram And Like ZAGS on Facebook