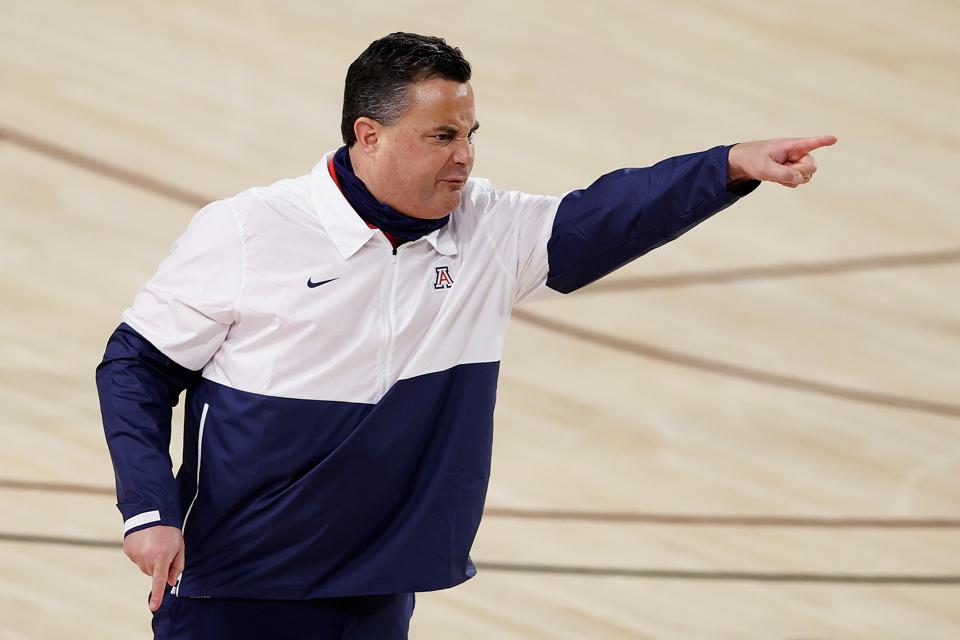 The long and winding saga that was Sean Miller’s tenure at the University of Arizona is over. The school has parted ways with Miller, 52, after 12 years, the school announced Wednesday after it was first reported by Jeff Goodman of Stadium. He is the second coach whose school was a subject of the federal investigation into bribery in college basketball to lose his job after former Louisville coach Rick Pitino was fired in 2017. Pitino is now the head coach at Iona. Miller was never directly linked to improper behavior, although the NCAA served Arizona with a Notice of Allegations last October that included five Level 1 violations, one of which singled out Miller for failing to monitor two assistant coaches accused of academic misconduct and improper recruiting inducements. The school self-imposed a postseason ban this season. Arizona owes Miller about $1.4 million. He was set to earn $2.5 million from Arizona and $400,000 from Nike and IMG. His buyout is 50 percent of the $2.5 million but he has 13.5 months left so it’s about 1.4 “We appreciate Sean’s commitment to our basketball program and to the university,” said Vice President and Director of Athletics Dave Heeke in a statement. “After taking the many factors involved into account, we simply believe that we need a fresh start and now is the time. I want to thank Sean, Amy and their sons for their service to the university and wish them the very best in the future.” Click here for the full story on ForbesSports. Photo via Getty Images Follow Adam Zagoria on Twitter Follow ZAGSBLOGHoops on Instagram And Like ZAGS on Facebook